Lt. Colonels Lonneal and Patty Richardson were recently given the additional appointment of Territorial Racial Diversity and Inclusion Secretaries. Here we get to know them a little better and get a glimpse of this new responsibility.

How did you meet or come to The Salvation Army? 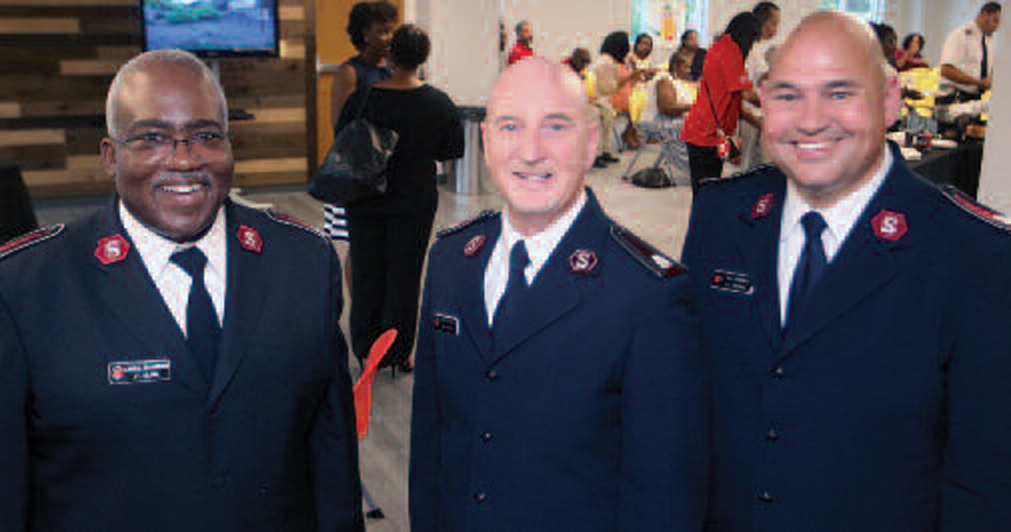 Lonneal: My mother worked at a Salvation Army battered women’s shelter in Memphis near the Southside Corps. She shared with the officer, Mrs. Brigadier Gertrude Purdue, her difficulty finding childcare for my youngest brother. Mrs. Brigadier Purdue told my mom the corps had a childcare center, took her there and together they enrolled my brother. After that my other two brothers and I started attending character-building programs. We had our own church; my mother always made sure we attended, but we often struggled to find transportation or had to use public transportation. Mrs. Brigadier Purdue and my mother developed a deep friendship which led her to say, “Maggie, I wouldn’t want you and your boys to miss church, but I see you rushing to try and make church services, and the corps has church services.” Once again, she accompanied my family to the corps for Sunday service. We were the first black family to attend the Memphis Southside Corps.

Patty: My mother worked with the woman who was the Sunday school sergeant at the Omaha South  Corps. Vacation Bible School was theffirst time we went to the corps. I was 9 or 10.

When and how were you called to be an officer? 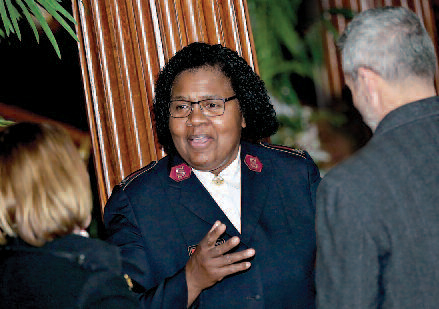 Patty: I was about 13 when I first saw an African-American officer. It was the first time I thought I could be an officer. Confirmation of that calling came a few years later at youth councils.

Lonneal: Growing up I’d never seen an African-American officer so I never considered officership. My family and I became increasingly involved in corps life, and one of the soldiers, Bill Sharp, a Boy Scout leader, saw leadership potential in me. He kept me focused on my relationship with Christ. Today we would say he became my spiritual mentor. While attending youth councils, at age 16, I responded to the call to officership. I didn’t know what it would mean for me, an African-American teen who had only seen people who looked like himself in the War Cry.

What have you found most fulfilling about your ministry and service?

Patty: The opportunity to share Christ and disciple individuals in ways that resonate with them is the pinnacle of an officer’s service. We have enjoyed seeing young people in afterschool programs improve in basic academic skills, aspire to college and other employment opportunities. Seeing adults make substantial progress in various areas of their lives and find a place they were glad to call their church home was humbling. Helping to position the Army in a community as a viable resource for human service and impact.

Lonneal: How God has used me to help redeem broken people but also to serve as a catalyst to redeem broken systems. It’s exciting to see how God uses His children to redeem broken human systems that blind people from experiencing His love and mercy. God has allowed The Salvation Army to be able to speak into the lives of people across socioeconomic and racial boundaries with a message of hope and love.

What excites you about this new opportunity? 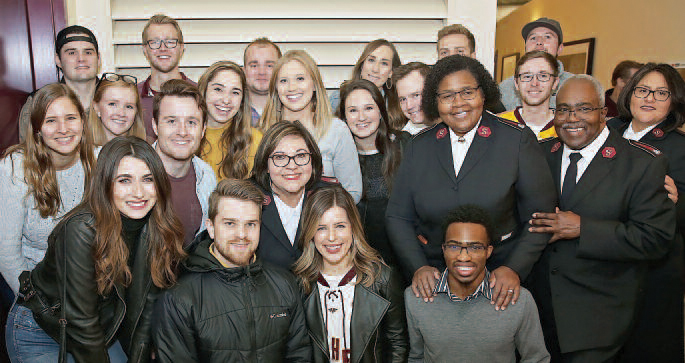 Patty: The Salvation Army does not exist and operate outside of society. Our Army can be a greater representation of the communities where we exist and demonstrate God’s heart for all. We are called to serve all people without discrimination, not only as recipients of services but equal partners in ministry. The opportunity to help this territory realize its potential is exciting. We’re humbled and excited to work toward our territorial leaders’ forward-thinking vision.

Lonneal: Because of The Salvation Army’s uniqueness, we can address many of the problems that plague our communities and country. God has often situated the Army in communities which allow us  the opportunity to address the needs of broken people and the systems that often cause their brokenness. We have this great opportunity to speak life into what are often seen as lifeless communities. But we must never mistakenly think we can do it alone; we need to partner with men and women who have the means and expertise to assist us in our redemptive mission.

How has your officership, and any appointments in particular, prepared you to take on this new responsibility?

Both: We feel tremendously blessed that all our corps appointments were in urban areas. Through those experiences we discovered Christ at work reconciling His people unto Himself for the work of The Salvation Army. God led us to work with individuals who had similar callings to minister in the heart of the city. We saw and experienced first-hand the effects of broken systems that discriminated against people based on their race and socioeconomic status. These systems not only broke our hearts, we knew they broke the heart of God and often were impediments to people experiencing the fullness of His mercy and grace. Throughout our ministry God has equipped us to assist the Army in greater mission effectiveness through the ministry of reconciliation.

Could you talk briefly about why bringing the Ferguson Empowerment Center to fruition was so crucial? 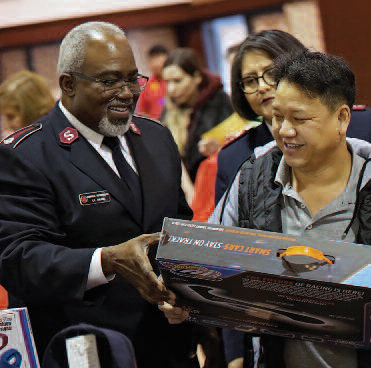 Lonneal: Again, God is not only able to redeem broken people but desires to redeem broken systems which was never more evident than in Ferguson, Mo. The death of Michael Brown revealed what many people in Ferguson already knew, the system was broken. As Salvation Army officers, Patty and I realized human efforts alone could not redeem the brokenness exposed in Ferguson. We prayed God would use The Salvation Army as an instrument of healing in this community that desperately needed to know God had not abandoned them. We believe God cultivated our friendship with Mike McMillan [president and CEO of the Urban League of Metropolitan St. Louis] and brought us together to build the Ferguson Empowerment Center as a beacon of hope.

Part of your role will be to leverage best practices regarding racial diversity and inclusion for the territory. Do some come to mind already?

Lonneal: The Ferguson Empowerment Center is a perfect example of what can happen when we allow the Holy Spirit to prick our hearts when we see systems that not only destroy hearts but souls. God has allowed The Salvation Army to be in the unique position to address many of our country’s social ills; we must determine if we are willing to allow Him to use us in new ways to truly be a pathway of hope and healing.

In recent years cadet sessions seem more culturally diverse. How will this benefit the Army? 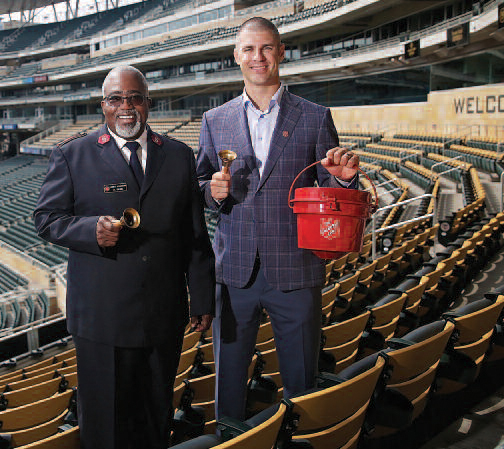 Patty: We need more officers who reflect the communities we serve. Communities need to see we want to be a part of them, and they can be a part of our mission as equals. It’s difficult to measure the importance of our young people seeing someone who looks like them leading, preaching, teaching, caring and making a difference. That’s how I first believed officership was a possibility.

How might our territory more effectively prepare and promote minority officers for leadership?

Lonneal: First and foremost, by listening to both the internal and external struggles many minority officers face. Realizing it is hard to provide hope to others when you have lost hope of things changing. Second, our white brothers and sisters must be willing to come alongside our minority officers in solidarity.

Patty: Along with that willingness to walk alongside in solidarity must come the realization that attempting to operate from the standpoint of being “color blind” has not helped us to appreciate the diverse communities The Salvation Army exists in. Acknowledging our ethnic and cultural uniqueness  helps us to find common ground from which we worship and work in common purpose. 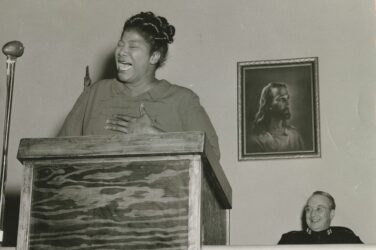 Among the thousands of photos in the Central Territory Museum’s holdings this image is ... 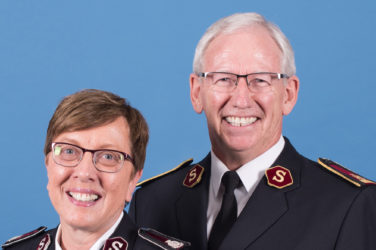 GENERAL Brian Peddle will be formally welcomed as the 21st international leader of ... 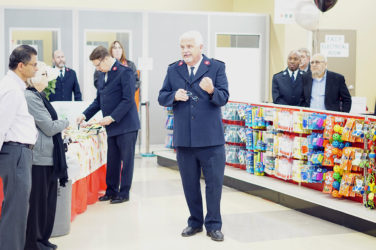