Into their fourth year of serving at International Headquarters (IHQ), Commissioners Merle and Dawn Heatwole find themselves in a new set of challenging appointments getting at the heart of mission and logistics for the Army worldwide.

They’ve been in their current roles of international secretary for business administration (Merle) and secretary for mission strategy (Dawn) since last April, after leading the Americas and Caribbean Zone. The change in positions has altered their focus, everyday routine and work, even their travel schedules.

Commissioner Dawn’s position is new, an eclectic mix of responsibilities which sees her working on campaigns like The Whole World Mobilizing; being the point person for the Center for Spiritual Life and Development and the One Army initiative; serving on the International Literary and Management Councils and Appointment Boards; organizing weekly IHQ chapel services and special programs; coordinating prayer focuses with the zonal offices, and providing pastoral care for officers and employees at IHQ, especially those with difficult health issues.

Her ministry takes her into the community as well as being a part of a forum made aware of security issues in London and working with several police departments. She’s even coordinated efforts with a major movie company’s public relations team on a big display outside of IHQ.

“It’s a great opportunity,” she said. “Every single day is different, and I love the variety of what I’m doing.”

What she finds most fulfilling is the opportunity to sit down one-on-one with people and listen to their burdens and concerns. Recently she was asked to mentor an IHQ employee who is hoping to go to the training college later this year—a joy for this former candidates’ secretary!

Commissioner Merle’s role makes him responsible for all business operations for the Army internationally, including audit, facilities management, finance, information technology (IT), property and the Reliance Bank. Currently, he is overseeing two of the most significant and expansive projects implemented in the Army’s history.

One is the implementation of a new financial software package, IFAS NetSuite, for all supported territories in the world. For the first time, this software will ensure every territory in the world has access to a professional method of monitoring and evaluating the financial health of their territory and will provide IHQ real-time reports on their financial health.

The second project is implementation of Microsoft Office 365 to replace Lotus Notes in all territories worldwide as the official communication and collaboration tools. Through this project the number of officers and employees with access to official Salvation Army email and collaboration tools will increase from approximately 55,000 users to over 150,000 users internationally in the future.

He says the most challenging part of his work is recognizing the overwhelming financial needs that exist throughout the Army world and determining how best to fairly distribute the limited resources where they’re needed most and will make the most impact.

“Having enjoyed the abundance of the Western world, it is often heartbreaking to see the extreme poverty experienced by many in the rest of the world,” he said. “However, the joy is being able to see the sacrificial commitment of officers, soldiers and employees throughout the world who serve faithfully in very difficult circumstances and make a significant impact on the lives of those they serve.”

From Nigeria to the Netherlands, Commissioner Merle travels much more these days than his wife, but occasionally they go together, like a trip to the Kenya West Territory where they visited the beautiful officers’ training college campus and worshipped with 77 cadets—an experience that compelled a normally reserved Commissioner Dawn to dance. The Heatwoles also visited the Kenya East Territory where they were blessed by sharing in worship at the Nairobi Central Temple Corps, one of the largest in the world with an average attendance of over 1,000 on Sundays. Stepping out of his box, Commissioner Merle and other IT Council members entered into a cricket match with boys at The Salvation Army’s Boys Home in Colombo, Sri Lanka—the boys definitely had the advantage!

“It’s been a joy to share in worship with Salvationists throughout the world and to see their joy and love of God through their unique cultural expressions,” said Commissioner Merle.

When in London, the Heatwoles enjoy attending the Croydon Citadel Corps. They both participate in the songsters; Merle plays in the band, and Dawn leads a Bible study for an international group of women.

Other firsts this last year include the birth of their granddaughter, Trinity, and participation in the High Council which elected General Brian Peddle.

“It is a heavy responsibility, and one that nobody in the room took lightly,” said the Heatwoles. “You recognize that you have been given a sacred opportunity to shape the future of The Salvation Army.” 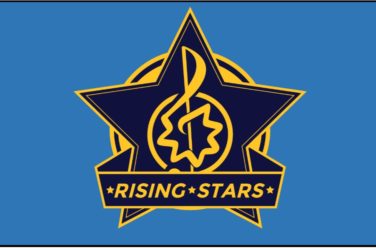 by Elizabeth Malovance Last year saw the start of a new online music and ...

by Commissioner Heidi Bailey, Territorial President of Women’s Ministries A few months ago our ...