The work of Exército de Salvação (The Salvation Army in Portuguese, the official language of Brazil) started in Rio de Janeiro in 1922. Operating as a national religious entity (per a presidential decree in 1984), the Army incorporated its social services in 1974 as APROSES (Assisténcia e Promoção Social Exército de Salvação), which was recognized as a federal public utility in 1991.

The territory is divided into four administrative regions and one district. Among its 57 institutions include homes for are early childhood education centers, nurseries, a home for street children, support services for youth living in social vulnerability, a students’ residence, vocational training for youth, a care center for vulnerable women, teens and children, a homeless adult center, a home for older adults and prison ministries.

An evangelistic sports ministry campaign, for which several international mission teams and individuals provided support, was held in 2014 when the FIFA World Cup came to the country. International support for a second sports outreach to local youth in area corps will occur when the 2016 Summer Olympics arrives in Rio! 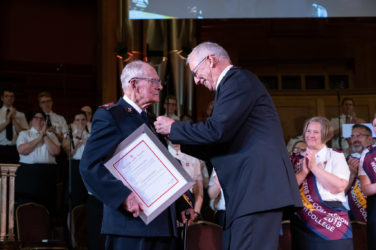 GENERAL Brian Peddle admitted 95-year-old Commissioner Harry Read to the Order of the Founder, The Salvation Army’s highest honour, during ... 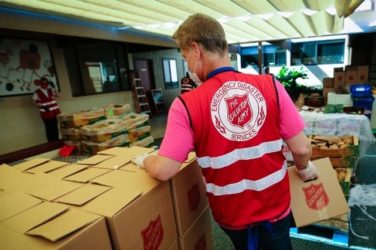 The Salvation Army in California and Arizona, USA, Demonstrates ‘Love is Kind’ to Asylum Seekers

EVERY day, more people cross the border from Mexico to the USA, seeking asylum. And every day, The Salvation Army’s emergency ...