When the 46 members of the Territorial Youth Chorus arrived at Newark Airport in the early morning hours of October 4, they were ready for adventure yet ready for bed, but fatigue was no match for all the Lord had in store for them in the New York City metro area.

After a sightseeing excursion into Manhattan, the TYC joined with the Eastern Territorial Staff Songsters (ETSS) and many talented young singers from the Eastern Territory for its Singing Stars. Held at Star Lake Camp in New Jersey, the event united the musicians for a retreat aimed at strengthening musicianship, mentorship and ministry.

Photos by Pat Robinson Kevin and Sheryl Slous from the Canada and Bermuda Territory challenged the Singing Stars to trust God to keep His promises and to fulfill His purpose through their lives and their talents. Afterward, delegates gathered in small groups with a prayer partner mentor to continue the discussion. “I liked that the groups were able to dive into what was said in the devotionals,” said Brianna Kruse, a mentor from the Northern Division.

Many TYC members expressed gratitude for the sense of community that was strengthened through the weekend. Haley Voss, a five-year TYC veteran from the Western Michigan and Northern Indiana (WMNI) Division, said, “Singing with this group is my favorite way to use the gifts that God has given me.”

TYC soprano Isabel Wurtz from the Metropolitan Division commented, “I love how we all connected through the music during rehearsals, so the performance was just filled with praise.”

“To me it was like a glimpse of what heaven will be like since we were singing and worshiping God all day,” summarized Jose Sanchez, Northern divisional music director. “It was amazing.” 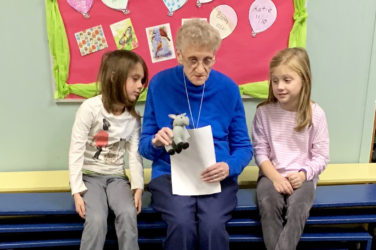 by Ruth Stoel Early in my career when I worked in the mortgage department of a bank, we hired a new administrative ...

Summer camps start soon! View the schedule for your division’s camp by clicking on the appropriate link below. Eastern Michigan ... 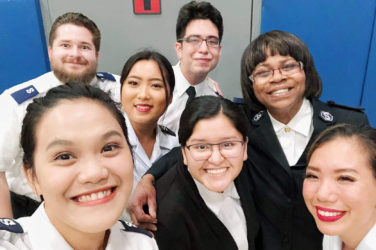