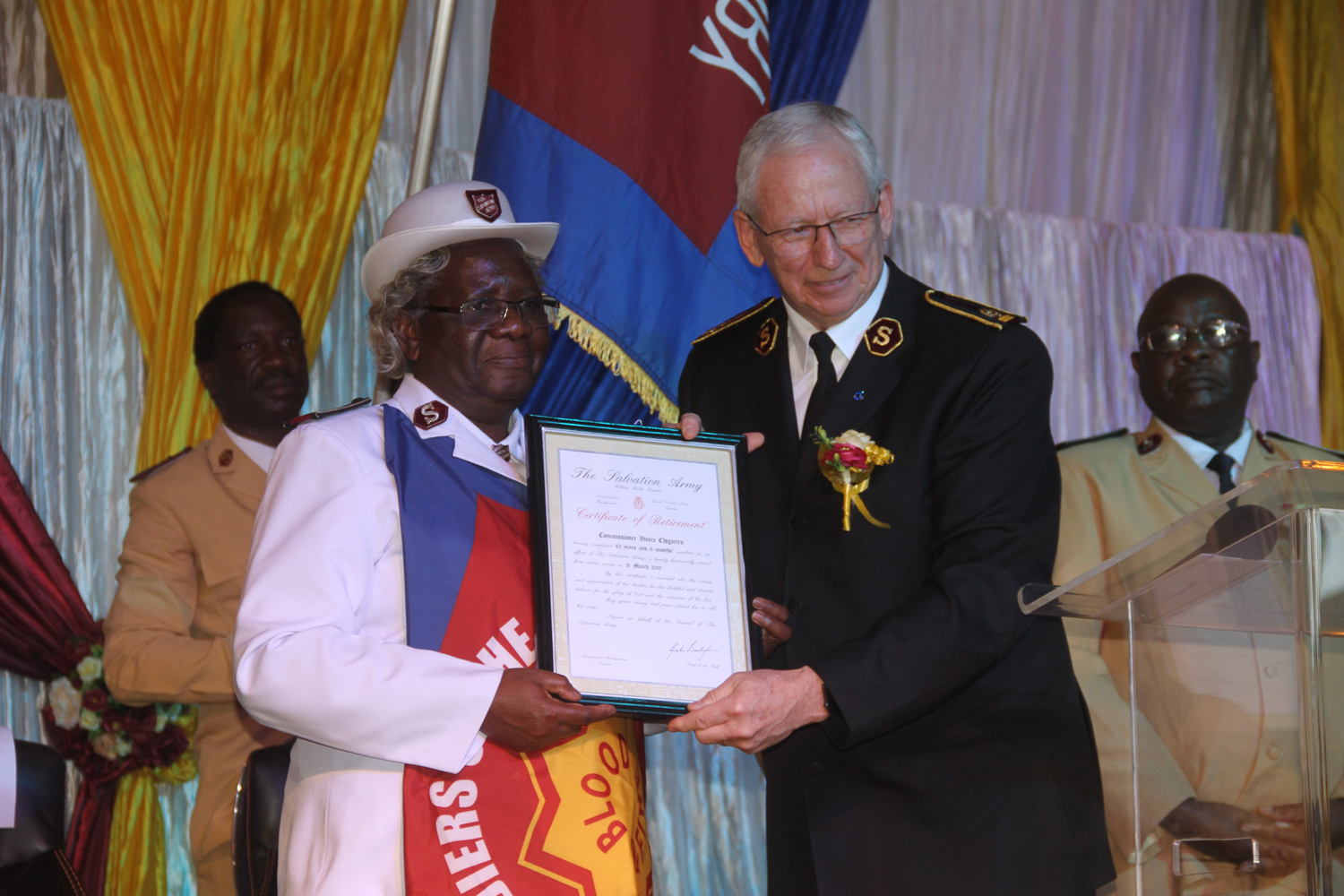 LEADING the retirement meeting for Commissioner Vinece Chigariro, General Brian Peddle challenged Salvationists from the Zimbabwe and Botswana Territory to be people of prayer and holiness – attributes that were demonstrated in the life of the commissioner. ‘We should all be ready to be a people of prayer, a people of holiness and holy living,’ he said, ‘to be a people who will take up the battle for Jesus Christ!’ Commissioner Chigariro entered retirement on 31 March 2019, having served for 43 years and seven months. At the time of her retirement she was the international Salvation Army’s ‘senior commissioner’ – the officer to have served longest as a commissioner.

The five-hour meeting was attended by thousands of Salvationists and friends from Zimbabwe, including territorial leaders Commissioners Joash and Florence Malabi, along with representatives from Zambia, Uganda and the SALT (Salvation Army Leadership Training) College of Africa.

The General paid tribute to Commissioner Chigariro’s faithful service in her home country of Zimbabwe and in Tanzania, Zambia, Kenya and Uganda – where she concluded her active officership. He described her as a woman of faith, conviction, determination and resilience, and a blessing to many. ‘It needs to be on record today,’ he told the congregation in Harare, Zimbabwe, ‘that she has served faithfully, she has represented Zimbabwe around the world, and she has shown success as a woman leader. She has spoken into the international agenda of The Salvation Army … she has earned the respect of leaders and Salvationists around the world.’

In her retirement message, Commissioner Chigariro thanked God for his faithfulness and protection over many years of service. She attributed her success and resilience in ministry to prayer, and encouraged serving officers to press on despite the challenges they will face. She assured the congregation that ‘I have trusted my God in everything’. Various speakers commended Commissioner Chigariro for visionary leadership and the desire to see the Army grow.

The meeting was a fitting occasion for the General to express words of comfort to Zimbabweans in the midst of the devastating Cyclone Idai. He encouraged the people gathered to take refuge in God as their strength and fortress, even during natural disasters and socio-economic challenges.

More than 160 applications poured in this year from throughout Nebraska vying for the ... 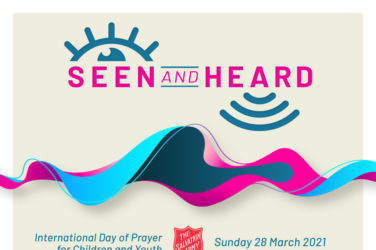 IN readiness for The Salvation Army’s 2021 International Day of Prayer for Children and Youth on ...