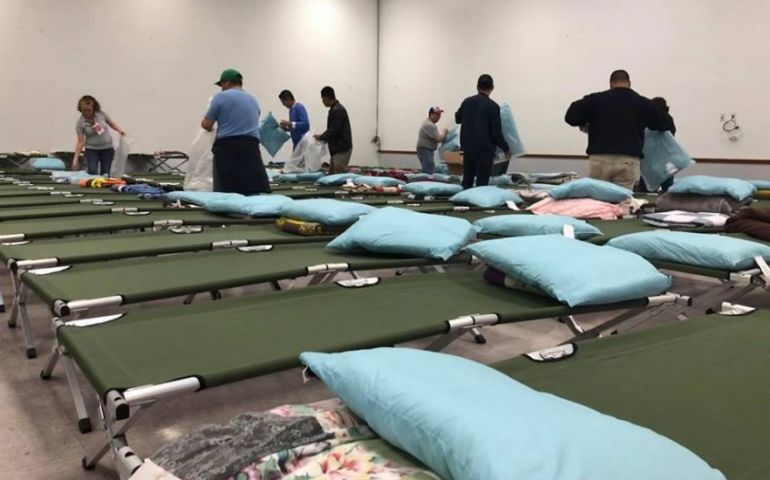 McAllen, Texas (March 27, 2019) – At the request of the City of McAllen, The Salvation Army has been providing emergency overnight shelter, food and other services to around 100 refugees per night, for the last seven days. The individuals and families coming to The Salvation Army have each been successfully vetted and processed at the border and are awaiting transportation to approved locations in the USA.

Since 2014, The Salvation Army in McAllen has worked closely with Catholic Charities, providing up to 400 meals a week to their Respite Centers for individuals who have been processed at the US border. Recently, Catholic Charities and other non-profits in the city have been overwhelmed by the sheer number of people being admitted at the border resulting in the emergency request for additional assistance from The Salvation Army.

This week, Catholic Charities requested that The Salvation Army provide 900 meals per day. These meals are in addition to the provision of dinner and breakfast for the 100 people staying in the temporary shelter housed in the Army’s banquet hall. The Salvation Army EDS team from Denton County in North Texas has been deployed to McAllen and additional teams are being recruited to assist in the coming weeks. The Salvation Army is also working with partner churches in South Texas to provide support to local staff and volunteers.

“This is the very first time that The Salvation Army here in Hidalgo County has had to house refugees to help with the overflow,” said Captain Stephen Correira, Commanding Officer of The Salvation Army in McAllen. “We serve in the name of Jesus Christ suffering humanity and we serve without discrimination.”

Buses transporting refugees arrive at The Salvation Army around 5 PM, after which dinner is served and staff and volunteers work to make the guests, including children and babies, as comfortable as possible. Shower facilities and hygiene products are made available and have been greatly appreciated by those staying in the shelter. After breakfast the next morning, the buses are loaded and the daily clean up and set up begins again in preparation for those who will arrive in the afternoon. In the week March 19-26, 2019, the McAllen Salvation Army provided shelter to 714 refugees and is prepared to serve in this way as long as the need remains.

Additionally, The Salvation Army has provided a mobile shower unit that has been stationed at the Catholic Charities Respite Center since mid-February.

You can support the ongoing humanitarian efforts of The Salvation Army by making a financial donation at www.salvationarmytexas.org/mcallen.

This spring the territorial praise band The Singing Company is releasing its second extended ... 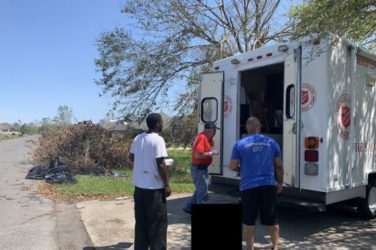