With architectural details representing the best of vintage and modern design, The Salvation Army’s 3010 Apartments in St. Louis, Mo., has been honored with the 2015 National Trust/HUD Secretary’s Award for Excellence in Historic Preservation.

Retaining historic elements without drastically altering interiors, the $12 million renovation produced 58 one-bedroom apartments for individuals with special needs. Not only was the building’s design preserved but its historic, continuous usage for sheltering which started in 1907 with the “News Boys’ Home and Protectorate.” In 1970, the building was purchased for a Salvation Army harbor light.

Gary Busiek, divisional social services director, said the building’s usage came full circle when young adults exiting foster care were included as eligible residents for the 3010 Apartments, as well as individuals with physical and behavioral disabilities. Residents are supported by services from a variety of agencies that are also represented on the building’s advisory council.

The building is part of a $60 million Midtown Project to transform this underutilized area. The first phase was a $9 million residence for military veterans, several of whom had been housed in the harbor light.

The second phase was renovating the harbor light into the 3010 Apartments, during which time the treatment center relocated to the building’s annex and the corps and pastoral services moved to the new veteran’s residence, said Captain Adam Moore, harbor light administrator.

Phase Three, the captain continued, is a new-construction “Wellness Center,” which repositions the harbor light to maximize out-patient treatment. Phase Four will be the new corps and community center, and the final phase will be a new, market-rate residential/commercial building. 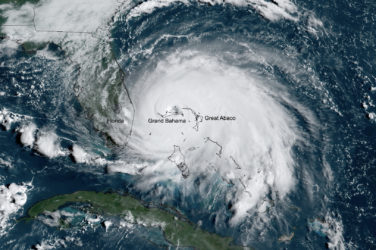 International Salvation Army disaster relief personnel and volunteers are deploying to Nassau and Freeport in the Bahamas to assist the ...

Salvation Army Disaster Resource Centers (DRC) providing flood-relief items and additional support have been opened in the Sioux City and ... 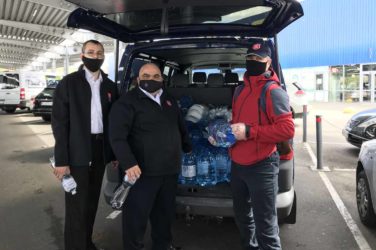 RADIATION levels 16 times higher than normal have posed a major threat for firefighters and other emergency personnel tackling wildfires ...