The Salvation Army’s Caribbean Territory is headquartered in Kingston, Jamaica, where the Army launched its work in that part of the world in 1887. It’s comprised of 16 countries and has almost 250 active officers (pastors) plus more than 75 retired officers. The territory’s Training College (seminary) for officers is also located in Kingston.

More than 11,000 senior soldiers, 3,700 junior soldiers and 1,900 adherents attend 129 corps (churches) and 42 outposts throughout the territory, and more than 1,000 people are employed in 166 schools educating thousands of children and 59 social service institutions, including feeding centers, clinics, homes and shelters.

Recent developments include increased partnerships of advisory boards to the Army’s mission in Antigua, Guyana and Jamaica through enhanced donor cultivation and guidance of fund development plans. And, several more Haiti rebuilding projects in the wake of its devastating 2010 earthquake were completed, including the construction of 15 reservoirs and wells, in addition to the dedication of 19 renovated schools and the opening of a new corps hall in Fond-des-Negres.

by John Marshall I was invited to attend the dedication of The Salvation Army’s ... 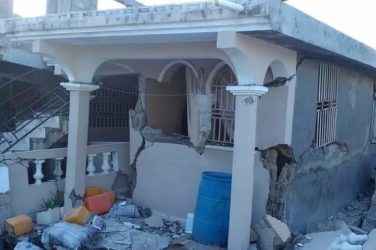 The Salvation Army Responds to Devastating Earthquake in Haiti 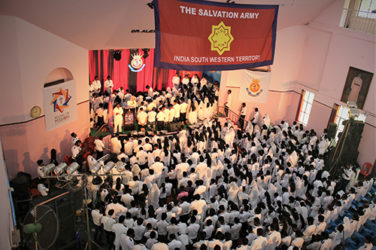