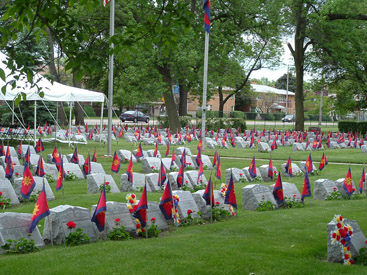 In his quest to create online memorials for each of the 600 Salvationists buried in The Salvation Army section of the Glen Oak Cemetery, Hillside, Ill., Major Paul Moore is seeking information about people for whom few facts exist in the Central Territory’s archives.

Following are just a few cases for which the major is trying to track down information and photographs. He can be reached at [email protected]

And, here are 21 people buried at Glen Oak for whom Major Paul Moore has no information:

The Salvation Army in New Zealand is on standby to provide assistance to people affected by the 7.5-magnitude earthquake that ...

The colors pop out as you enter the first room; rows of orange, yellow, blue, red and white T-shirts, racks ...