Carlos Chacón joined the Rockford Temple, Ill. Corps in 2011 and quickly found fellowship and belonging. Five years later he participated in his first Salvation Army men’s conference and found his life transformed by the Holy Spirit.

“The speaker was sharing a message that resonated: ‘When you go home, what is the mission you will take with you?’ The sermon helped the Holy Spirit touch my heart. I fell to my knees and vowed to share the love of Jesus with the world, even though I wasn’t sure how I would do that yet.”

Several months later Carlos saw a sign that sparked an idea—he could make signs and flyers proclaiming love for Jesus. The next day when commuting, he noticed an empty parking lot that looked like an ideal place to pray and share God’s Word with the community. Carlos brought members of the corps to pray with him, including Major Mark Martsolf, corps officer at the time, who encouraged him in his endeavor to take God’s message to the streets.

In May 2017 Carlos held his first street prayer meeting where he read the Bible and prayed with passersby. The next month, he led a prayer for the city of Rockford, highlighting gun violence and other struggles the community faced.

Since then, Rockford Temple’s street evangelism has taken off, connecting the corps to other parts of the community in new and enriching ways. Carlos began posting flyers for outdoor prayer meetings, and the corps received calls from other churches and pastors who attended and shared sermons, music and food. The number of people attending varies, with many meetings drawing more than 40.

Despite the pandemic, 2021 was one of most rewarding years for the corps’ street evangelism because although churches were closed, people felt safe gathering outdoors to celebrate Jesus.

Carlos also leads other corps evangelism efforts such as distributing free Bibles directly to the community, and he participates in The Salvation Army’s Night Patrol which provides food, toothbrushes, coats and other necessities to the homeless.

“The Lord told us to go and make disciples,” concluded Carlos. “There is only so much we can accomplish by staying inside the church walls and never coming out. Give sharing the Gospel with someone new a chance; you never know who will listen. And it is such a joy to share the Word of Christ.” 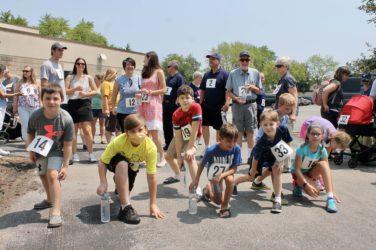 Summer at the Norridge Citadel, Ill., Corps this year brought a series of events ... 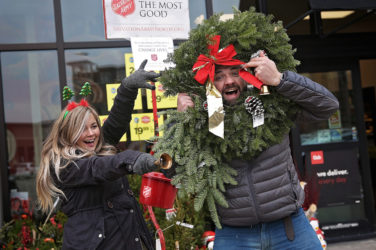 Demonstrating a little “kettle karaoke” while ringing bells can be a laugh-filled, cheer-spreading experience ... 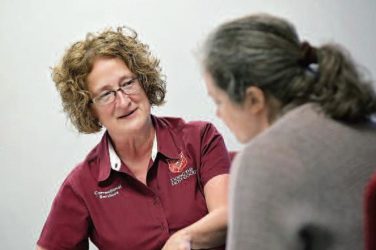