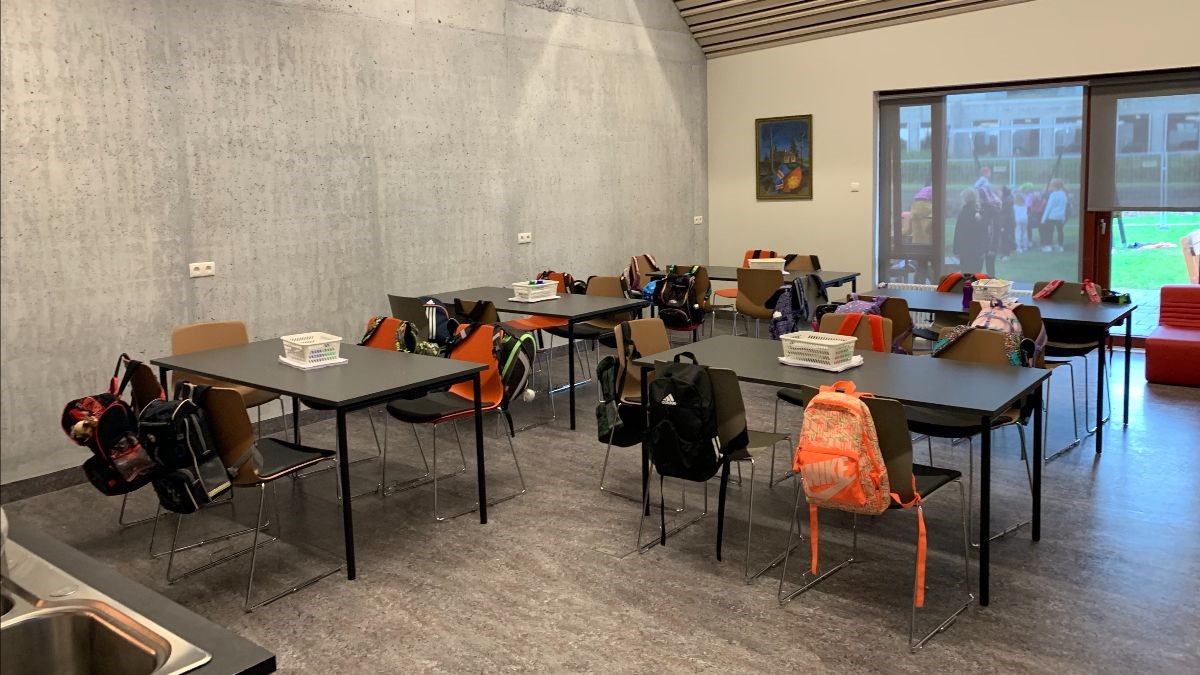 THE final run-up to the official dedication ceremony of a new Salvation Army premises might ordinarily be spent applying a few finishing touches. Perhaps a little extra cleaning, or applying a dab of paint here and there. Not so for The Salvation Army in Reykjavík, Iceland. Instead, with little more than a week’s notice, much of the space in the purpose-built new worship and ministry facility has been reconfigured as temporary classrooms to help a local school.

Fossvogsskóli – a nearby neighbourhood school – was grappling with damp and associated mould problems on its premises. It was considered unsafe for the health of students or staff so school officials and municipal authorities were searching for a solution. With mobile classrooms expected to take up to three weeks to arrive, the situation was urgent.

After being alerted to the need, Salvation Army leaders Captains Hjördís Kristinsdóttir and Ingvi Kristinn Skjaldarson and Territorial Envoy Ester Ellen Nelson came together with Fossvogsskóli staff, council workers and the children’s parents with a mission: to reinvent the first floor of the new Salvation Army building as a temporary school, ready for welcoming the children from grades 2 to 4 every day from 8 am until 2 pm.

The work has included transforming part of the building into two separate classrooms, as well as erecting a temporary fence around the brand new playground equipment. Careful planning and collaboration has enabled the cordoning off the ‘school’ area from the rest of the building. This ensures that the children and teachers have a safe and private space in which to study and play.

Salvation Army team members have also been busy feeding the extra 140 young mouths that have now started their curriculum in the temporary classrooms. School meals have included favourites for the children and teaching staff as well, from chicken nuggets and salad to baked fish and sweet potato mash.

Ingibjörg Ýr Pálmadóttir, the Principal of Fossvogsskóli, says that the students and teachers are ‘doing well’ and that The Salvation Army ‘has received the school extremely well’.

Meanwhile, the dedication of the new building on Suðurlandsbraut continued as scheduled on Sunday 29 August, led by corps officers (church leaders) Captain Ingvi Skjaldarson and Territorial Envoy Ester Ellen Nelson. The special meeting included participation by the territorial leaders for The Salvation Army in Norway, Iceland and the Færoes, Commissioners Knud and Lisbeth Welander. Chief Secretary Colonel Bente Strømner Gundersen brought words of introduction and a Bible reading. The commissioners prayed words of blessing over the new facility and The Salvation Army’s work in the community. Commissioner Knud shared his passion about the work going forward in the name of Jesus.

President of Iceland, Guðni Th. Jóhannesson, spoke of the important place that The Salvation Army has in the country. He also applauded the inclusive nature of the ministry in Iceland – work carried out ‘with open hearts and open minds’. The Suffragan Bishop Kristján Björnsson also gave words of blessing over the work, and the Deputy Mayor of Reykjavík, Þórdís Lóa Þórhallsdóttir, spoke of The Salvation Army’s great history of ministry to the people of Reykjavík. She described the new facility as ‘beautiful’ and expressed appreciation for the partnership between the city and The Salvation Army over the years.

Growing up in a small Ohio town, Ryan Read had more or less raised himself with little moral input from ... 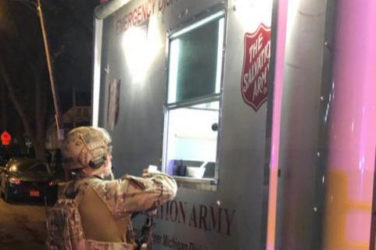 MILWAUKEE COUNTY, WI – Chaplains with The Salvation Army of Milwaukee County are providing emotional and spiritual care to the ...

Tulsa, OK (May 26, 2019) Oklahoma’s weather continues to create chaos across the state.  In northeast Oklahoma, flooding has reached ...