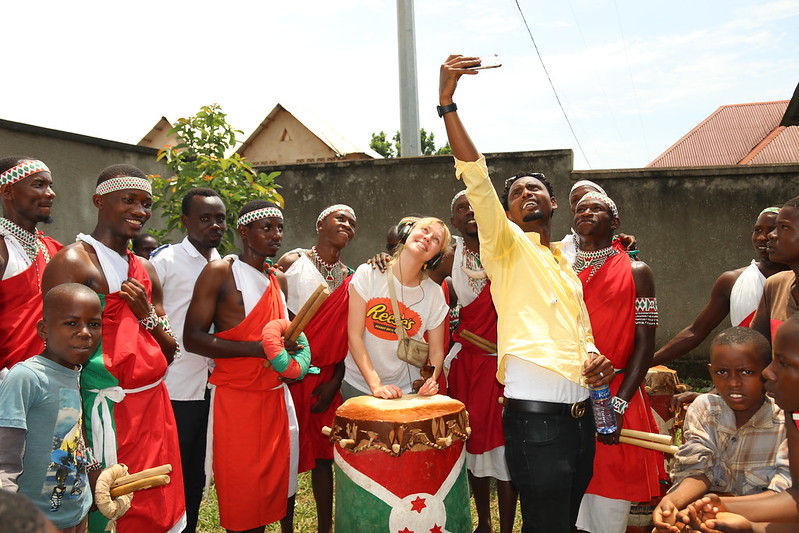 AS the African republic of Burundi prepares for presidential elections, The Salvation Army has been working on peace-building initiatives to avoid the violence that surrounded the 2015 elections in which, according to United Nations figures, more than 500 people were killed. Already, clashes ahead of this year’s election – due to be held on 20 May – have led to further loss of life.

Following the successful implementation of peace-building initiatives in Kenya (2017) and Zimbabwe (2018), The Salvation Army’s Rwanda and Burundi Command called on the expertise of International Emergency Services (based at International Headquarters) to bring together a programme of events and services that would deal with the specific needs in Burundi. Their efforts were supported through partnerships with MAC (Ministère Africain de la Compassion), and the Burundi Council of Churches, and began with a peace-building workshop in February 2020 that brought together international experts and local people, including Burundian Salvation Army leaders and members.

As with many programmes around the world, the peace-building efforts have been severely affected by the coronavirus pandemic. Most of the community-based initiatives, including football tournaments, have had to be cancelled, but one thing is going ahead – a song that promotes peace, and which will be featured by national TV and radio stations.

The Kenya and Zimbabwe peace-building efforts both included a song with the same tune and similar wording, but this time – as Burundi is a French-speaking nation – a brand-new song has been written.

International Emergency Services called on the assistance of a partner agency, Community Albums, which worked on the Kenya and Zimbabwe songs and has expertise in music and video production. Also, since 2015 it has had a recording studio in Bujumbura, the largest city in Burundi, and links with local musicians.

Rob May, Director and Co-founder of Community Albums, explains: ‘The Burundian musicians had two days to come up with the basic structure of the song and record the backing track … With these sketches, the team, which included local musicians and producers, spent the next four days visiting local schools with a mobile studio, recording the chorus and helping the children to say what they wanted to say about Burundi in the verses.

‘It was obvious from everywhere we went that the children love their country and are proud of all the good things about it. They also had a real passion and desire for peace. They all knew from personal experience the horrors of violence and unrest, and all hoped for a peaceful future – particularly around the time of the elections, which they knew had the potential to be volatile. They were excited at writing and recording the song and understood instinctively the power of what they were doing. It was humbling to see young people from different places and different faiths coming together as one to sing for peace in their country.

‘On day three of our tour of local schools, we visited the Salvation Army corps (church) in Bujumbura. The choir added to the track, and several dancers came to contribute to the music video. We also received a visit from traditional Burundian drummers. They listened to the track and added their drums to it, recording with the mobile studio.’

The music video is, says Rob, ‘essentially a document of the week, from initial recording to the different schools we visited. It captures the joy and excitement of the children, as well as conveying an important message in their own words.’

The final result was ‘Chantons Pour La Paix’ (‘Let’s Sing for Peace’). The full music video will be available via the Rwanda and Burundi Command and International Headquarters (IHQ) Facebook pages. It is downloadable in high definition (with English subtitles) from https://vimeo.com/salvationarmyihq/chantonspourlapaix

International Emergency Services Coordinator Major Alison Thompson says: ‘We are delighted with the song created by the people of Burundi and pray along with them that there will be a sense of peace and unity during these challenging times. God bless all the efforts to spread peace and harmony wherever we may be.’

François Nsengimana (Projects and Property Officer, Rwanda and Burundi Command) says The Salvation Army in Burundi is grateful for the support it has received from IHQ and the other groups involved. He adds: ‘It was extremely pleasing to see how everyone got involved in the peace-building efforts … especially how children expressed confidently and with significant passion [that they want] their country to be stable and peaceful.’

Rob concludes: ‘The thing that strikes me, having been involved in three of these projects (Kenya, Zimbabwe and Burundi), and indeed having been involved in similar projects in the UK, is how connected and similar we all are. Everywhere we go there is a desire for peace and a love of community. Everyone is rightly proud of their own cultures, and wants to celebrate what is good. Each place has different musical styles, with different melodies, different rhythms and different musical heritages. And for me it is this difference that makes the unity and similarity of the messaging in the lyrics all the more profound.

‘The desire for peace and connection is a theme that is always present.’ 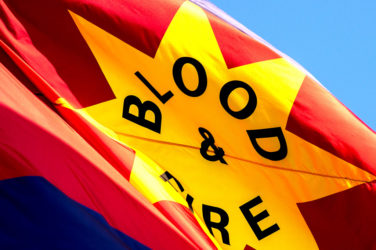 United Kingdom Territory with the Republic of Ireland

A statement by Colonel Paul Main, Chief Secretary, United Kingdom Territory with the Republic of Ireland: ON behalf of the ...

This spring the territorial praise band The Singing Company is releasing its second extended play (EP) called II. The album ...

An Army of 603 Salvation Army officers, employees, and volunteers working to feed, hydrate, and give hope in communities impacted ...