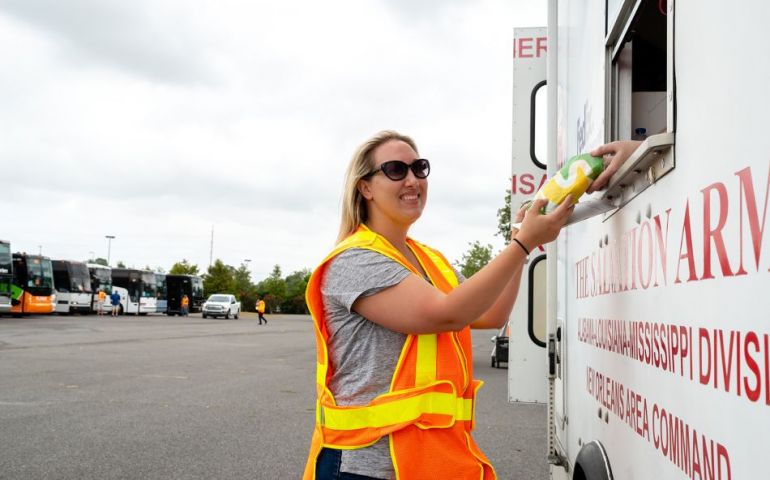 Baton Rouge, LA (July 14, 2019)—The Salvation Army’s preparations for Tropical Storm Barry have been in full swing over the weekend, as staff and volunteers worked hard to get ready for the impact of the storm. Barry made landfall as a hurricane early Saturday afternoon near Intracoastal City, Louisiana, and quickly weakened back to tropical storm status. It’s still too early to breath a collective sigh of relief, however, as the storm system is moving very slowly there is still the possibility of severe flooding. Tropical Storm Barry could potentially dump a tremendous amount of rain on already strained waterways. The Salvation Army Alabama, Louisiana, Mississippi (ALM) Division stands ready and prepared to serve as needed, with the bulk of activity so far being in New Orleans and Baton Rouge, Louisiana. Terry Lightheart, the ALM Division Emergency Disaster Services Director stated, “Preparedness and partnerships are key to an effective disaster relief response and recovery. The Salvation Army seeks to “Do the Most Good” which includes providing much needed resources to the communities where we serve in a time of need.”

Beginning on Friday, The Salvation Army of Greater New Orleans has been serving three meals a day from their mobile feeding unit (canteen) to local Department of Transportation employees who are stationed at Baby Cakes Field to inspect a fleet of buses on standby for evacuations. Lunch on Friday included sandwiches donated by Subway. The Salvation Army New Orleans Area Command also spent much of the day preparing their Center of Hope shelter for an expected increase of shelter residents as a result of the storm. Employees unloaded pallets of drinks donated by PepsiCo and moved them, along with water and other supplies, to the fourth floor of the shelter to prepare for the possibility of flooding.

The Baton Rouge Corps of The Salvation Army has also been busy in the community and at their shelter, taking full advantage of the lead-time that an event like this gives for preparation. “The good thing about hurricanes is you know they’re coming. You do get to prepare at least,” said Major Donald Tekautz, Baton Rouge Salvation Army Corps Officer. At the request of the Cajun Navy on Thursday, the Baton Rouge Salvation Army provided hydration at one of the main sandbagging locations in town. They also helped to fill sandbags and even sent Salvation Army volunteers to drop off sandbags to elderly residents who otherwise would not have been able to get them. The Baton Rouge Corps continued to help with sandbagging efforts on Friday and Saturday. The Salvation Army shelter in Baton Rouge was also a hub of storm prep over the weekend, with employees stocking the warehouse with disaster relief items such as bottled water, clean up kits, cots, and personal hygiene kits. Extra food was also put in place in the shelter kitchen in anticipation of a storm-related surge in shelter occupancy. 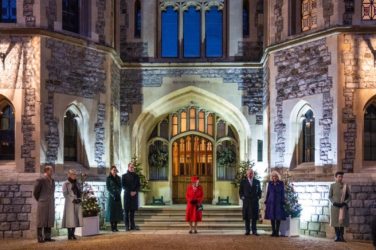 HER Majesty Queen Elizabeth II, accompanied by other members of the Royal Family, has ... 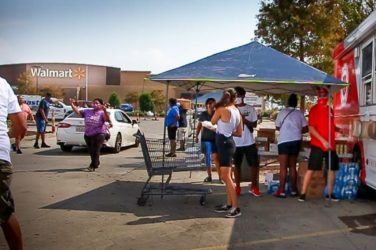 The Salvation Army teamed up with Walmart in New Orleans today to bring relief ...