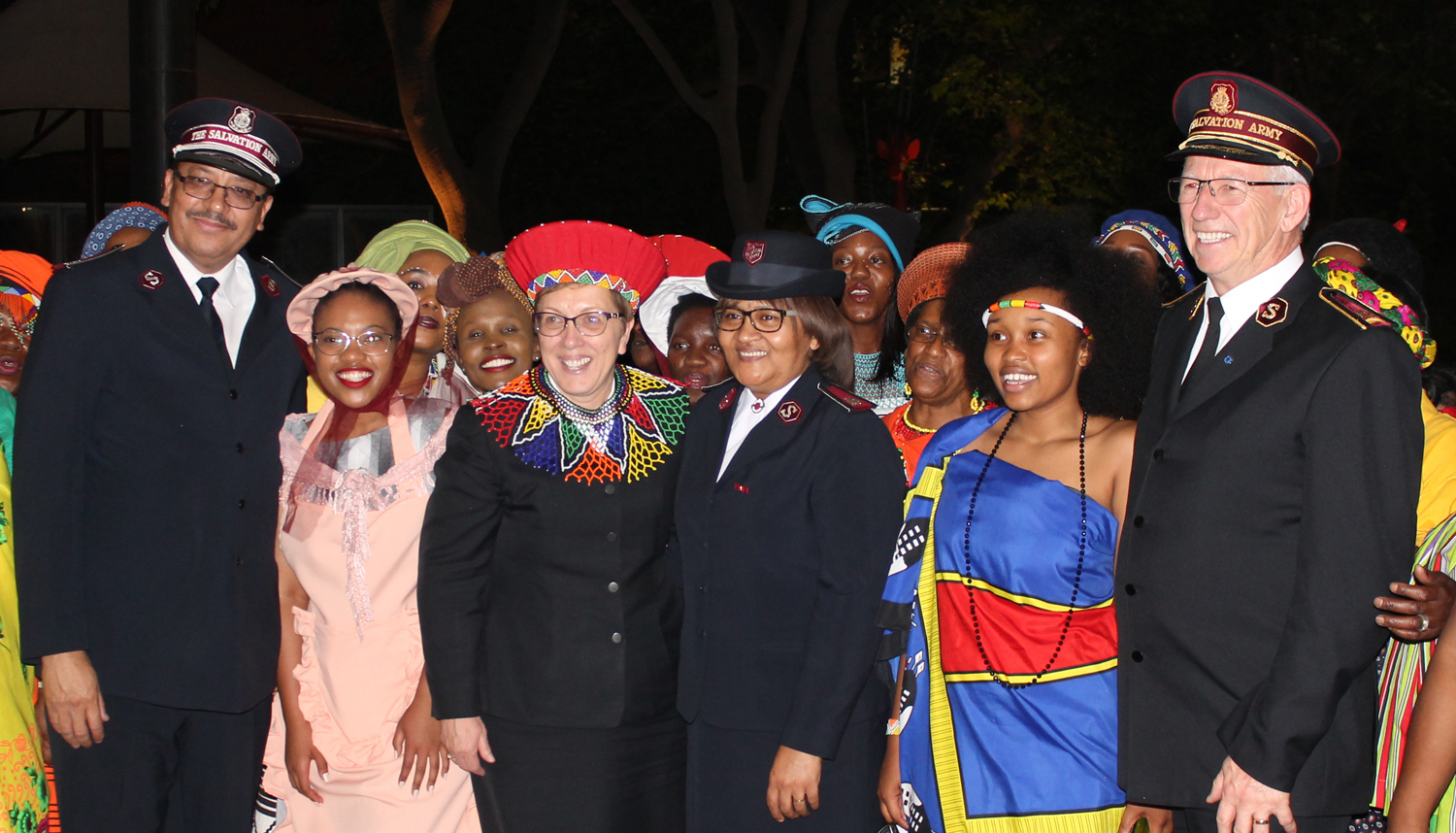 THE visit of General Brian Peddle and Commissioner Rosalie Peddle (World President of Women’s Ministries) to the Southern Africa Territory included deeply moving times of God-inspired celebration. The culture of South Africa was represented throughout, right from when the international leaders arrived at their hotel to a colourful cultural celebration of the 11 tribes and languages that make up the nation.

On Thursday, the General and Commissioner Rosalie Peddle shared in prayers at territorial headquarters in Johannesburg before joining with the cadets of the Messengers of the Gospel Session for their Covenant Day. Later, at a dinner with the Territorial Advisory Board, the General thanked God for these seasoned professionals who give of their time and expertise to support the work and ministry of The Salvation Army.

The next day, the General joined with active and retired officers for officers councils. Later, the visitors spent time at Ethembeni [place of hope] Children’s Home, where 60 children under the age of three are cared for. The international leaders were moved to meet the children and hear stories of the terrible situations some of the children had faced before being brought to the home.

On Saturday afternoon the General and Commissioner Peddle joined junior soldiers from across the territory at the Territorial Bible Challenge. Commissioner Peddle congratulated the young people on their dedication and commitment as soldiers for Christ, and encouraged them to keep keeping reading God’s Word.

Vibrant music from the Soweto Singing Group set the tone from all the main sessions of the weekend, with music contributions also provided by Soweto Singing Company, Eastern Kwa Zulu Natal Songsters, Central Divisional Ladies Band and Central Divisional Band. Throughout the weekend were times of exuberant praise, powerful testimonies, prayer, Scripture readings and a variety of musical contributions from groups and soloists. The Holy Spirit was present in every meeting, with quick and spontaneous responses as many people moved forward to pray at the mercy seat.

In the commissioning meeting the cadets sang their sessional song – which incorporated a variety of melodies from other songs – and shared testimonies with the theme ‘I’m a Messenger of the Gospel’, speaking about their journey while at the training college.

The General based his message on Jesus’ challenge from Matthew 22 to ‘give back to Caesar what is Caesar’s, and to God what is God’s’. He asked the cadets and congregation – made up of people from across South Africa and Namibia – if everything they had belonged to God.

Following the declaration of faith, each cadet was called individually to stand before the General, who ordained them as ministers of the gospel and commissioned them as officers with the rank of lieutenant. A Bible verse chosen especially for each new officer was read. After all the cadets had been commissioned, Commissioner Peddle offered a dedicatory prayer.

The day concluded with musical contributions from Katlehong Timbrel Brigade and worship led by Peart Memorial Worship Group. The General looked on as each lieutenant received his or her appointment from Territorial Commander Commissioner Keith Conrad and Territorial President of Women’s Ministries Commissioner Yvonne Conrad.

Soldiers, friends and officers old and new left the celebrations with a challenge in their hearts to give everything to God.

“We dedicate this building today and all that happens in it to the glory of God. It’s His building. It’s ... 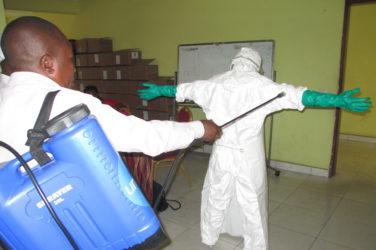 A LARGE Salvation Army health project is underway in the Democratic Republic of the Congo (DRC), aiming to prevent the ... 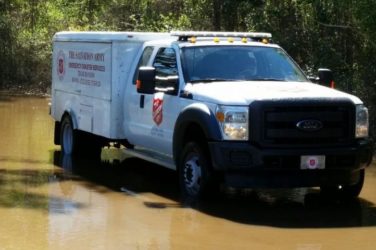