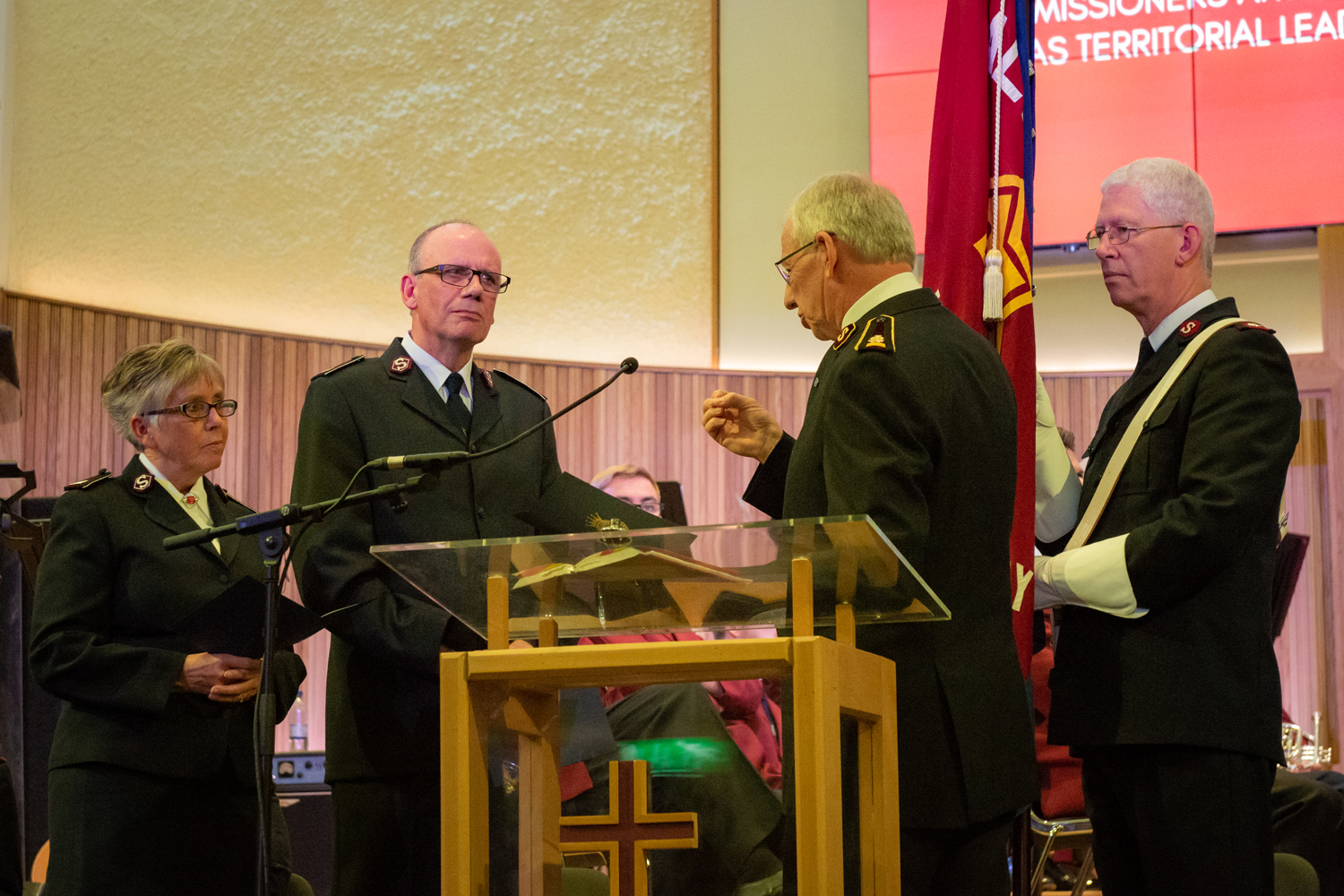 LONDON’S Regent Hall was filled with Salvationists and friends to witness the installation of Commissioners Anthony and Gillian Cotterill as territorial leaders of the United Kingdom Territory with the Republic of Ireland by General Brian Peddle. There was a hush of holy anticipation as Commissioners Cotterill entered the hall behind the territorial flag while Croydon Citadel Songsters sang ‘Holy Spirit Rain Down’. The General and Commissioner Rosalie Peddle (World President of Women’s Ministries) greeted the territorial leaders at the mercy seat where, together, they knelt in prayer before moving to the platform.

The words of Isaiah 6:1-8, read by Colonel Sylvia Hinton (Territorial Secretary for Leader Development), were echoed in the congregational song ‘Holy, Holy, Holy’, before the Secretary for Personnel, Lieut-Colonel Beverley McCombe, offered prayer.

In words of welcome and introduction the Chief Secretary, Colonel David Hinton, expressed his conviction that the Cotterills were appointed ‘for such a time as this’ and that God would bless their leadership.

Following a video presentation of greetings by Salvationists from England, Scotland, Wales and the Ireland Division, Commissioner Gillian Cotterill was presented with flowers by a junior soldier. In her response she mentioned the ‘encouragement, support and promises of prayer’ she and her husband had received. ‘I think we’re going to need them!’ she said. She commented that her original ‘yes’ to God’s call had been repeated over the years, and declared: ‘So here I am once again saying “yes” to God … He’s in the lead and all I have to do is follow.’

Regent Hall Band played ‘At The Cross’ before the General conducted the installation. He acknowledged ‘God’s great and glorious provision through these good folks, making the continuation of the progress of this great territory possible well into the future.’

Reminding them of the responsibilities that are theirs, and of the covenant made as officers of The Salvation Army, the General called upon the Cotterills to exercise leadership ‘in a manner that is consistent with gospel values … reflecting servant leadership as we see it in Jesus Christ’.

Following the General’s prayer the new territorial leaders received prolonged and heartfelt applause from the congregation.

In his message, the new territorial commander stressed that the Church is to be marked by the glory of God. ‘The essence surely is about ourselves, and then our work, being Christ-centred, revealing the nature of God, his radiance, his splendour.’ This happens, he said, ‘when we turn away from our own sin and allow the Spirit to move in and through us’.

In response, people moved forward readily to pray, with extra chairs being used to extend the mercy seat. In her prayer after the closing song, Commissioner Peddle asked that God would ‘help us to be a bright light’ to share the love of Jesus in ‘a broken, hopeless world’. Many left the hall at the end of the meeting determined to fulfil that prayer and allow God’s glory to shine.

by Jared McKiernan The Salvation Army’s international congress, Boundless – The Whole World Redeeming, will kick off July 1 with the ... 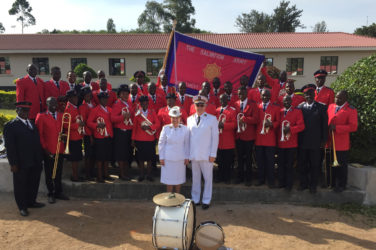 CARIBBEAN TERRITORY Nassau, The Bahamas – Majors Clarence and Karen Ingram, The Salvation Army officers in charge of operations in the ...