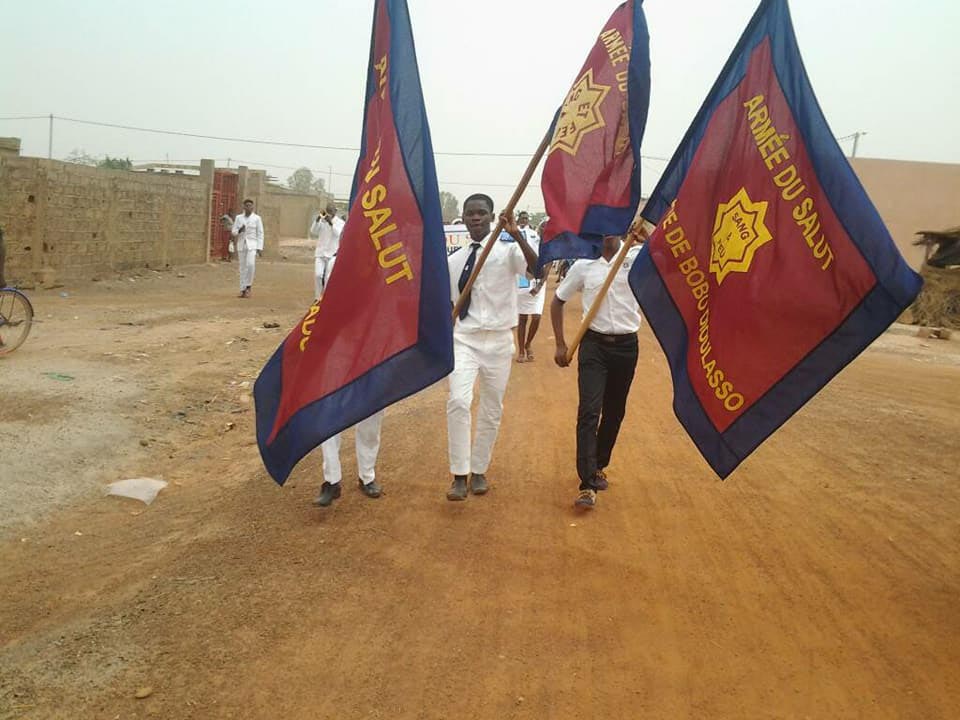 London, 18 June 2018/IHQ/ – FOLLOWING consultation with The Salvation Army’s International Management Council, and after a long period of preparation and exploratory work, General André Cox has approved the official recognition of the Army’s work in the west African country of Burkina Faso, making it the 130th country in which The Salvation Army has a legally and officially recognised ministry.

In 2011, word was received at International Headquarters (IHQ) from Major Eugene Dikalembolovanga, at that time the Regional Officer in Mali, to indicate that a ‘national receipt’ had been received from the authorities in Burkina Faso, which authorised The Salvation Army to preach anywhere in the country. Later the same year it was reported that The Salvation Army had received registration in Burkina Faso. However, it was apparent that the local understanding of registration was not fully in line with basic requirements from IHQ, so work continued on developing registration documents that would satisfy the authorities in Burkina Faso and meet the requirements of IHQ. The Salvation Army was operating out of three centres in the country, and was growing at an encouraging pace.

By the autumn of 2012 it was felt that, once some outstanding matters relating to the Army’s constitution and funding issues had been resolved, a position would be reached to give official recognition to the Army’s presence in Burkina Faso. Such legal matters take considerable time to resolve, but the way has now been cleared for the official recognition to take place.

Captains André and Fatouma Togo, officers from Mali, are currently leading the work in Burkina Faso, including a corps (church) in the capital, Ouagadougou. The captains were trained in the Democratic Republic of Congo Territory, and have served there and in Zimbabwe prior to being appointed to Burkina Faso.

The official opening, under the leadership of Commissioners Benjamin and Grace Mnyampi (International Secretary for Africa, IHQ, and Zonal Secretary for Women’s Ministries), will take place in Ouagadougou on 25-27 August 2018. Included in the weekend’s programme will be men’s and women’s rallies, a youth concert and an officers’meeting.

In a country whose motto is ‘Unity – Progress – Justice’, we pray that the ministry of The Salvation Army will contribute to those aims in the years ahead.

HURRICANE HARVEY: A letter to Salvationists and friends from General André Cox

London, 1 September 2017/IHQ/- IN recent days, Texas has suffered from a natural disaster ...