To recognize Salvation Army units for excellence in providing services to families enrolled in Pathway of Hope, an initiative designed to break the cycle of poverty for families, the Central Territory has introduced financial awards. The monetary awards are tiered in two categories, Corps Achievement and Outstanding Corps, and are intended to further enhance corps Pathway of Hope (POH) operations.

To be eligible for the achievement award, a unit must demonstrate evidence of team efforts, including pastoral care, to address identified needs of POH families; show success in enhancing community partnerships and/or establishing new collaborative relationships with other agencies; have at least 10 enrolled families who have completed one or more of their goals during the fiscal years; show congregational involvement with POH families; and have had a basic social services program evaluation completed within the past two years with action plans successfully addressed.

For the outstanding corps awards, corps must first have achieved the corps achievement award, have created at least one additional replicable and sustainable service to corps operations to address needs of POH families, and have been recognized by their division for particular excellence in team and community work.

Volunteers and employees are working at Multi-Agency Resource Centers (MARCs) on behalf of The ... 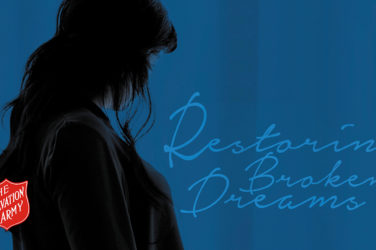 To mark the European Day Against Trafficking in Human Beings on 18 October, The ...