Fourteen years after The Salvation Army “opened fire” in Kingston, Jamaica, it began its work in Trinidad in 1901. In another 14 years the Army became formally incorporated in 1915 by the Republic of Trinidad and Tobago.

The Trinidad and Tobago Division is headquartered in the nation’s capital city, Port-of-Spain, Trinidad. Among the Army’s corps and social services ministries are three kindergarten schools, a nursery daycare center, two hostel shelters, an eventide home and prisoner aftercare and probation programs.

The majority groups within the nation’s 1.2 million population are South Asian Indian (40 percent) and African (37 percent). The official language is English; other languages include Caribbean Hindustani, French, Spanish and Chinese. More than half the population is split between Roman Catholicism and Protestantism (26 percent each), followed by Hinduism (22 percent) and Muslim (six percent).

First colonized by the Spanish, the islands came under British rule in the early 19th century. After slaves were emancipated in 1834, contract laborers from India were brought in to work in the sugar and cocoa industries. The discovery of oil on Trinidad in 1910 provided another important export. The country obtained its independence from Britain in 1962.

Slightly smaller than the state of Delaware, the two-island nation is one of the most prosperous in the Caribbean thanks largely to its petroleum and natural gas resources.  Trinidad’s PitchLake is the world’s largest natural reservoir of asphalt.

The country has earned a reputation as an excellent investment site for international businesses and serves as a regional financial center with a well-regulated and stable system. Other sectors targeted for increased investment and projected growth include tourism, agriculture, information and communications technology, and shipping.

In 2013, the government proclaimed an anti-trafficking law and established a counter-trafficking unit; the country is a destination and transit site for sex trafficking and/or forced labor of adults and children. The reported complicity of public officials in trafficking offenses is an obstacle. 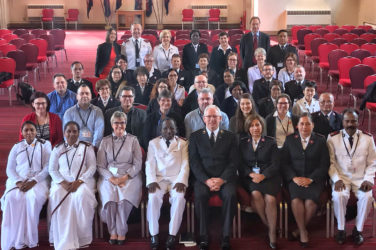 CHILD protection practitioners from around the world attended a three-day conference at The Salvation ...

A look at The Salvation Army in Haiti

Headquartered in Port-au-Prince, The Salvation Army began its work in Haiti in 1950. ... 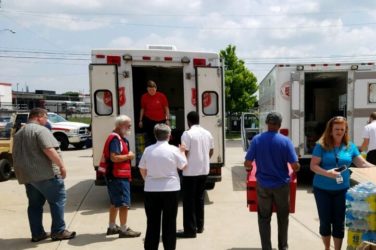 Day 2 of The Salvation Army’s Multi-agency Resource Center is underway in Dayton Ohio ...