GRIFFIN, GA (January 17, 2022) – The Salvation Army continues its disaster relief response in the Georgia counties of Henry, Meriweather, Troup, and Spalding following destructive tornadoes that wreaked havoc across the west-central part of Georgia on January 12.

When disaster strikes, one of the first signs that help is on the way is often the arrival of a Salvation Army mobile feeding unit. These “kitchens-on-wheels”, or canteens, provide meals, snacks, and drinks to those impacted and first responders. Each of these vehicles can serve 800 people per meal. The Salvation Army Georgia Division has a total of 24 disaster response vehicles strategically placed across the state available for disaster responses. Six of these units are currently in service responding to areas affected by the January 12 tornadoes. 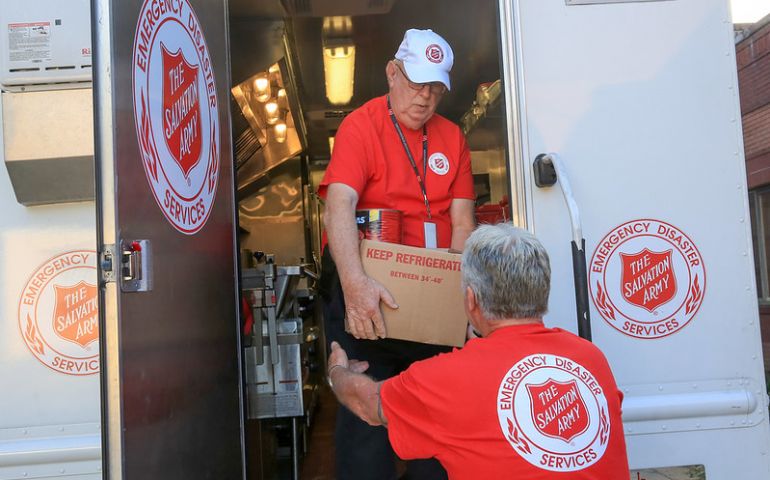 “When responders and others return from their physically and mentally exhausting shifts, we’re often the first people they see,” said Lanita Lloyd, Emergency Disaster Director for The Salvation Army of Georgia. “And we do our best to make sure their needs are being met during these difficult times as they serve their communities.”

Serving in Henry and Spalding counties are canteens from the Georgia Division, manned by teams from the Jackson and McDonough Service Centers, the Covington Service Center, which is providing dinner for responders at the Spalding County Emergency Operations Center and continuing mass feeding services in affected areas, Marietta, manned by the The Salvation Army of Georgia’s divisional office and volunteers from Marietta, and St. Marys, manned by a disaster team from St. Marys.

“We are humbled to provide relief services to our fellow residents in Georgia impacted by these devastating tornadoes,” says Captain Jason Smith, presiding officer for The Salvation Army Corps located in Columbus, Georgia. “We will continue to assess and deploy Salvation Army disaster relief resources when and where they are needed for as long as they are needed.” 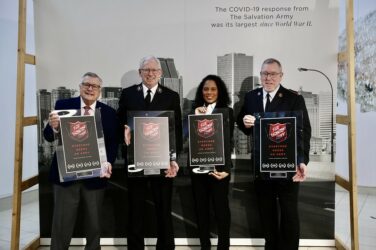 COVID Exhibition Launched at IHQ: Everyone Needs an Army

Gallery 101 installation features stories of pandemic kindness in the Canada and Bermuda Territory ...

by Jon Shaner Dwight Chambers was already a member of the Grand Rapids, Mich., ... 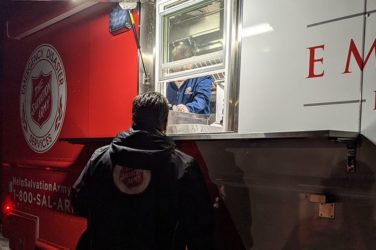 Louisville, KY – The Salvation Army is already on the ground serving survivors and ...