In its July 14, 1922, issue, the Grand Haven Daily Tribune ran an article with the headline, “Great Organization establishes permanent headquarters in city.” That date marked the start of 100 years of continuous service by The Salvation Army in Grand Haven. 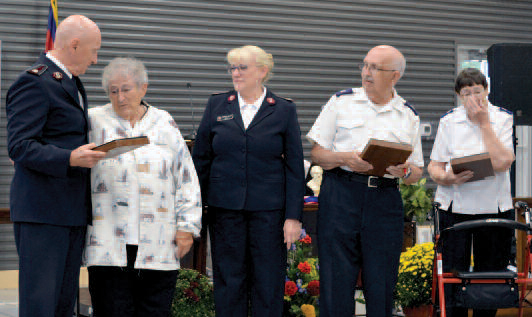 Current and past soldiers, officers and community members joined with territorial leaders Commissioners Brad and Heidi Bailey and the Chicago Staff Band (CSB) in September to commemorate this milestone.

Festivities began with a corps open house that gave people the opportunity to see the newest addition to the building, and spend time reminiscing and perusing picture albums and historical displays. One of the evening’s highlights was Major Fred Bailey receiving a $4,000 donation from the Grand Haven Community Foundation. He was the corps officer in 1971 when the foundation awarded its first grant to The Salvation Army in Grand Haven.

On Saturday the owner of the former corps building located at 16 Washington St. hosted attendees for lunch and a tour of the renovated building. From 1922 to 1976, a thrift store occupied the basement, the corps chapel was located on the first floor and a gym was on the third. The second floor served as the officers’ quarters until the early 1960s when a home was purchased allowing the vacated space to be used for classrooms and offices.

Longtime soldier Joanne Hodges recalled living on the second floor with her officer parents, Major and Mrs. Stanley Hook, from 1959 to 1961. Commissioner Brad Bailey and Lt. Colonel James Nauta recollected time spent in the gym as young men, while Majors Mary Hoskin and Mary Corliss reminisced about corps cadets and other activities. Everyone was amazed at how the owner has preserved Army heritage while adding modern conveniences. For instance, a bedroom on the third floor has the original gym flooring complete with basketball markings.

On Saturday afternoon the CSB gave a concert at Lynne Sherwood Memorial Stadium on the scenic waterfront, and many passersby both on land and the river stopped to listen. The community of Grand Haven often has enjoyed the ministry of the corps band and timbrel brigades during the Annual Coast Guard Festival Parade and waterfront stadium events and were pleased the CSB joined this tradition. 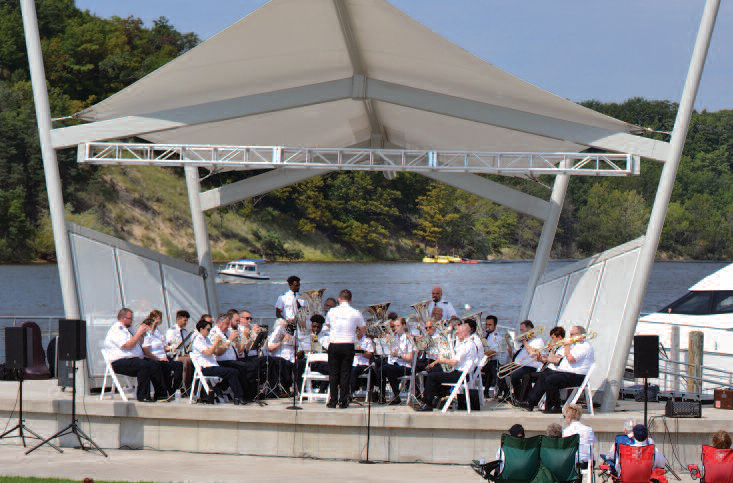 Saturday concluded with a CSB concert at the Grand Haven High School auditorium. As usual, their performance was exceptional, and the devotional provided by Commissioner Heidi Bailey was thought-provoking and moving.

The celebration concluded Sunday with a worship service held in the corps’ recently constructed gym as to accommodate the large crowd which included representatives from the newly formed Great Lakes divisional leadership team. Highlights included beautiful brass and choral numbers by the CSB like “I’d rather have Jesus” and “Christ is All,” recognition of soldier Donna Kanouse and volunteers Richard Durkee and Joanne Hodges for their dedication, and a challenge from the territorial commander.

Concluding with the rousing song, “I’ll go in the strength,”—with an impromptu waving of the Army flag by Commissioner Brad Bailey—there was no doubt the corps looks forward to continued service to God as it moves into its next century. 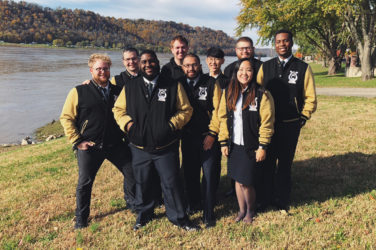 When The Singing Company was commissioned as the Central territorial praise band in 2011, ... 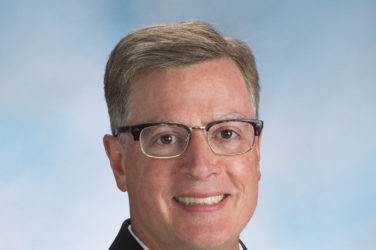 by Major Steve Merritt What a journey the past 25 years as an officer has ... 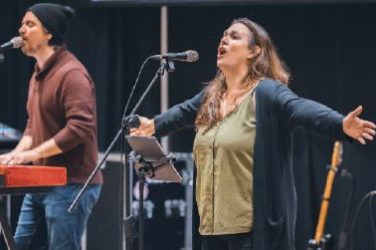