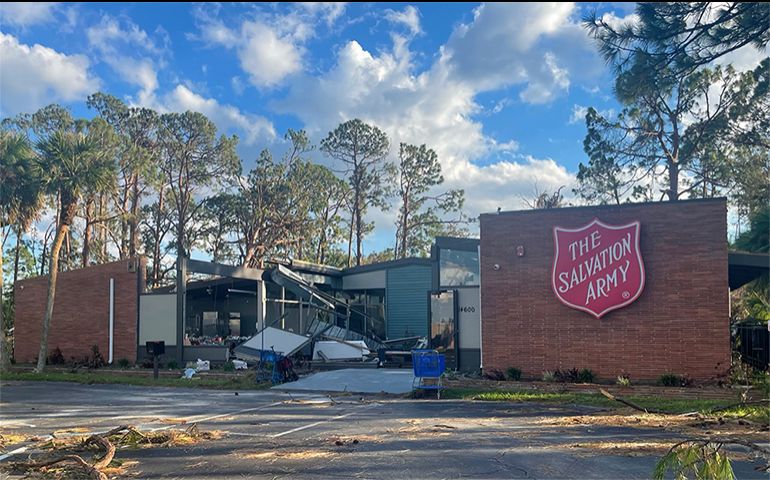 Hurricane Ian has been devastating for millions of people as the Category 4 hurricane came ashore in southwest Florida last week. Ian is estimated to have caused $60 billion in damage and left as many as 4 million people without electricity.

The hurricane has had a destructive impact on The Salvation Army as well. Their service center in North Port was destroyed by the hurricane and will need to be rebuilt. A location in Cape Coral also suffered significant damage.

Regardless, the social services and disaster relief organization has assembled and deployed multiple teams of disaster workers to aid in the Hurricane Ian relief effort.

“Just like everyone else in southwest Florida, we’ve been deeply impacted by the damaging effects of Hurricane Ian,” said Lt. Colonel Michele Matthews, who is leading the disaster response effort in Florida. “But these are our neighbors, and this is what we are called to do, so we have responded with the full resources of The Salvation Army.”

Thus far, The Salvation Army has sent nearly 200 trained disaster workers into the affected areas of the Gulf coast, including 40 mobile feeding vehicles. The relief workers, made up of Salvation Army officers, staff and volunteers, have come primarily from the southeastern U.S., but some have come from as far as Minnesota, Pennsylvania and Texas. Response team command centers had been set up in Fort Myers, Port Charlotte and Naples, and a fourth command center in Venice became operational earlier this week.

“This recovery will be a long-term effort, and we’re committed to serving those in need for as long as necessary,” Matthews said.

The Salvation Army’s disaster response mission is to meet immediate needs by providing food, hydration, and emotional and spiritual care for both survivors and relief workers, and to guide people with immediate shelter needs to partner agencies. As of yesterday, Salvation Army teams have distributed approximately 215,000 meals, snacks and beverages to those impacted by the hurricane. In addition, they were able to offer emotional and spiritual care to more than 2,500 people.

“The effort put forth by all the relief organizations on the ground in Florida has been phenomenal,” Matthews said. “The support we’ve received from donors, volunteers, and partner organizations has been invaluable in aiding our response.”

Those wishing to directly support The Salvation Army response to Hurricane Ian can:

Receipts for tax purposes will be mailed out.

Video and photo resources can be accessed here: https://www.ministrytoolkit.org/portals/lqnhqrif/2022HurricaneIan

Video of the damaged Salvation Army service center in North Port can be accessed here: https://www.icloud.com/photos/#0c5J_nIv_a0f46_46NOttuq9A

WITH great sadness, The Salvation Army confirms that an attack upon the Lewono Lembantongoa ...

The Salvation Army in France Encouraged by Worldwide Prayer Support 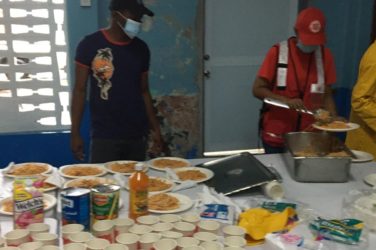 HURRICANE Elsa, the first of the 2021 Atlantic hurricane season, has caused severe damage in ...