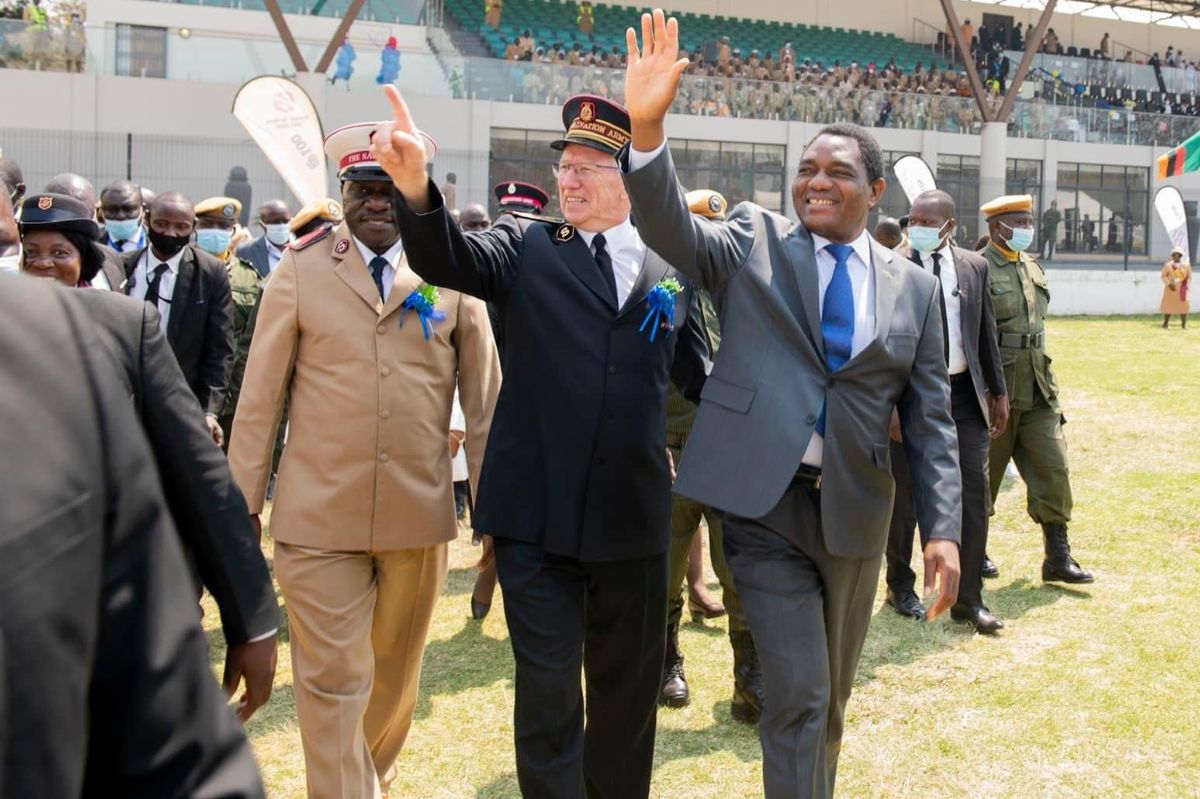 ONE hundred years of Salvation Army ministry in Zambia was marked by celebrations led by General Brian Peddle and Commissioner Rosalie Peddle (World President of Women’s Ministries) and attended by the President of Zambia, Hakainde Hichilema. Other events had already taken place at Ibwe Munyama, Chikankata, in the Copperbelt Province and at Shakalyabanyama, where the first Salvation Army mission work began in August 1922.

A joyous and noisy welcome awaited the international leaders at Kenneth Kaunda International Airport, Lusaka, where they were greeted by territorial leaders Colonels Alfred and Pamela Banda, officers from across the country, cadets, Scouts, the territorial brass band, hosho brigade [the hosho is a traditional percussion instrument], timbrel brigade and singing company.

Clearly delighted by the large-scale, vibrant welcome, the General and Commissioner Rosalie took time to personally greet those who had gathered.

A highlight of the visit was a meeting with His Excellency President Hakainde Hichilema at State House. The General spoke with the president about the many ways in which The Salvation Army is working in partnership with the Zambian Government. ‘The Salvation Army in Zambia has complemented government efforts in the area of health and education,’ he said, before listing several examples.

The president congratulated The Salvation Army on its 100 years of existence in Zambia. He told the General: ‘Thank you for supplementing government efforts in supporting the most needy in society, particularly in areas of healthcare, education, the empowerment of women and the safeguarding of the welfare of boys and girls in society.’

Before going to meet the president, the international leaders had been given a tour of the territorial headquarters (THQ) compound. They began by leading morning devotions for officers and staff who work there. Commissioner Rosalie told them: ‘We are so happy to be here and to meet all you wonderful people who have dedicated yourselves to God’s work through The Salvation Army. I pray that, as you serve, you will come into a full knowledge of the Lord.’

Sharing from Psalm 25, the General encouraged his listeners to seek God’s ways and paths. ‘God’s leading,’ he said, ‘is always perfect and reliable.’

After being shown round the trade shop and Spiritual Life centre the General and Commissioner Rosalie were invited to unveil a ‘Centenary Stone’. The General said: ‘While Zambia is celebrating 100 years, the international Salvation Army is also celebrating the official start of ministry in Guinea, the 133rd country in which it serves.’

The following morning the international leaders spent time with the cadets and staff at the training college before travelling to Kanyama Citadel Corps (church). There they were shown an artwork display and witnessed singing and dancing during a celebration service.

Looking around a newly constructed health clinic, the General said: ‘We really appreciate the efforts The Salvation Army is making to work together with the government and with the community of Kanyama to meet human needs in Jesus’ name without discrimination.’

After officers councils, at which the General and Commissioner Rosalie shared about the worldwide work of The Salvation Army, the international visitors attended a men’s rally. The General told the congregation: ‘If we are to be men of integrity, we must have faith in God because our hearts and our faith belong to him.’

Commissioner Rosalie participated in a home league rally that was attended by more than 1,000 women and girls. The event included music, dance, a fashion show and a talk about human trafficking.

Centenary Day – Saturday 20 August – began with the excitement of youth councils and concluded with a lively centenary celebration featuring displays from Scouts and other young people, and music from the territorial groups.

At the councils, the General told the young people: ‘There are two ways to face challenges – with fear or with faith!’ He acknowledged that fear can push people towards faith, but warned his listeners to be on their guard because ‘equally, there are times when fear pushes people away from God’.

The final meeting of the celebrations on Sunday morning was attended by His Excellency President Hakainde Hichilema, accompanied by the First Lady, Mutinta Hichilema. The president told the assembled audience of Salvationists and friends: ‘One hundred years of service to the community is not a mean achievement! I commend The Salvation Army for being dedicated to God’s work.’

The president particularly thanked The Salvation Army for its health services and for the way it responded to severe floods in 2020. He said: ‘The support given to flood victims has assisted in cushioning some of their challenges.’

He added: ‘The works and character of The Salvation Army remind me of the Early Church, as outlined in the Acts of the Apostles … Please continue with your good works.’

A highlight of the meeting was the enrolment by the General of 100 senior soldiers and 100 junior soldiers – a fitting recognition that 100 years of Salvation Army ministry in Zambia is only a first step towards even greater things. 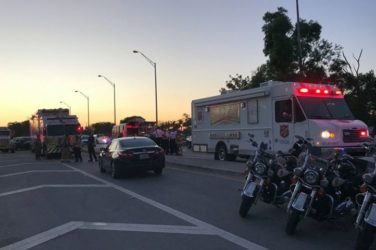 Miami-Dade County, FL –  Within hours of the catastrophic collapse of a newly constructed ... 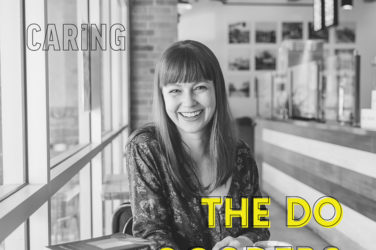 CARING, a magazine produced by The Salvation Army’s USA Western Territory for the past ... 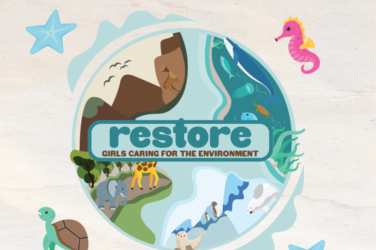 Strength, Resilience and Influence of Girls to be Recognised through Salvation Army Events

EACH year, the United Nations recognises the strength, resilience and positive influence of girls ...