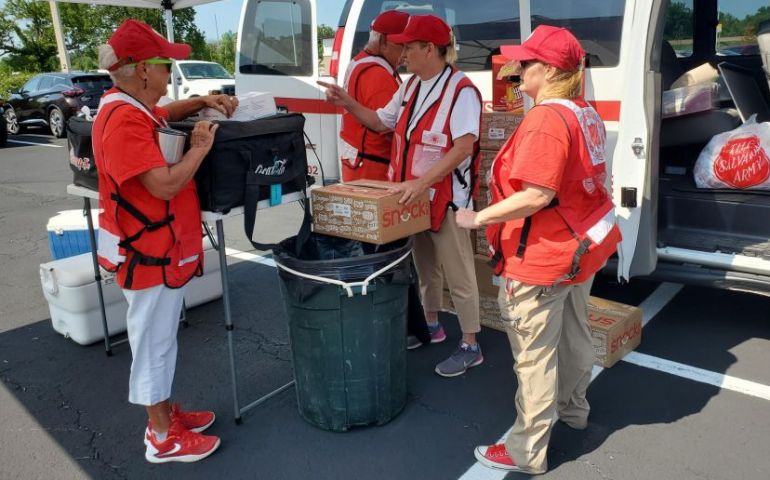 Sixteen Salvation Army volunteers were on the scene at the MARC, which attracted about 30 organizations, religious entities, and social agencies, offering a variety of services.

The Salvation Army kept the hungry crowd at ease with its canteen inside the building, full of several hundred of people at times over the five-hour event.

Hot meals of chicken, mac and cheese, peas and carrots, and grilled hot dogs were served, as were snacks both savory and sweet, Chick-fil-A sandwiches, and bottles of cold water, for the heat in the 90s.

“A lot of us don’t have insurance or health to fix our homes and feed ourselves,” said Karen, who accepted flood clean-up supplies, a box fan, and a large broom, from The Salvation Army. “You guys come along and help with the need that we need for everybody. I appreciate it.”

As always, The Salvation Army offered emotional and spiritual support to those who needed it. Major Fred Mead represented the Army.

“Their basement flooded,” Major Mead said. “It was about being able to sit and talk with them. Trying to find the good that comes out of a bad situation. They had some estranged family members who are back in the picture now. Those relationships are mended because of this.”

Other MARCs this week include: 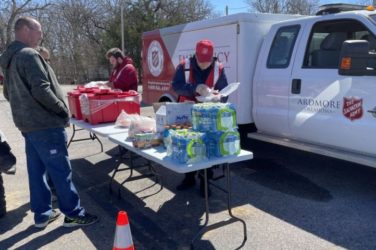 March 25, 2022 (Ardmore, Oklahoma) Friendships and partnerships in the community are very important ... 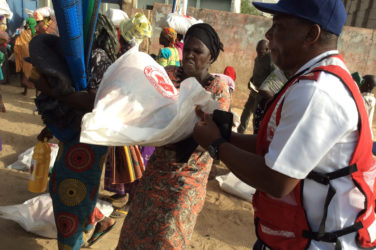 CONFLICT in north-eastern Nigeria has had a devastating effect in the three states of ...