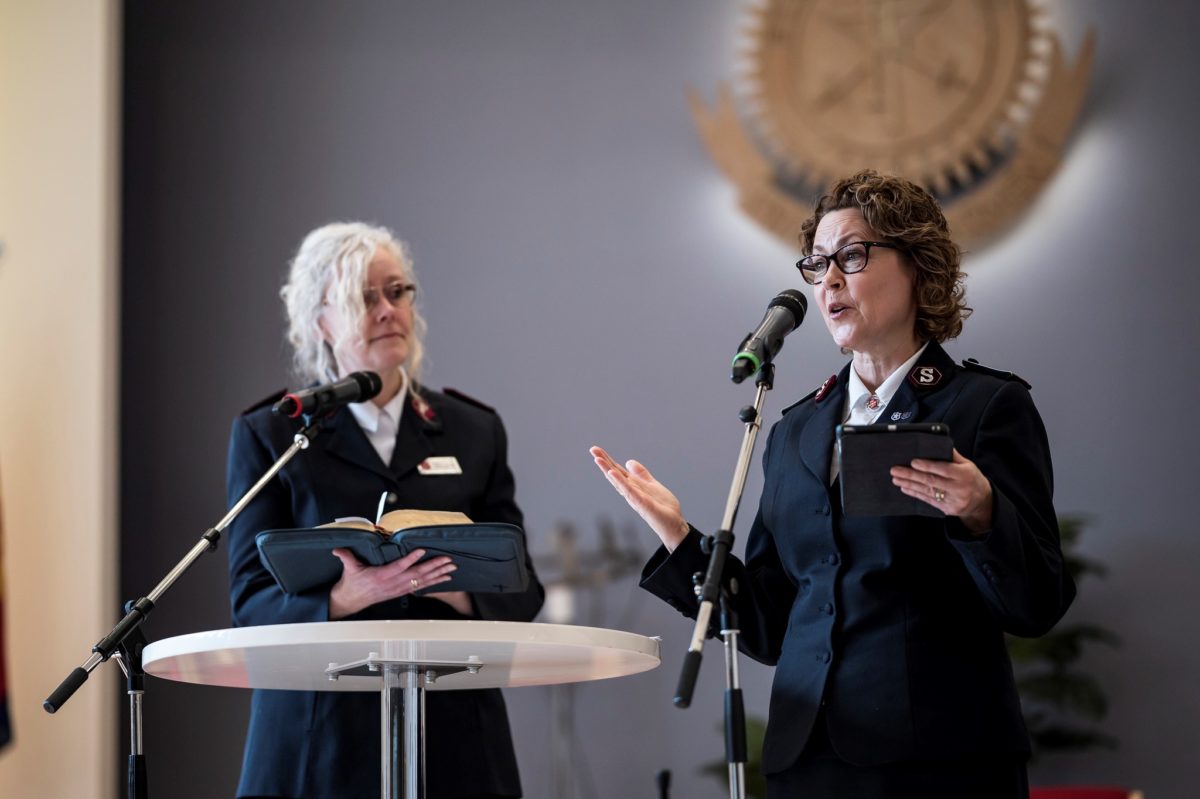 WHEN the Chief of the Staff (Commissioner Lyndon Buckingham) and Commissioner Bronwyn Buckingham (World Secretary for Spiritual Life Development) visited the Sweden and Latvia Territory in early April, the visit started in Gothenburg, a town in south-west Sweden. The commissioners had been told about the capricious weather the month of April can deliver, and whilst it was indeed cold, the warmth of fellowship and later the sun raised the temperature.

After arriving in Gothenburg, the commissioners were invited to a presentation on the theme of ‘Integrated Mission’ by representatives from the Western Division. This focused on relationships and ‘building bridges’, based on meeting people where they are (including their physical, emotional, and spiritual well-being) with such warmth that it will mirror the Kingdom of Heaven and open up a personal relationships with Jesus. Examples were given from completely different target groups, with the outcomes being seen in growing fellowships and congregations. Commissioner Bronwyn prayed for each initiative and both leaders received prayers for themselves for the days ahead.

‘From Death to Life’

During officers’ councils at Hisings Corps, the Chief of the Staff presented a retirement certificate, to Commissioner Marie Willermark after 42 years of active service. Commissioner Marie gave her testimony, and it was a particular blessing to see the Chief recognise and greet the commissioner’s 99-year-old father, Åke Willermark. Commissioner Bronwyn Buckingham gave a reflection to the officers on the theme ‘From Death to Life’, focusing on the transforming power of God’s grace. Commissioner Lyndon Buckingham’s Spirit-filled and inspirational address highlighted heroes of the faith, encouraging the officers present to become today’s heroes. He also reminded his listeners that Christians must surrender to God’s Kingdom in order to bear the fruits of the Spirit by becoming salt and light, and the cure for a world in crisis. The call to response and prayer filled the mercy seat with fellow officers, many taking the opportunity to pray for each other.

In the following public meeting at the same venue and the next day at Stockholm Temple Corps, great congregations gathered from the divisions, excited to meet, worship and feed on the messages from Commissioners Buckingham. Gothenburg United Music Corps, Hisings Corps Choir, Stockholm Temple Band, and Vasa Gospel Choir, along with soloists and a worship team contributed to creating an atmosphere in which the Holy Spirit could move. Commissioner Bronwyn Buckingham gave personal Bible reflections and Commissioner Lyndon Buckingham eagerly shared about reconciliation, and God’s grace and mercy. Ample time was given at the end of each meeting for worship and prayer, with many people responding to the altar call.

Prior to returning to International Headquarters, the commissioners visited territorial headquarters in Stockholm to meet staff and officers, sharing the typical Swedish coffee time ‘fika’ as well as spending time with the extended leadership team. He said, ‘I was encouraged and inspired by the mission initiatives being undertaken in the territory.’

The territory will long remember the visit of Commissioners Buckingham – devoted and God-loving leaders as well as role models in officership and Salvationism for today. 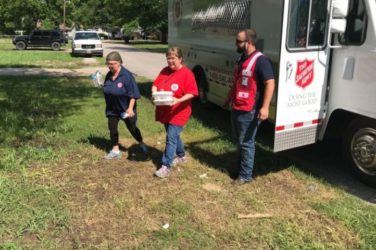 The Salvation Army in the Caribbean

The Salvation Army’s Caribbean Territory is headquartered in Kingston, Jamaica, where the Army launched ...