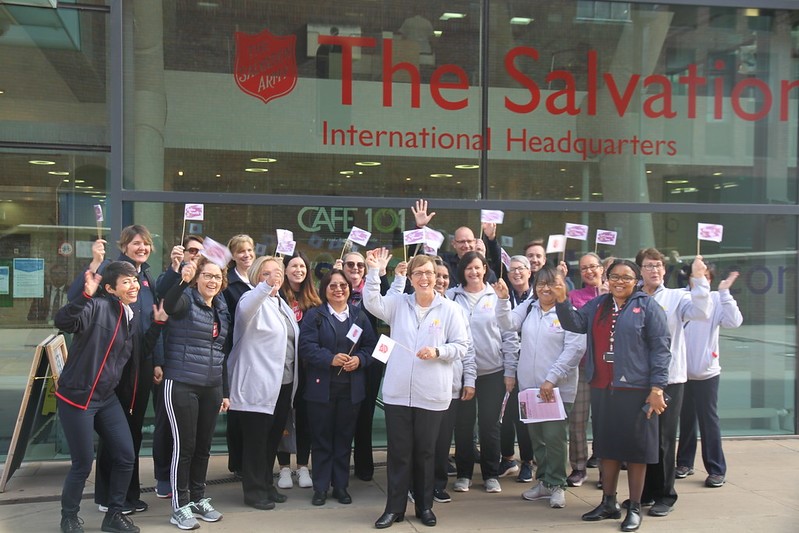 CELEBRATION and action marked The Salvation Army’s recognition of the International Day of the Girl. All events were centred around the theme Restore: Girls Caring for the Environment, with youth groups and Salvation Army schools turning to activities such as litter-picking and gardening. The International Social Justice Commission took to YouTube with a live-streamed event which amplified the voices of Salvationist girls across the world.

The World President of Women’s Ministries, Commissioner Rosalie Peddle, led a three-mile prayer walk around the streets of central London to mark the International Day of the Girl, which took place on 11 October. The prayer-walkers, comprising 25 women and men from International Headquarters (IHQ) who are committed to making gender equity a reality, stood in solidarity with girls across the world.

Together, they crossed five of London’s bridges, mirroring The Salvation Army’s five international zones: Africa, Americas and Caribbean, Europe, South Asia, and South Pacific and East Asia. For each bridge crossed two prayers were shared, one written by girls within the zone and one prayer for the girls of that zone from their zonal leader.

‘We choose to walk because girls matter to me, to The Salvation Army and, most importantly, girls matter to God,’ Commissioner Rosalie explained. ‘We’re reclaiming a message of “girl power” for the next generation of problem-solvers, entrepreneurs and decision-makers. The power of collective action and persistent prayer will lead to a brighter tomorrow for today’s girls and young women.’

At midday, General Brian Peddle added his voice to the cause and spoke with those gathered outside IHQ. He prayed that God would bless their time together, and affirmed the deep significance of both the day and its theme for the international Salvation Army. Commissioner Rosalie Peddle then commenced the prayer walk by sharing the words of 14-year-old Susan, who lives in Uganda, and leading the group across the Millennium Bridge.

On the other side of the River Thames, Commissioner Yvonne Conrad, zonal leader, prayed that African girls would ‘come to know God’s special purpose for each one of them’. The group continued to Blackfriars Bridge, where Captain Marc Potters, Youth and Children’s Officer, shared a prayer from sisters Lia and Alana, from the USA, and zonal leader Commissioner Shelley Hill called on God to protect the girls of the Americas and Caribbean Zone. ‘When people fail to see [girls’] value,’ she prayed, ‘allow [them] to know they are valued and loved.’

The route, strategised for optimum witness, took the group across Waterloo Bridge, where Captain Eva Siwi offered a prayer penned by 13-year-old Ana, of the Canary Islands, Spain, and zonal leader Commissioner Eva Kleman prayed that the girls of the Europe Zone would ‘become close’ to God through the people placed in their lives. Following a much-needed refreshment stop, Captain Mariska Potters, Youth and Children’s Officer, creatively led a time of sharing based on a prayer by 14-year-old Minnal Christiana from India. Zonal leader Commissioner Martha Pawar prayed that girls of the South Asia Zone ‘may find safe environments in their homes and communities, so that their childhood is treasured’.

Surrounded by sightseers and tourists near the Houses of Parliament and the London Eye, the final prayers were raised for the South Pacific and East Asia Zone. Lauren Westwood lifted a prayer by 13-year-old Winchell from the Philippines before zonal leader Commissioner Robyn Maxwell finished the prayer walk by lifting Winchell and all other girls who have a place they call ‘home’ in the diverse and varied zone she oversees. As the final amen was echoed, a nearby busker started to play a beautiful rendition of ‘Over the Rainbow’, a reminder of the promises of God that he sees and cares for everyone.

As they had been about to set out, the General had challenged the group of walkers from IHQ: ‘Let us not just dedicate one day to caring about young girls, let us instead consider how our whole lives can positively impact the experiences of girls.’ This, then leads to a wider question: ‘What can Salvationists and friends do to continue to support girls and young women?’

To help answer this question, the International Women’s Ministries team proposes three prayer subjects: the empowerment of girls; the protection of girls; and for wise leaders. These prayer subjects sit alongside three action points: to create a safe space for difficult conversations; to invite girls to take on responsibilities and include them in decision-making; and to find ways to celebrate the achievements of girls.

Music and gospel arts leaders, corps officers and worship leaders throughout the territory gathered for two days of practical instruction ... 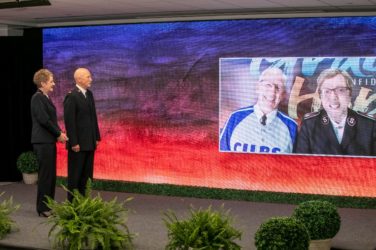 AS if heralding a new day, the USA Central Territory held its first virtual soldiers congress, an interactive event featuring ... 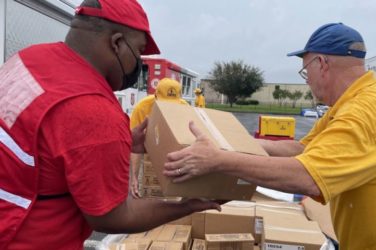