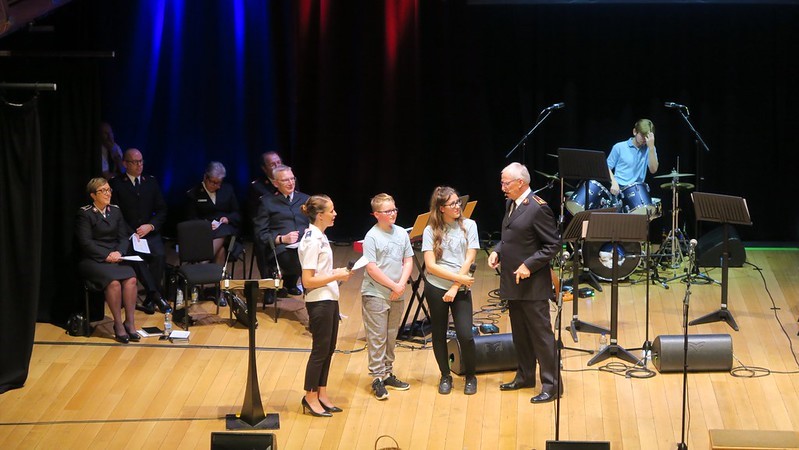 THE celebration of 125 years of ministry in a community is a significant event, so when Snettisham Corps (church), in the United Kingdom and Ireland Territory, began planning its 125th anniversary celebrations the decision was made to aim high and invite the General of The Salvation Army. The corps members, under the leadership of Corps Sergeant-Major Alison Kirby, were delighted when he accepted and overjoyed when the celebrations took place under his leadership.

While in East Anglia to lead the anniversary, General Brian Peddle and Commissioner Rosalie Peddle (World President of Women’s Ministries) also attended a Saturday evening divisional celebration. The meeting, at the Apex in Bury St Edmunds, had been organised not just because of the General’s visit but also as an opportunity to meet as a divisional community and celebrate the creation of the new East of England Division, which covers Salvation Army work in the counties of Essex, Hertfordshire, Norfolk and Suffolk.

The difficulties faced in the organisation of the event were recognised by Divisional Commander Major Howard Russell, who celebrated the show of unity that was evident in spite of COVID-19, a fuel shortage and heavy rain. Music was provided by a youth chorus and a band made up of musicians from across the division.

One of the highlights of the meeting was a section called ‘Questions for the General’ in which two young people, Jacob and Harriet, asked questions which included: ‘What does a day in the life of the General look like?’ and ‘How do you think we can most effectively reach those people who Jesus would have helped, especially those on the fringes of our society?’ The General’s answers were both sympathetic and informative.

Marianne Fowkes of Snettisham Corps and Cadet Hannah Stannard gave their testimonies. Both spoke movingly of the work that God had done in their lives and through their respective callings.

In his Bible message, the General picked up on the biblical theme for the celebration: ‘You will be called Repairer of Broken Walls, Restorer of Streets with Dwellings’ (Isaiah 58:12 New International Version). He reminded the congregation that people in their communities need someone to come alongside them and that they are called to be salt and light, representing Christ in the places they live and work. At the conclusion of the message, people moved forward to the mercy seat in sacred moments of prayer and rededication.

The next morning, the Salvation Army hall at Snettisham was filled with soldiers, adherents, friends and former officers of the corps. The meeting was a joyful occasion, with people renewing friendships and having the opportunity to greet the international leaders.

Commissioner Rosalie Peddle spoke about being able to count on God’s presence every day, testifying that she was equipped by God for every task. In the General’s Bible message, based around Romans 5:1-11, he spoke about the eternal hope found in Christ and the need for Salvationists to be battle-ready in their service to God. During the response time a soldier moved to the mercy seat in an act of rededication.

The weekend concluded with a buffet lunch at which the General spoke about the international work of The Salvation Army. 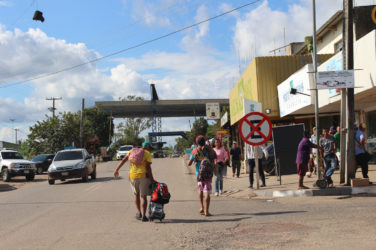 The Twelve Days of Refugee Christmas

CHRISTMAS may be considerably different for refugees finding themselves in a country and culture alien to their own this year. ... 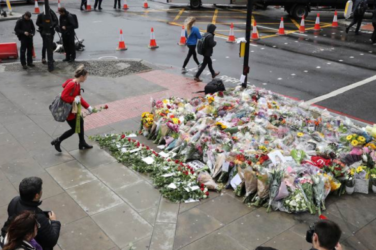