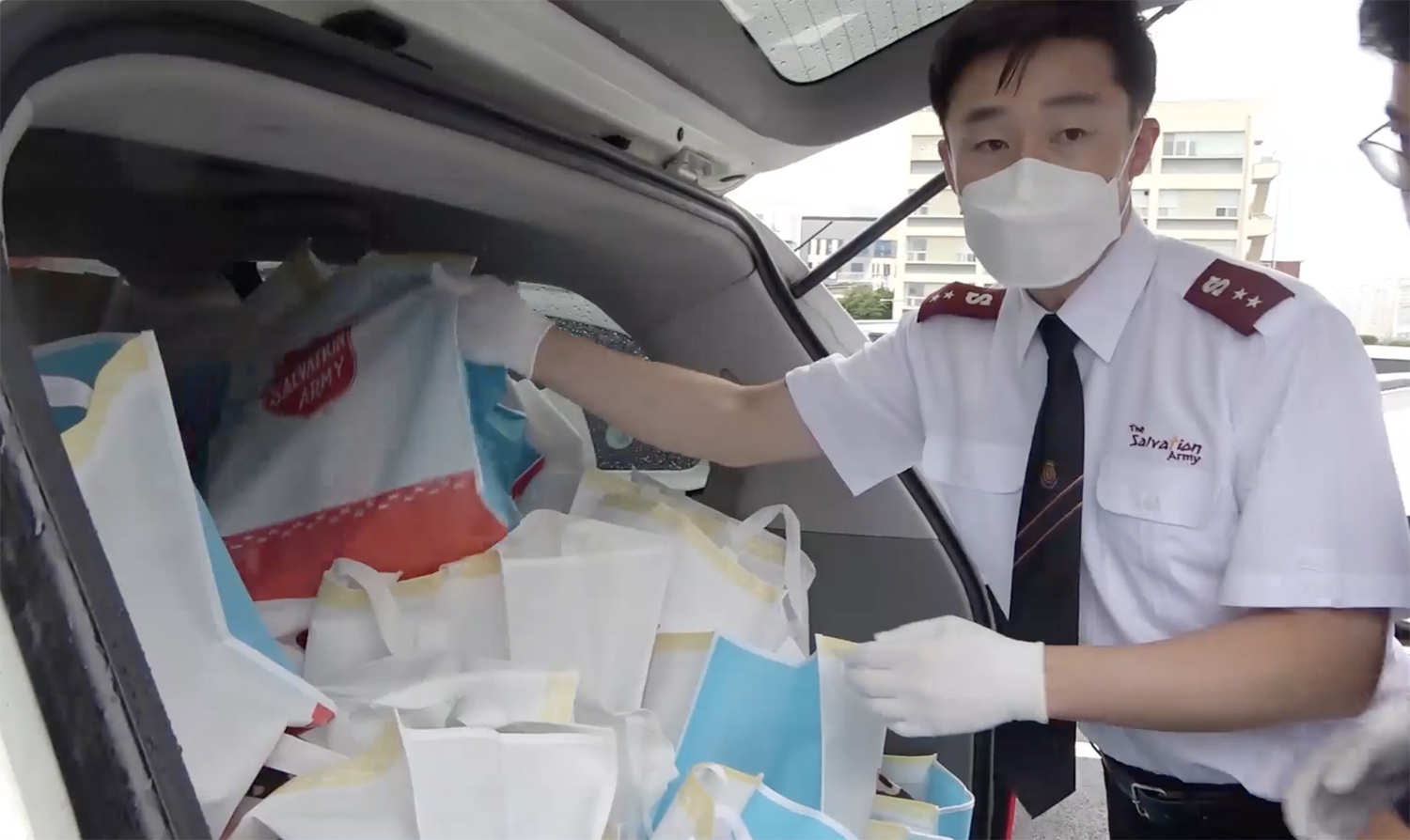 THE Republic of Korea has seen an increase in confirmed COVID-19 infections since mid-August, with rallies held by some Christian groups in Seoul suspected of accelerating the dispersal of the virus. With churches being heavily criticised, The Salvation Army has taken a lead in demonstrating responsible and appropriate action both to limit the spread of the disease and to meet human needs in a rapidly-changing context.

The Salvation Army’s Korea Territory has implemented online-only worship meetings across the country, in order to maximise social distancing and prevent non-essential gatherings. The movement’s headquarters in Seoul has also enforced a work-from-home policy for its staff, with only minimum numbers of essential personnel remaining on site.

Despite the logistical challenges, The Salvation Army in Korea is continuing to do its best to provide relief supplies to marginalised people affected by coronavirus and the effects of more stringent government restrictions on movement, as well as those affected by severe flooding. Landslides caused by 46 days of heavy rain have left thousands of people displaced in the southern part of the Korean peninsula.

Young people who are part of The Salvation Army’s Choong Chung Division in the west of the country are putting their faith into action to help homeless and other vulnerable people who have been particularly badly affected by COVID-19. Care packages have been distributed at locations such as Daejeon railway station, approximately 160 kilometres south of the capital.

‘I started this group because I thought I had to do something to help people in need,’ says one of the young people involved.

Members of the group – wearing personal protective equipment and face coverings – also pray together and stop to talk to vulnerable people in some of the city’s more deprived areas. This includes places such as the Jjok-bang slum where there are many low-income households unable to cope with the additional hardship that COVID-19 brings.

As well as serving the community, taking part in the aid distributions has also been a blessing to some participants. One young woman says: ‘I feel like Jesus is telling me “there are so many people you need to help”. And I always feel the joy when I come here, and I feel full of happiness when I leave.’

Commissioner Chang, Man-hee – The Salvation Army’s leader in Korea – adds: ‘We pray for the spread [of the virus] to be decreased and that The Salvation Army would continue to assist people in need in Korea for the glory of our Father in heaven.’

A short video produced by the young people has been published at vimeo.com/salvationarmyihq/faithinactiondaejeon

From a report by Korea Territory
IHQ Communications
International Headquarters

INTERNATIONAL funding combined with local knowledge and a concerted effort to understand the most pressing needs have resulted in a ... 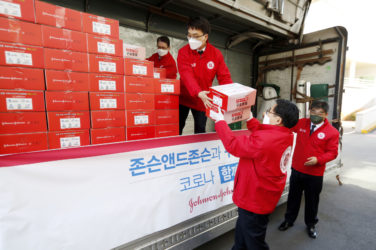 The Salvation Army ‘Steps Up’ Worldwide Response to COVID-19

FLEXIBILITY and adaptation are characterising the way in which The Salvation Army responds to communities impacted by the effects of ... 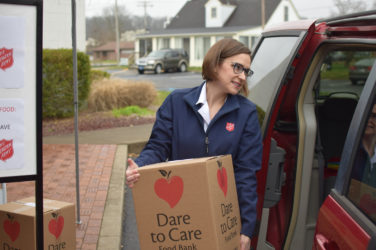 A look at the territory during the COVID-19 crisis During unprecedented circumstances resulting from the COVID-19 pandemic, Salvationists in the ...