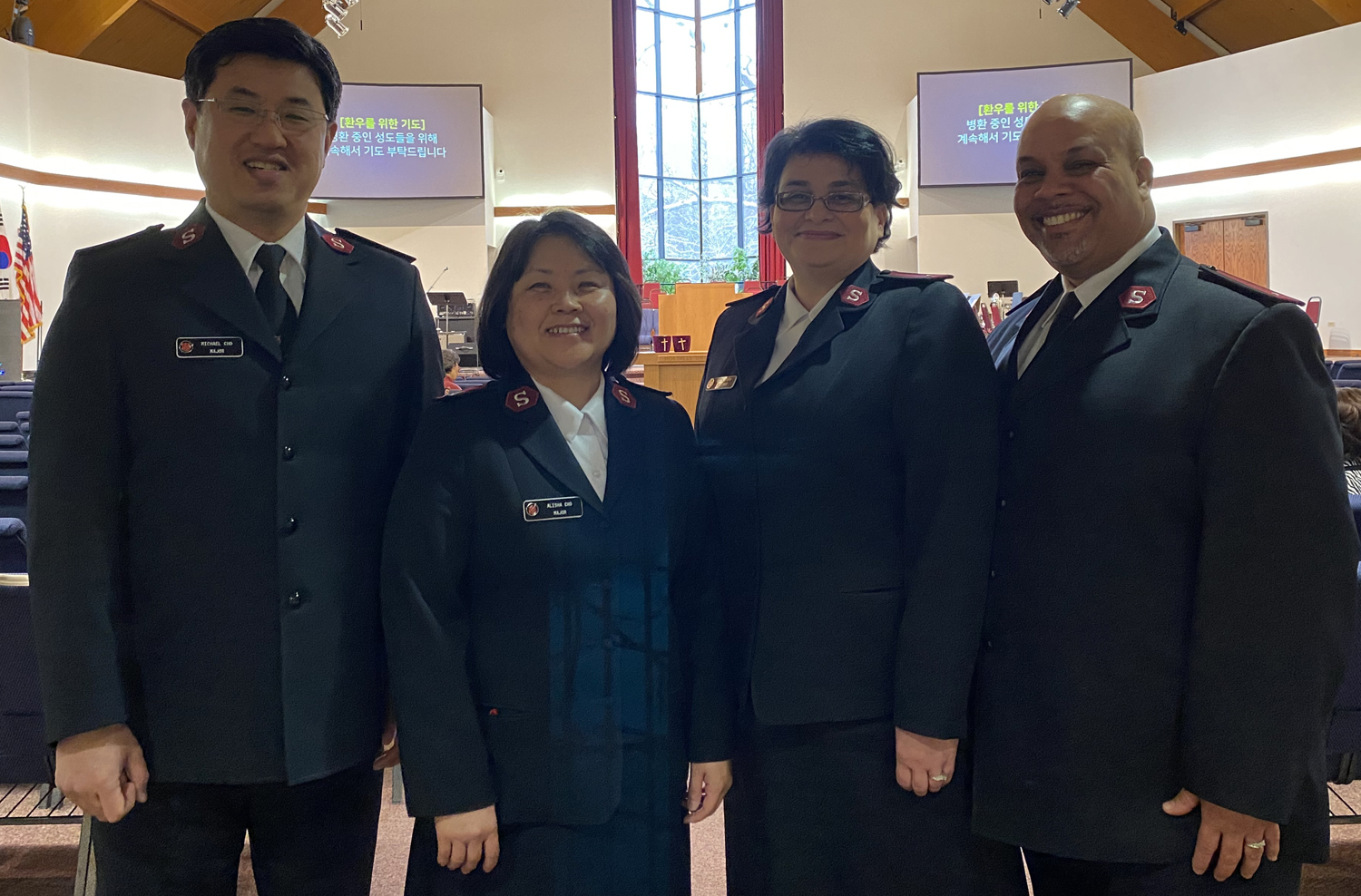 Reflecting America as a melting pot, the Chicago, Ill., Mayfair Community Church (Corps) is a picture of diversity that has resulted from the merger in 2018 of two immigrant corps, Mayfair and the Chicago Irving Park Corps.

Today Mayfair boasts three distinct congregations which encompass Korean, Spanish and English speakers. Together, they are becoming a new creation as they work to overcome language and cultural barriers to find unity in Christ. As they journey through this process of transformation, the corps is currently led by Majors Michael and Alisha Cho, corps officers. Lts. Pablo and Nancy Rivera are the associate corps officers for Hispanic ministries, and Justin Rose leads the English congregation.

Service, a hallmark of Salvationists, is a key to fostering unity, according to Major Michael. “Service is more than culture or language,” he said. “It’s working together for a single purpose. People are getting to know each other as they serve together.”

The congregations have collaborated on service projects such as a Halloween outreach event, a community Thanksgiving dinner and Christmas distribution.

Working side-by-side, members from different congregations are building relationships with one another. In sharing space and engaging in meaningful service together, the soldiers and officers are relying on their commonality in Christ to grow in their faith and meet the needs of their community.

Opportunities for worship services, prayer meetings and Bible studies in their own languages are offered throughout the week, and they join together for meetings currently on a quarterly basis.

“Though our cultures may be different, we are working together,” said Lt. Pablo. “We continue forward learning from each other as we grow, because this will make us stronger.”

Perhaps the most integrated of the corps programs is the children’s ministry. Composed of children whose parents attend all three of the adult worship services, it gives a full and rich picture of the corps.

“One of the best parts about our children’s ministry is not only that it fully reflects the demographics of our corps, but that it also reflects our community,” said Justin. “There is strength in our diversity which comes from God and His heart for all nations.”

Members of the adult congregations take turns leading the children’s ministry, another uniting activity as they entrust the spiritual development of their youngest members to one another. Along with the junior and senior high school ministries, the program is conducted entirely in English and helps families from different language groups bond through their children.

While the merger has brought both blessings and challenges, the rich histories of the Irving Park Corps and Mayfair Community Church (Corps) demonstrate the perseverance and willingness of each to adapt in order to effectively minister to shifting demographics and needs in its community.

The Irving Park Corps (originally named the Chicago Number 13 Corps) was founded in March 1891 in response to the needs of a growing Scandinavian population. In 1926, the Number 13 Corps moved to the Irving Park community and remained there until 2018. The Irving Park Corps embodied the mission of The Salvation Army, adjusting as needed to best serve the community and opening its doors to soldiers of other Scandinavian and North Side Chicago corps when they merged or closed. In its final years, the corps was primarily Spanish speaking, showing innovation, flexibility, in keeping with its roots, as members kept pace with their changing neighborhood.

Mayfair Community Church, which also was founded as an immigrant corps, has shown equal flexibility throughout the years. It was opened in 1988 as the Chicago Korean Corps by Colonels Paul and Anna Kim (who were then majors). The corps showed significant growth, which the Kims primarily attributed to a commitment to prayer and ownership by soldiers. The corps’ name was changed in 2005 to be more inclusive and an English ministry and Spanish Bible study were initiated to reach out to every member of their community. The rapidly growing congregation led to the building of a new corps community center in the Albany Park neighborhood with a chapel that seats 500. 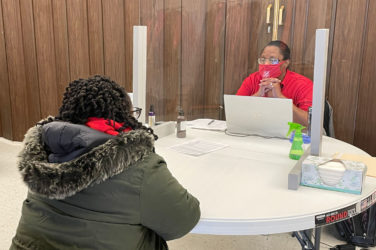 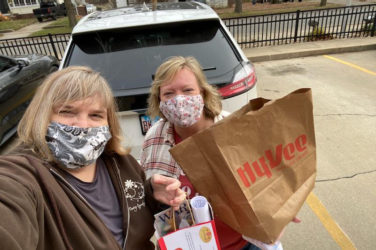 The Salvation Army holds a significant place in the heart of the Canton, Ill., ... 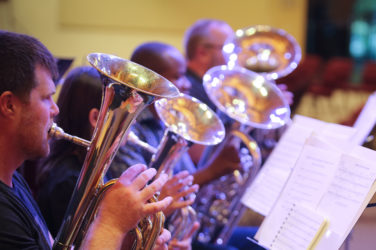 Equip 25/25 Leadership Conservatories a great success! by Josh Turner and Beth Malovance The ...