For the Boone, Iowa, community, especially the 72 members of the Boone High School Concert Band, the visit of the Chicago Staff Band (CSB) in late Februarywill long be remembered.

The CSB’s visit included performing a miniconcert for 65 band students from the Boone Middle School and leading worship at the Grace Community Church to their full congregation, but the highlight of the visit was a Saturday evening concert, An Evening of Music, which featured the CSB and the Boone High School Concert Band.

A year and a half in the making, the concert was well attended by more than 400 members of the community, giving students and their parents a new appreciation of The Salvation Army and strengthening its relationship in Boone.

The concert band, directed by Mr. Chris Truckenmiller, began the concert with Frank Ticheli’s Simple  Gifts, Movement 4 and Randall Standridge’s composition “Whiplash,” which showed off their versatility  and skill.

According to Harold, the CSB was glad to travel to the great state of Iowa, home of the “Music Man” and “Seventy-Six Trombones,” where banding is highly valued. “It was special to hear Salvation Army pieces, like ‘Southdown’ and ‘Dance Like David,’ played by a high school band,” he said.

“The Boone High School Band is so grateful that we got the opportunity to play with the CSB,” said Chris. “They were  inspiring and so fun and easy to work with. Our students enjoyed getting to know the members over dinner and had a truly special concert that night. We will remember this for a long time and hope we can do another one soon.” 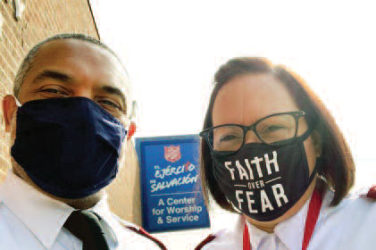 Before we were commissioned as officers last year, COVID-19 hit. It took us all by surprise and changed our lives. ... 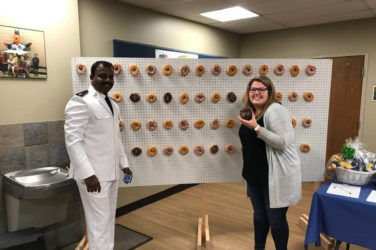 It was the opportunity of a lifetime for a captain from the India South Eastern Territory to travel more than ... 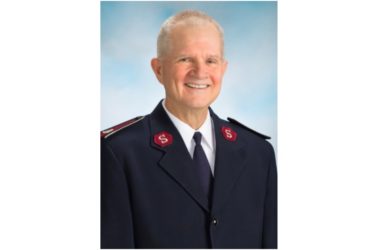 Choosing to be thankful

by Lt.Colonel Richard Amick, Secretary for Business Administration Forty-four years ago as a cadet, I experienced my first Thanksgiving away ...