Theatry Jones (TJ) first came to The Salvation Army in June 2006 after purchasing a home near the Noble Worship Center (Corps) in Brooklyn Park, Minn. Driving by the building, he saw a sign promoting worship services and decided to attend one Sunday.

Before he knew it, he was volunteering. “From day one, they put me to work,” said TJ.

He’s volunteered at the corps for more than 13 years, serving in capacities from cleaning the building and cooking meals to collecting food donations and being a driver for children’s programs and Christmas kettles. This past Christmas season alone, he gave more than 240 hours driving kettle workers to their locations.

TJ not only has served when it’s easy or convenient but in times of great personal struggle. On December 20, 2017, while he was driving a kettle route, TJ he felt pain in his chest and stopped at a clinic to check it out. A subsequent hospital scan and biopsy showed a six-centimeter cancerous mass in his lung—stage 4. Despite this diagnosis and even during his radiation and chemotherapy treatments, TJ finished serving throughout the Christmas season. Eight months later the tumor had shrunk to four centimeters and continued to diminish until there was no evidence of cancer. TJ credits not only the medical treatments but prayer.

TJ’s faith has grown significantly since coming to the Army. Though he accepted Christ as a child, he said his faith journey was inconsistent, “one foot in church and the other out” until he joined the corps in 2006. He was mentored by Captain Alex Lim, recommitted his life to Christ and was enrolled as a soldier on Easter, 2019.

This past Christmas, TJ felt a familiar pain in his chest and wondered if his cancer had returned, but on December 23 he received the best Christmas gift he could have hoped for—his doctor said there was still no evidence of cancer.

Auxiliary Captains Josh and Jennifer Polanco, current Noble corps officers, asked TJ how he was able to continue volunteering when he was in pain and feared the cancer was spreading. He simply replied, “There is no sense for me to stay home and be worried about it. I am going to keep doing God’s work.”

Clearly, he embodies his favorite verse, Proverbs 3:5-6 (NIV): “Trust in the Lord with all your heart and lean not on your own understanding; in all your ways submit to him, and he will make your paths straight.” 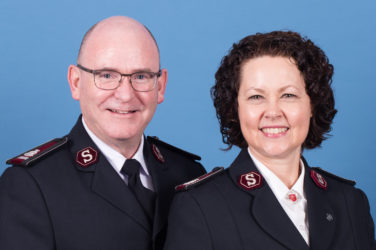 Commissioners Lyndon and Bronwyn Buckingham will be the featured guests for this year’s commissioning ... 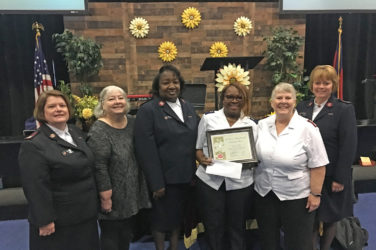 In recognition of her outstanding service to the Lord and the Kansas City Eastside, ... 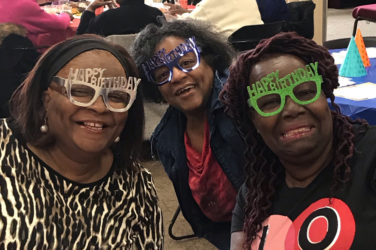 A hub for community

“If you define ministry very narrowly to only Sunday morning or corps programs, you ...