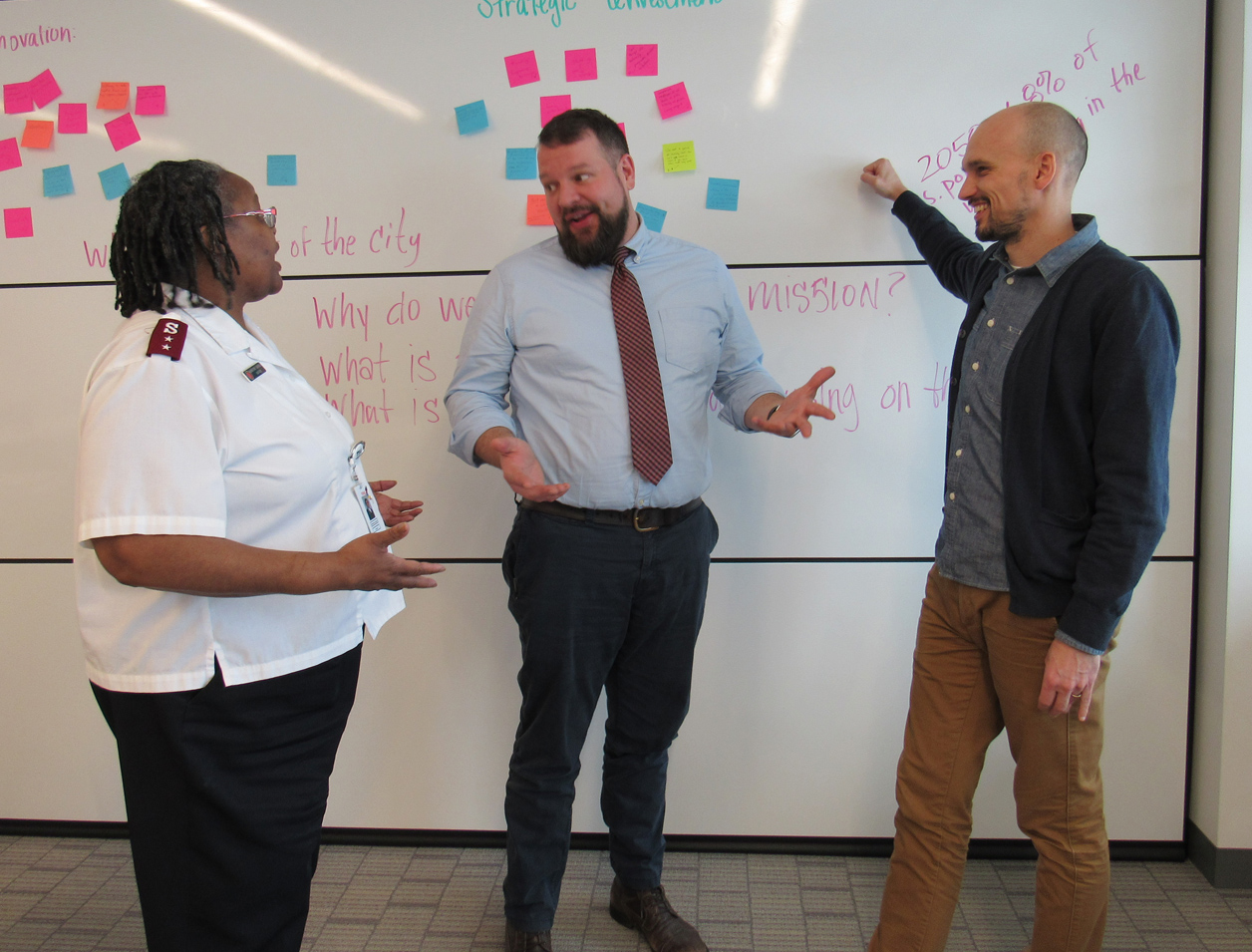 There is a wave of excitement and growing tension across the territory. Can you feel it? Following a recent review of current systems and practices and the announcement of the territory’s Mission Imperative of “More people, more like Jesus” with five focus areas, the Central Territory has drawn the proverbial line in the sand regarding mission impact in our cities.

The focus for City Mission reads:

We seek to be a Salvation Army intimately woven into the fabric of our cities and responsive to their needs both practically and spiritually. An Army marked by:

What is emerging from territorial leadership and is being embraced readily in the territory is a renewed missional intentionality that seeks to draw Salvationists and those who align themselves with the Army’s mission into reflection about God’s vision for the city.

The world is becoming increasingly urbanized. Here are some facts from the United Nations to consider (www.un.org/sustainabledevelopment /cities/):

• The 21st Century is the first time more people live in cities than don’t.
• Only two centuries ago, just three percent of the world’s population lived in cities; today, over 50 percent do.
• Since 2007 more than half the world’s population has been living in cities, and that’s projected to rise to 60 percent by 2030.
• Half of humanity, approximately 3.5 billion people, live in cities; by 2030 it’s projected to be 5 billion.
• One of four urban residents live in slum-like conditions.

While cities are hubs for ideas, commerce, culture, science, productivity, social development and much more, they also are marked by challenges such as congestion, lack of funds to provide basic services, safety, a shortage of adequate housing, declining infrastructure, gun violence and environmental concerns such as pollution.

At their best, cities have enabled people to advance socially and economically. However, one of the most pressing challenges today is inequality. For example, over 1 billion people live in slums, and this number keeps rising.

With the number of people living in cities projected to rise to 5 billion by 2030, it only makes sense that The Salvation Army’s ministry should be directed toward places where the greatest number of people live and, by logical extension, the greatest opportunity for mission impact. The city is a vital and vibrant context for faith, life and ministry. God is calling Salvationists to open our eyes and hearts to the notion that the Kingdom of God is in our cities.

We need to acknowledge that part of our struggle for membership stems from our retreat from cities and neighborhoods where our social ministries are needed most. In the Central Territory, we are noticeably absent in parts of the city where we are most needed. In many megacities, our footprint has shrunk or is altogether absent. Thus, the impetus for City Mission is both a recognition of the changing landscape of our cities and a deliberate return to the city—but not as a “savior.” Our focus on City Mission comes from a posture of a returnee to the city with humility seeking to partner with those we serve, not merely do for them.

In a nutshell, City Mission seeks to be a contemporary expression of Jeremiah 29:7 (NIV) which says, “Also, seek the peace and prosperity of the city…Pray to the Lord for it, because if it prospers, you too will prosper.”

City Mission reminds us how our Salvationism and the spiritual lives of the city are interwoven. 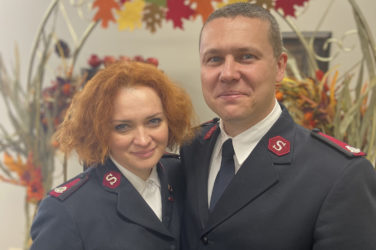 Committed to Christ and their calling 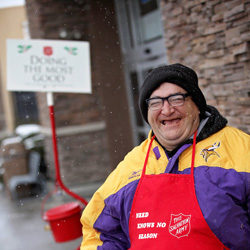 by Craig Dirkes A 45-year-old man is in his fourth year of ringing bells ...