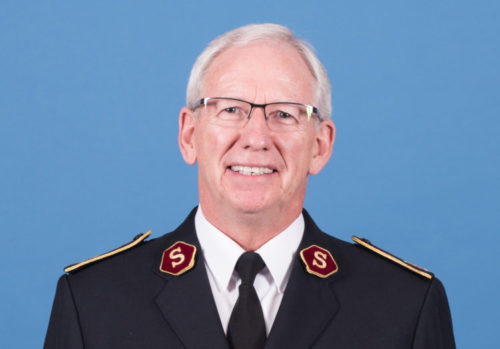 GENERAL Brian Peddle and Commissioner Rosalie Peddle visited the Vatican today for conversation with His Holiness Pope Francis. During the visit, the accompanying delegation – Commissioner Betty Matear, Secretary for International Ecumenical Relations, Lieut-Colonel Massimo Tursi, Officer Commanding Italy and Greece Command and Major David Williamson, Private Secretary to the General – met with Cardinal Koch, Bishop Farrell and Father Avelino Gonzales of the Pontifical Council for the Promotion of Christian Unity. In a warm and open discussion the prospect of continued conversations was discussed and General Peddle underlined the areas where The Salvation Army and the Roman Catholic Church share common challenges in the mission to the poor and marginalised. The discussion focused on effective mission and evangelism and serving suffering humanity.

Following a profitable time of sharing, the delegation then had an opportunity to meet with Pope Francis in the Papal Library. The General had a time of private conversation before the Salvation Army representatives were presented to Pope Francis. General Peddle presented his message and Pope Francis responded. The General then prayed with the Pope.

During the visit, The Salvation Army delegation was given privileged access into the Sistine Chapel and St Peter’s Basilica.

It is intended that beyond this historic visit there would be a series of meetings, which will strengthen relationships and cooperation in areas of mutual concern and service.

From a report by Commissioner Elizabeth Matear

A look at The Salvation Army in Japan

In 1895 a small group of British officers arrived in Yokohama, Japan, to start the work of The Salvation Army. ... 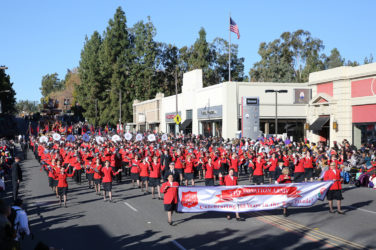 NEW Year’s Day 2019 marked the one hundredth occasion of a Salvation Army band marching in the world-famous Pasadena Rose ...

by Rob Bonesteel Volunteer Services Director The Salvation Army USA Central Territory Our country has been blessed with generations of ...