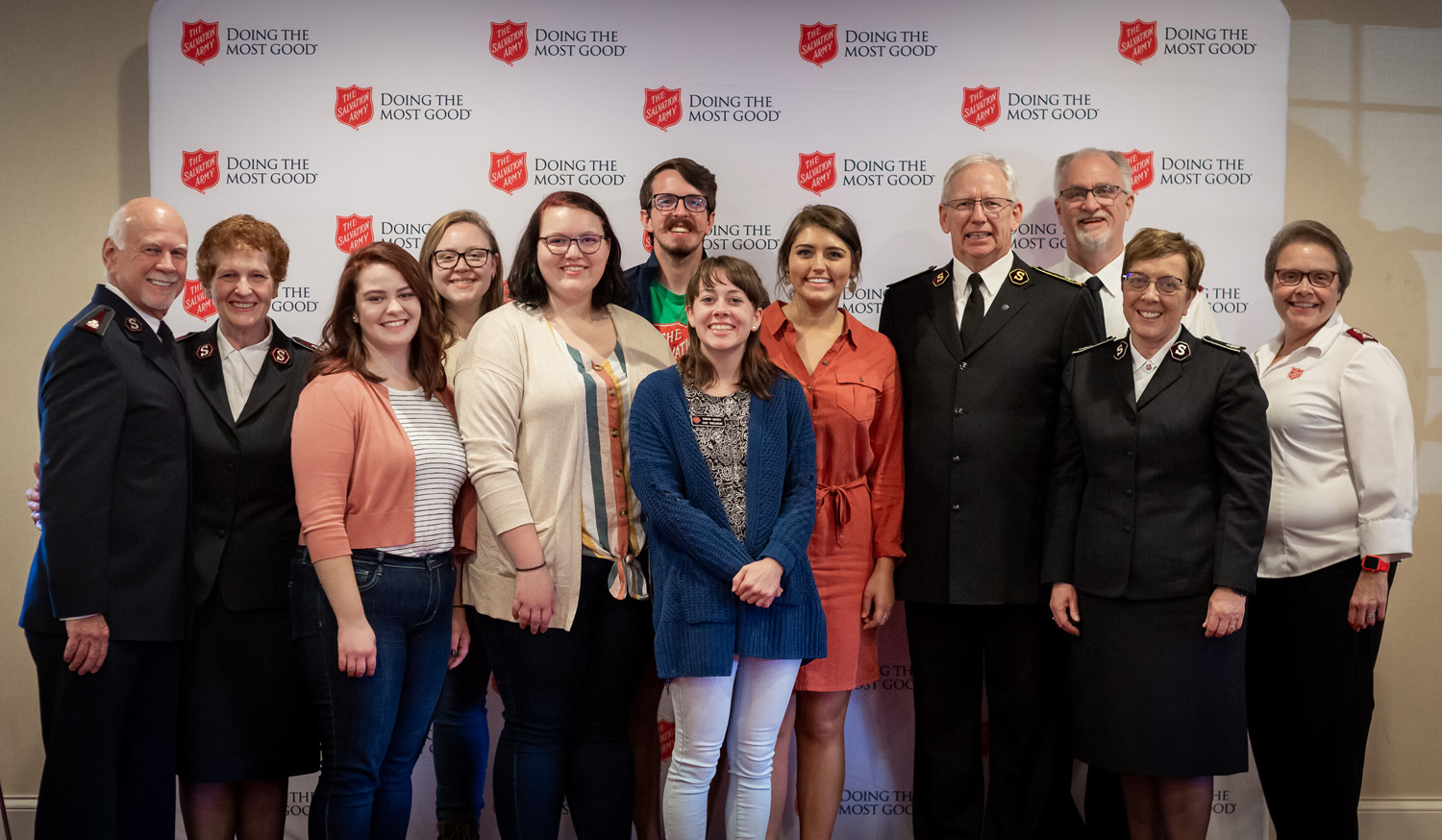 AT the invitation of Dr Kevin Brown, the recently-appointed President of Asbury University, General Brian Peddle visited the campus to speak at a student chapel service. The university, in Kentucky, USA, has a long history of Salvation Army links and – before the service – the General and Commissioner Rosalie Peddle (World President of Women’s Ministries) met informally with members of the Salvation Army Student Fellowship under the leadership of Majors Paul and Alma Cain.

The General said he heard about Asbury all his life and was excited to finally visit this special place. The students asked questions regarding the General’s social media presence, his ability to have free time, preparing for God’s calling and the importance of music and the arts. The General emphasised the importance of using social media for positive, encouraging communication and explained how he is able to communicate instantly to tens of thousands of people with a Tweet or Instagram posting.

In the student chapel, the General spoke on the theme ‘Separated and Sent’. He said that the students at Asbury were separated or set apart for a purpose – to be sent into this world. ‘God doesn’t just want to hug you but to send you,’ he told students, faculty and guests. Speaking about the biblical example of Joseph relying on God to answer Pharaoh’s questions, the General explained that God ‘will do miraculous things with separated and sent people’.

Music was provided by the Salvation Army Students Fellowship Band and Songsters.

Speaking from the heart, the General talked about the varied elements of Salvation Army mission he had witnessed during his travels around the world. He gave thanks for all the employees and staff locally, nationally and internationally, praising their hard work and dedication to the mission of The Salvation Army.

The international leaders met with headquarters officers, sharing further and answering questions about some of the challenges that face the international Salvation Army, including church persecution and leadership issues, such as the importance of encouraging and supporting women to become leaders.

In 1890 four Salvation Army officers (who initially didn’t speak a word of Spanish!) launched the work of The Salvation ...

Since 1988, amateur “ham” radio operator volunteers have had a remarkable impact on the world in times of disaster thanks ...

by John Marshall I was invited to attend the dedication of The Salvation Army’s new Johnson County Family Lodge in ...