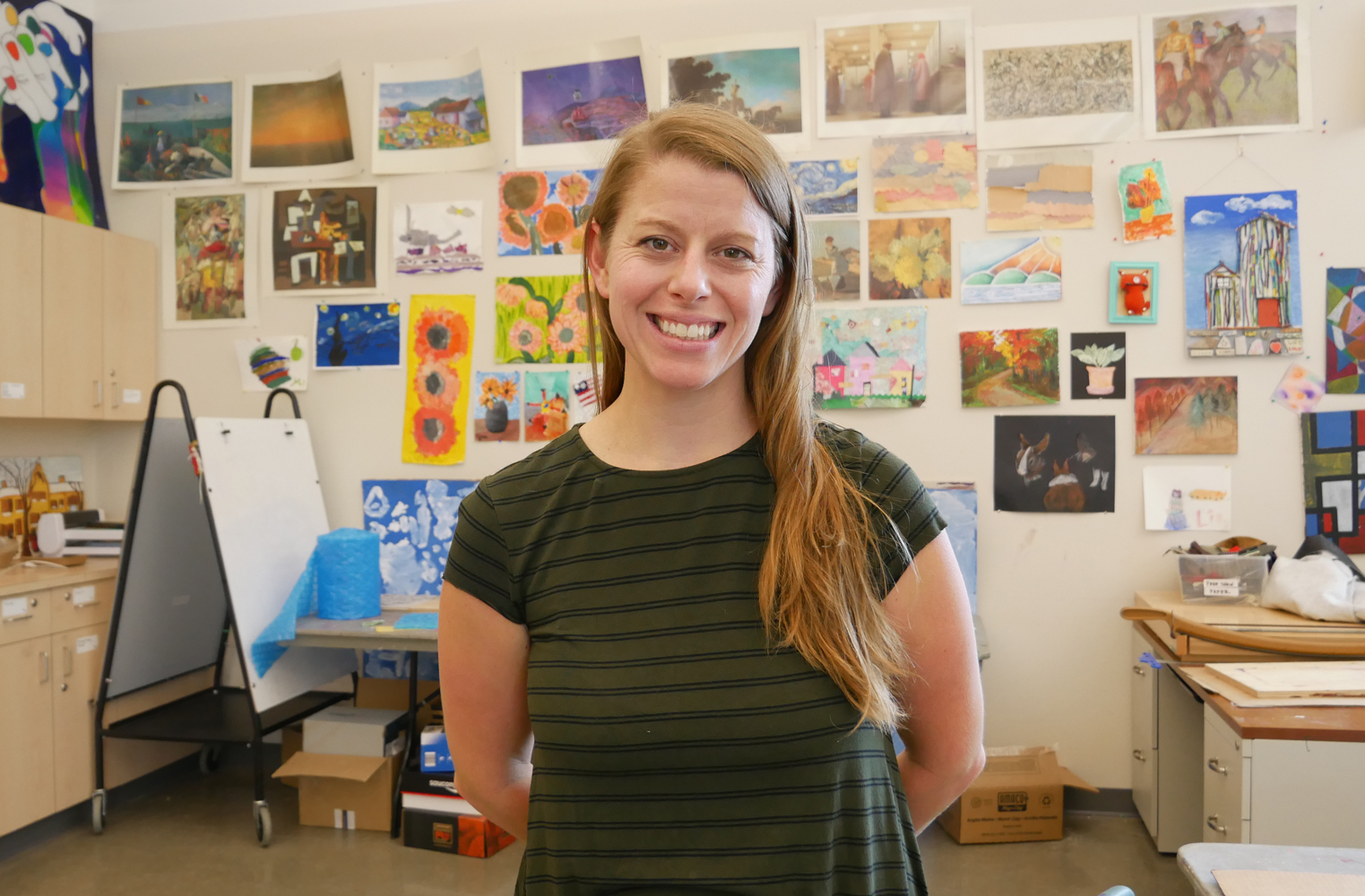 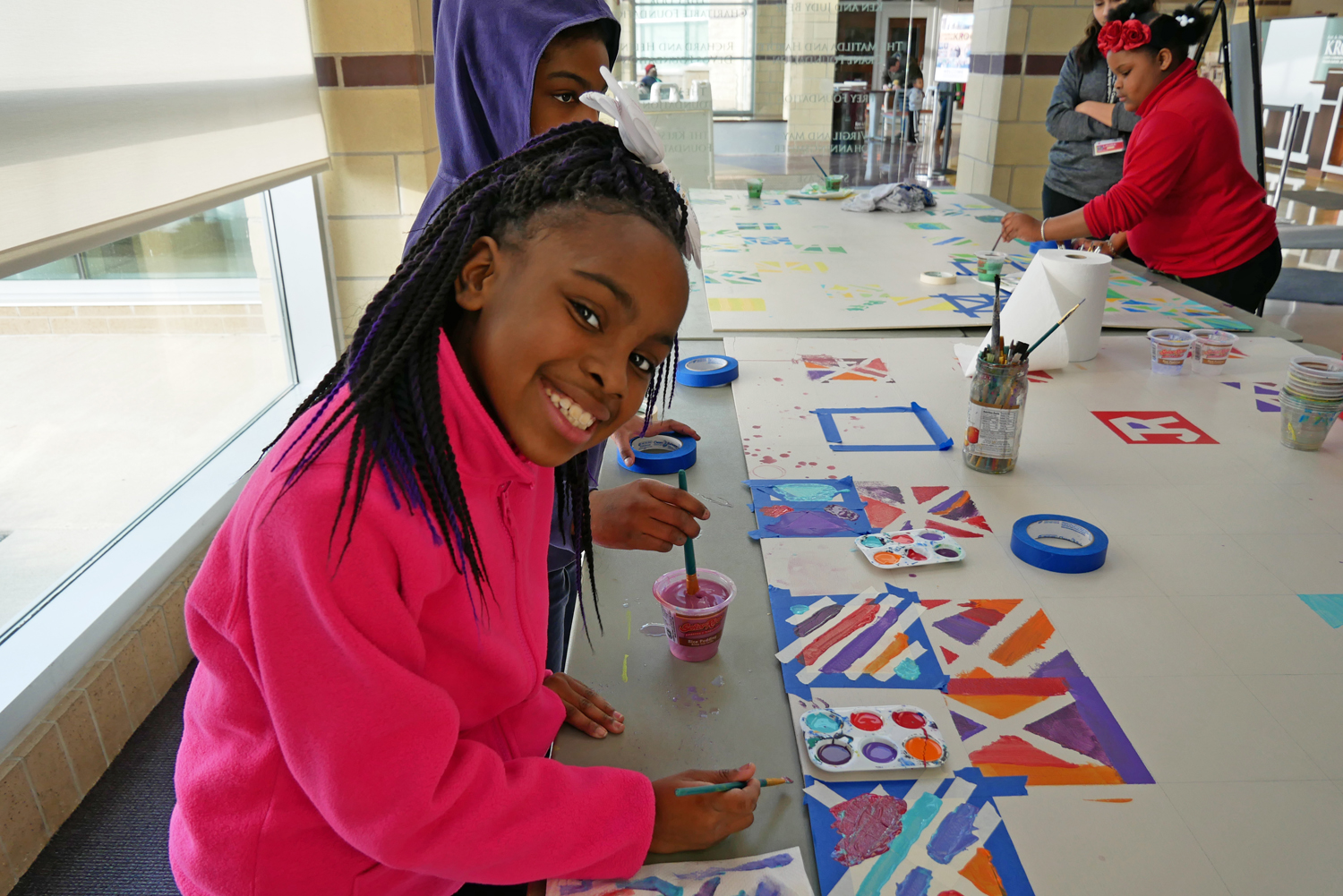 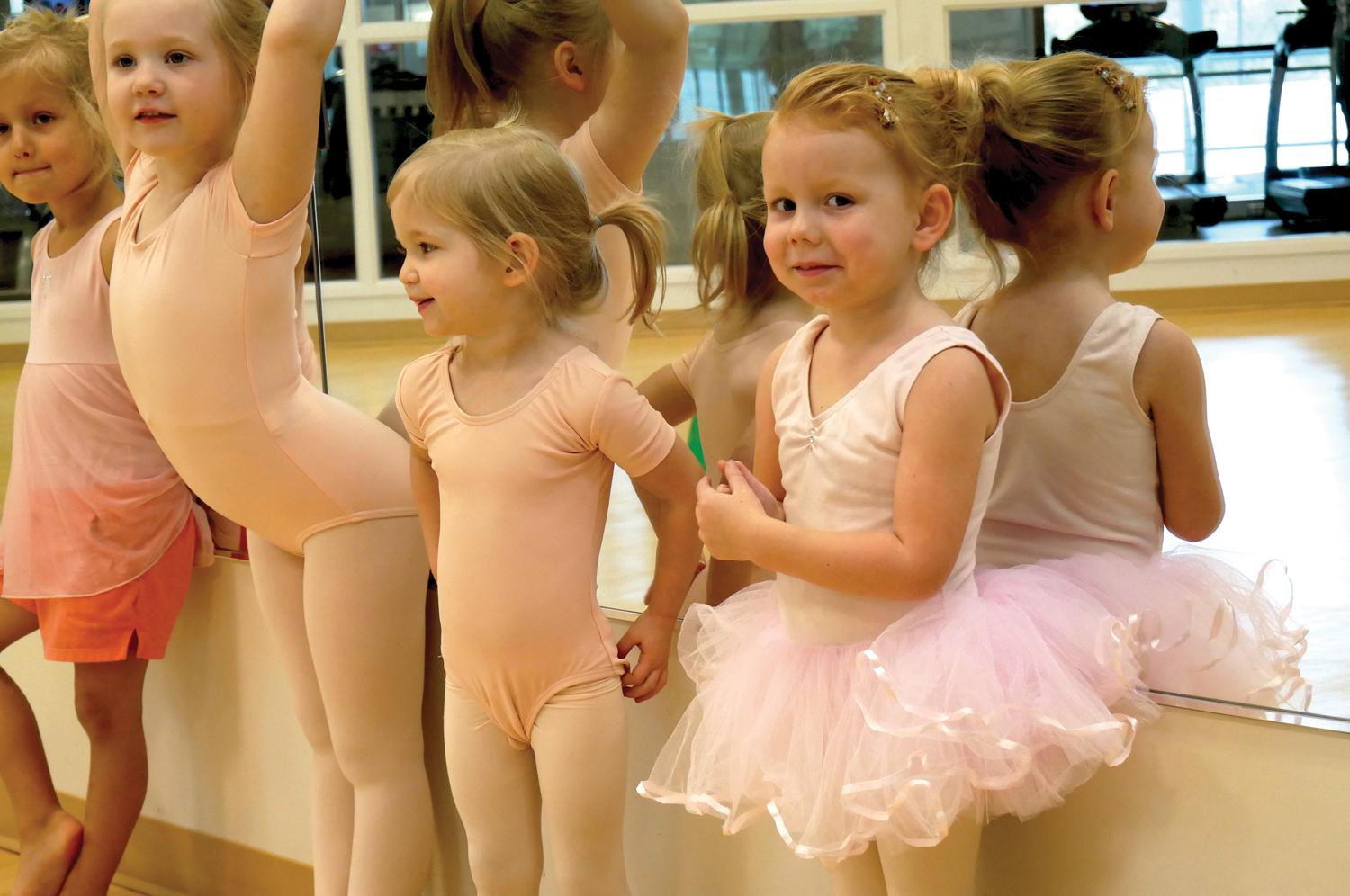 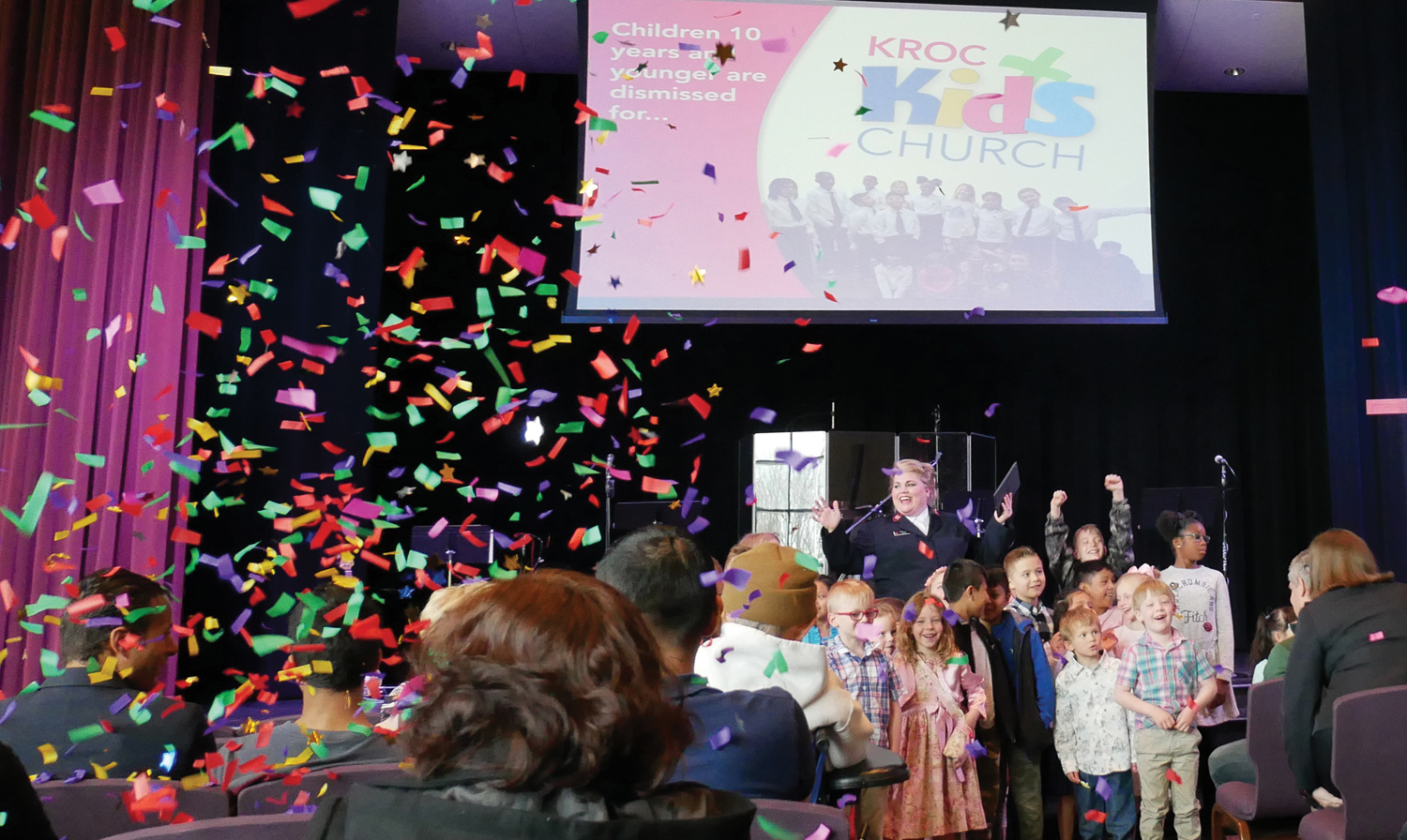 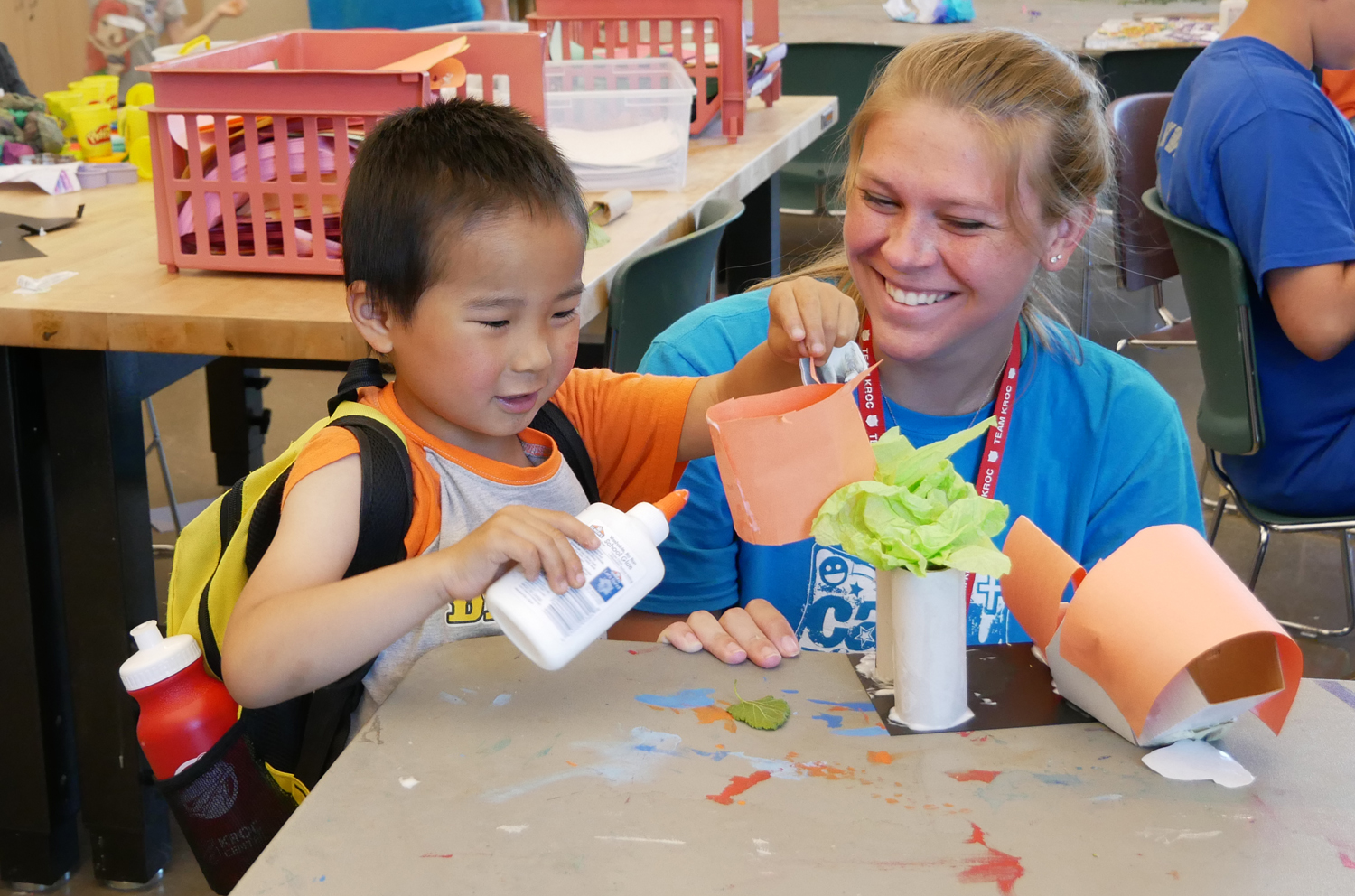 Inspired by the thriving fine arts scene in Grand Rapids, Mich., the Ray and Joan Kroc Corps Community Center is offering a three-phase, comprehensive fine arts initiative to help produce the city’s next generation of artistes.

“The city has a thriving arts scene; it’s home to a professional ballet company, a symphony orchestra, two major art museums, an art college and a civic theater, but not everyone living here can enjoy these arts,” said Alyson Rodriguez, Kroc Center fine arts supervisor.

“The philosophy behind our push into fine arts not only was to fill the gap left by public schools cutting back on art and music classes but to bridge more of the community into our center and eventually into our corps,” said Captain Bill Brutto, senior Kroc Center officer, who added, “Missionally, this approach aligns perfectly.”

Phase One began three years ago when a nearby elementary school’s art and music teacher went on sick leave. Alyson expanded the students’ fine arts options at the center to include dance and drama; soon a second elementary school began sending students to fill its fine arts gap as well. A collaborative relationship with the Grand Rapids Ballet led to six weeks of learning enough skills for 4th and 5th graders to stage a spring showcase at the center for their families and the community. Students from a concurrent class in bucket percussion also were showcased.

The event coincided with Alyson’s debut of an ingenious community visual-arts project. Three large panels, each marked with four-inch squares, were placed in the lobby for passers-by to add any type of artistic expression before the panels were hung as a mural.

Word spread among Kroc members, corps attendees, local schools and the community. People were spotted working on their squares whenever the center was open. Intercultural and multigenerational relationships sprouted, including a friendship between a young man from Puerto Rico and an older woman from Michigan’s Upper Peninsula who discovered their squares held almost identical landscapes! As the mural took shape, it produced an eye-catching, quilt-like effect. Many people were justly proud when the mural was installed. Also on display are prizewinning works donated to the center by artists participating in the annual Grand Rapids “ArtPrize” Fall Festival, an event that draws more than 1 million spectators each year.

Phase Two of the fine arts initiative expanded classes for additional grade levels at a total of nine elementary, middle and high schools, all within three miles of the center, as well as adding Fit Kids and swimming lessons. Meanwhile, Captain Bill arranged a scholarship program offering free Kroc Center memberships to students attending at least 75 percent of their school year.

This past summer, the Kroc Center started four, half-day specialty camps in ballet, theater arts, ceramics and ukulele/guitar, in conjunction with its traditional summer day camp program, which also featured a broader fine arts emphasis with a weekly rotation of art, music and dance classes. After the Kroc Center’s praise team came to play for more than 100 day campers, Alyson reported some of the kids said they wanted to be on the team someday. She added these specialty and traditional day camps were designed to feed into the center’s fall schedule for expanded fine arts classes and the start of a singing company.

“Incorporating youth into Sunday worship can swell corps attendance by an extra 100-150 people,” said Captain Bill. “Visitors are asked to provide contact information so they can receive our weekly newsletter. After our pastoral follow up, some families have made the Kroc Center their church home.”

Phase Three, concluded Alyson, is anticipated to begin in two or three years and may include advanced classes with the Grand Rapids Ballet, possibly followed by continued training within the company. 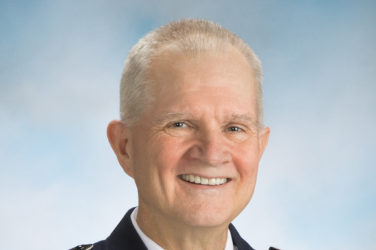 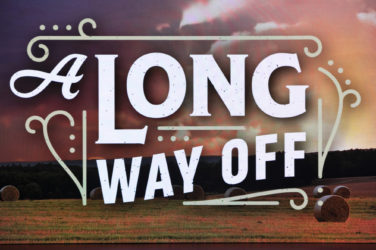 The world premier of the musical A Long Way Off, the creative and collaborative genius ... 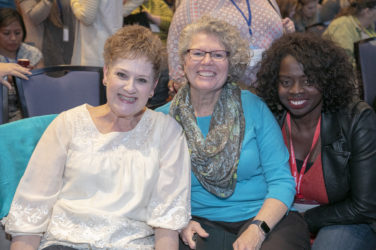 More than 1,500 women from the Central Territory and beyond gathered at the Hyatt ...