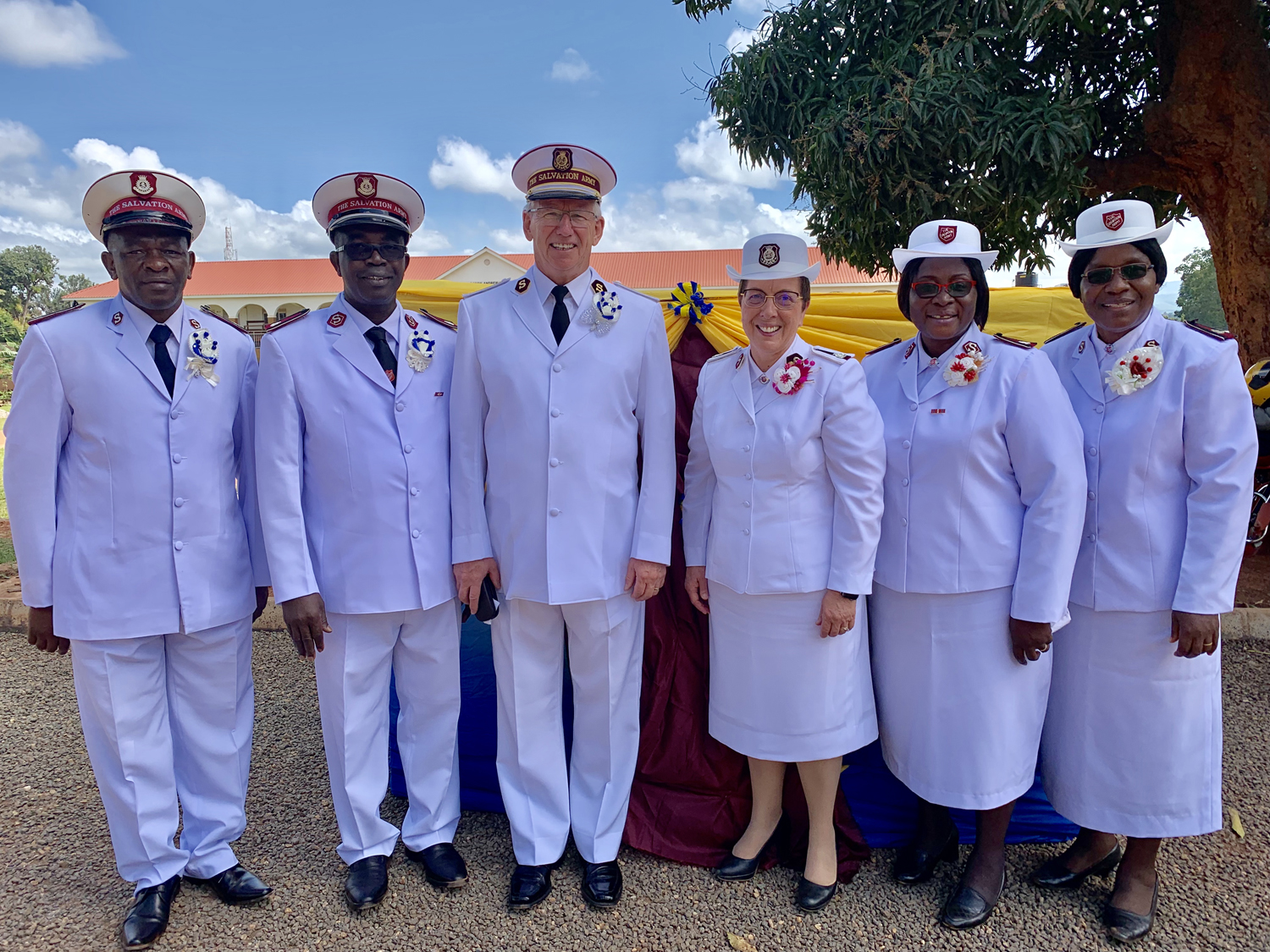 EXUBERANT moments of praise and worship were experienced by Salvationists and friends in Uganda, during a visit by The Salvation Army’s world leader, General Brian Peddle and Commissioner Rosalie Peddle, World President of Women’s Ministries. The international leaders dedicated to God a new corps hall, a 28-room hostel to accommodate the growing number of cadets (trainee Salvation Army officers) and commissioned the newly-formed Uganda Territorial Music Brigade. The packed itinerary also included officers councils and public meetings where the General challenged listeners to consider salvation in Christ. More than 100 people responded positively to this call.

Territorial Commander Colonel Samuel Kwao Oklah hosted the international leaders throughout their visit. The opening of the hostel on the site of the territory’s training college saw Training Principal Major Jethro Chidamba extend sincere appreciation to the USA Southern Territory for their financial support. Music from the band led into prayerful and joyful moments as Commissioner Rosalie Peddle dedicated the building to God.

Thousands of people awaited the international leaders’ arrival at Bukokho Corps in the east of the country. Here, the General dedicated and commissioned the largest corps hall in the Uganda Territory. Ninety per cent of the total cost of this building project was donated by The Honourable Simon Mulongo. Now the deputy head of the African Union Mission to Somalia peacekeeping agency, Mr Mulongo is a Salvationist from a humble background who believes God has lifted him to this status and now strives to give back to God. By constructing this place of worship, Mr Mulongo’s desire is that other people can encounter this same God. In his address, the General encouraged this generous spirit to multiply in the territory.

On Saturday morning, Salvationists gathered for men’s and women’s rallies. The General spoke to more than 500 men, reminding them to live a holy life for the betterment of their families and their own, citing that man was created in God’s own image and for his own purpose. Many responded to the call to commit their life to Christ at the mercy seat.

Commissioner Rosalie Peddle spoke to approximately 800 women on three important themes: urging the women to re-emerge, to be empowered and to stand up above social limitations in order to live to their fullest calling as Salvationists. During the afternoon, more than 900 young people gathered to meet the General.

Sunday’s programme began with a march of witness through Mbale, which attracted many people as the Ugandan musicians – supported by participants from Nairobi Central Temple, Kenya East Territory – led the masses. The international leaders received the salute.

Later, a congregation swelling to nearly 3,200 people gathered to listen to the General bring a Bible message based on 1 Peter 1:13-16. Exhorting the crowd not to conform to the standards of the world, the General’s words were powerful and moving. Many prayed at the mercy seat, with others accepting Christ as their personal Saviour.

During the meeting, the General commissioned the first-ever Uganda Territorial Music Brigade, including both a band and songsters. ‘You have to employ your talents to witness for Christ and help to expand The Salvation Army in and beyond this land using the power of music and its tools,’ the General charged the musicians. The young men and women made promises as the General awarded them with their certificates.

Officers councils, for the territory’s 171 active and retired officers and cadets, concluded the international leaders’ visit, with a focus on the General’s worldwide Call to Mission. Rounding up the weekend, the General urged those assembled to live out their calling, assuring them that Uganda is on his heart. Recognising the ‘blessing of young officers’, the General noted the ‘unique potential’ for the Uganda Territory. All the officers present responded by moving to the mercy seat to rededicate themselves to God’s service.

Stars appear at DAOC in Wisconsin 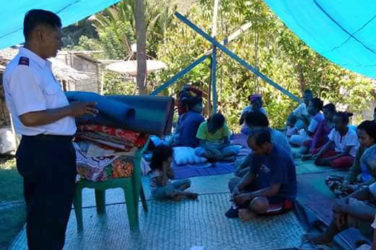 Provision of medical facilities is a key focus in the early stages of The Salvation Army’s disaster response in Central ...

AS people around the world celebrate the United Nations International Day of Persons with Disabilities this week, The Salvation Army ...