Stanford, Kentucky — In the early morning hours a gas line explosion rocked central Kentucky, killing at least one person and leaving others injured. Officials evacuated surrounding neighborhoods as a precaution, leaving uncertainty and fear for residents.

The Salvation Army in Danville, Kentucky reacted quickly, dispatching their canteen (mobile feeding kitchen) to offer aid to survivors and responders alike. Lieutenants Roger and Lindsey Galabeas – who just arrived in Danville less than two months ago – are leading The Salvation Army’s response to this disaster.

“We knew we would be needed; for food, drinks, a comforting smile, and a prayer,” said Lt. Roger Galabeas when asked about deploying the canteen so quickly.

The Salvation Army is coordinating with officials and other response agencies to monitor the situation and respond as needed in a fluid situation.

“We’re making sure those evacuated and the first responders risking their lives to help, have cold drinks on this hot day, as well as comforting snacks,” Lt. Lindsey Galabeas said. “And, of course, we’re here to offer Emotional & Spiritual Care as needed.”

The holistic approach to the ministry of disaster response is part of what separates The Salvation Army from other important response organizations.

The canteen stationed in Danville is part of a nation-wide network of equipment and personnel strategically positioned to allow for immediate response to local, regional, and national disasters.

Nashville, TN — The Salvation Army in Nashville is currently providing hydration support to first responders and survivors in Humphrey’s ... 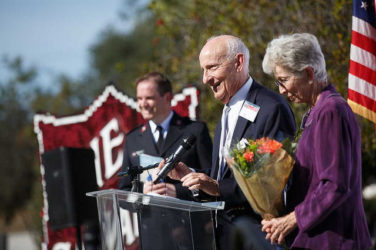 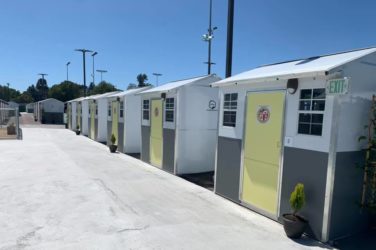 Addressing Homelessness in Southern California: It Takes a Village