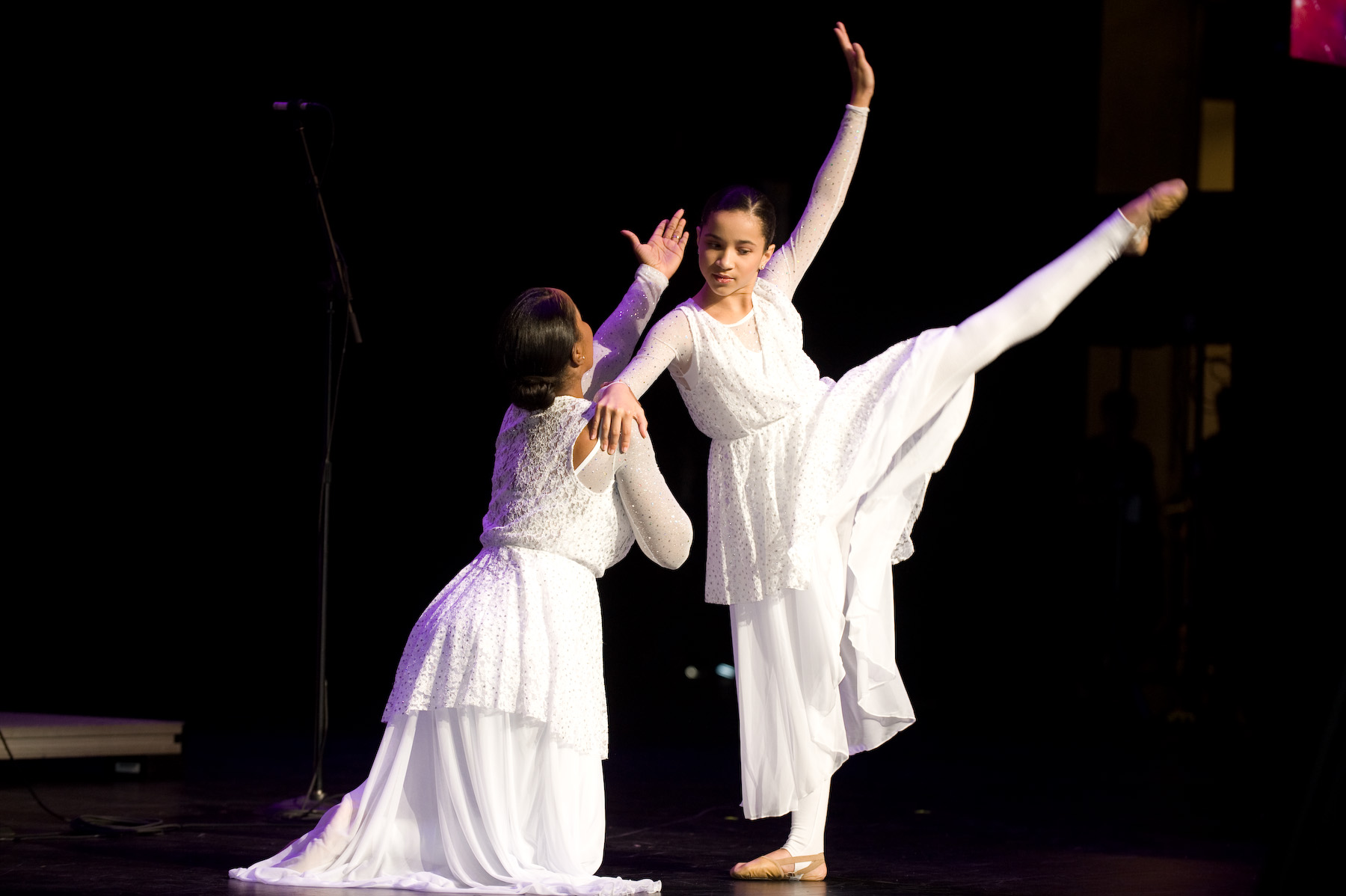 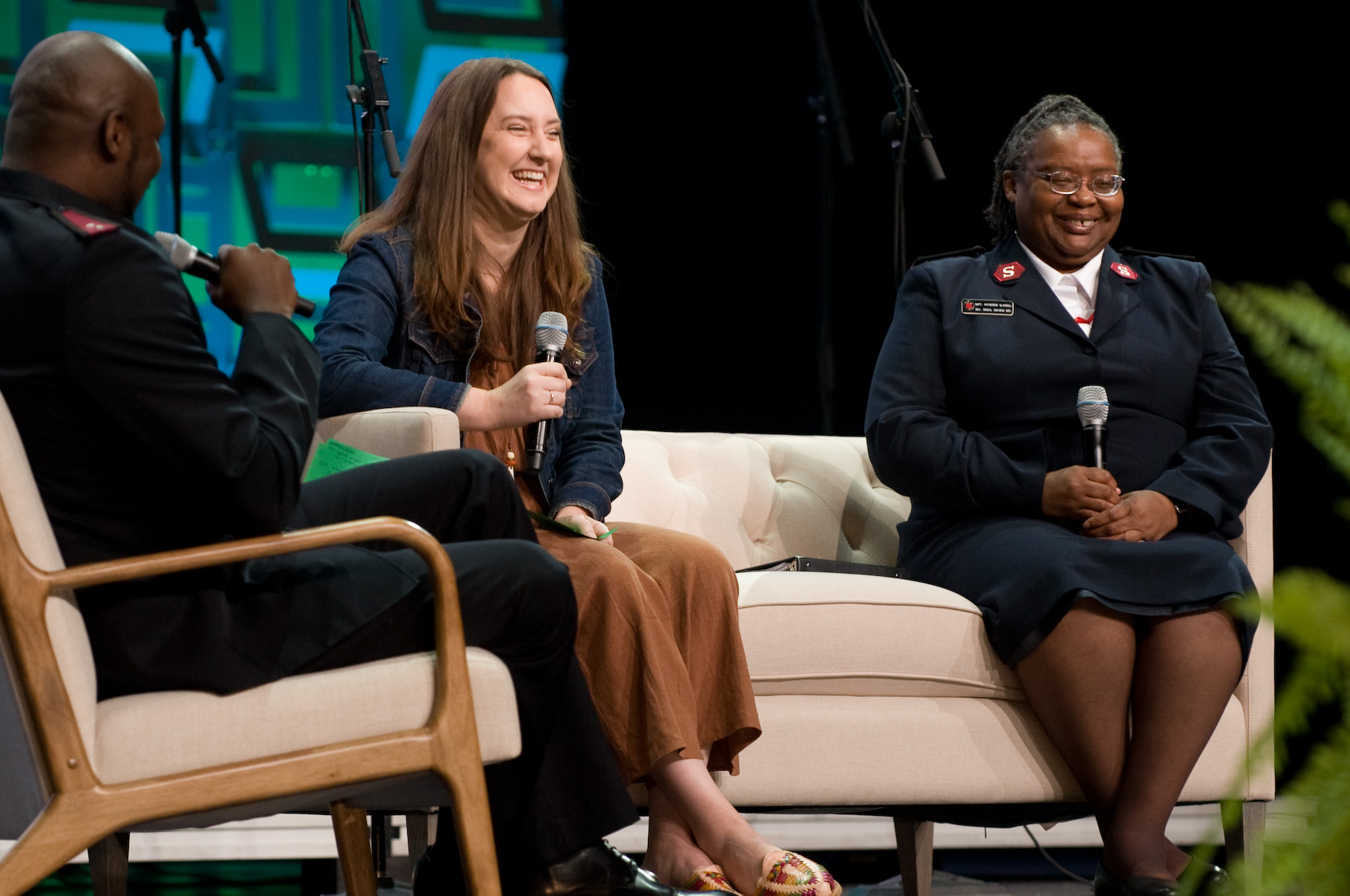 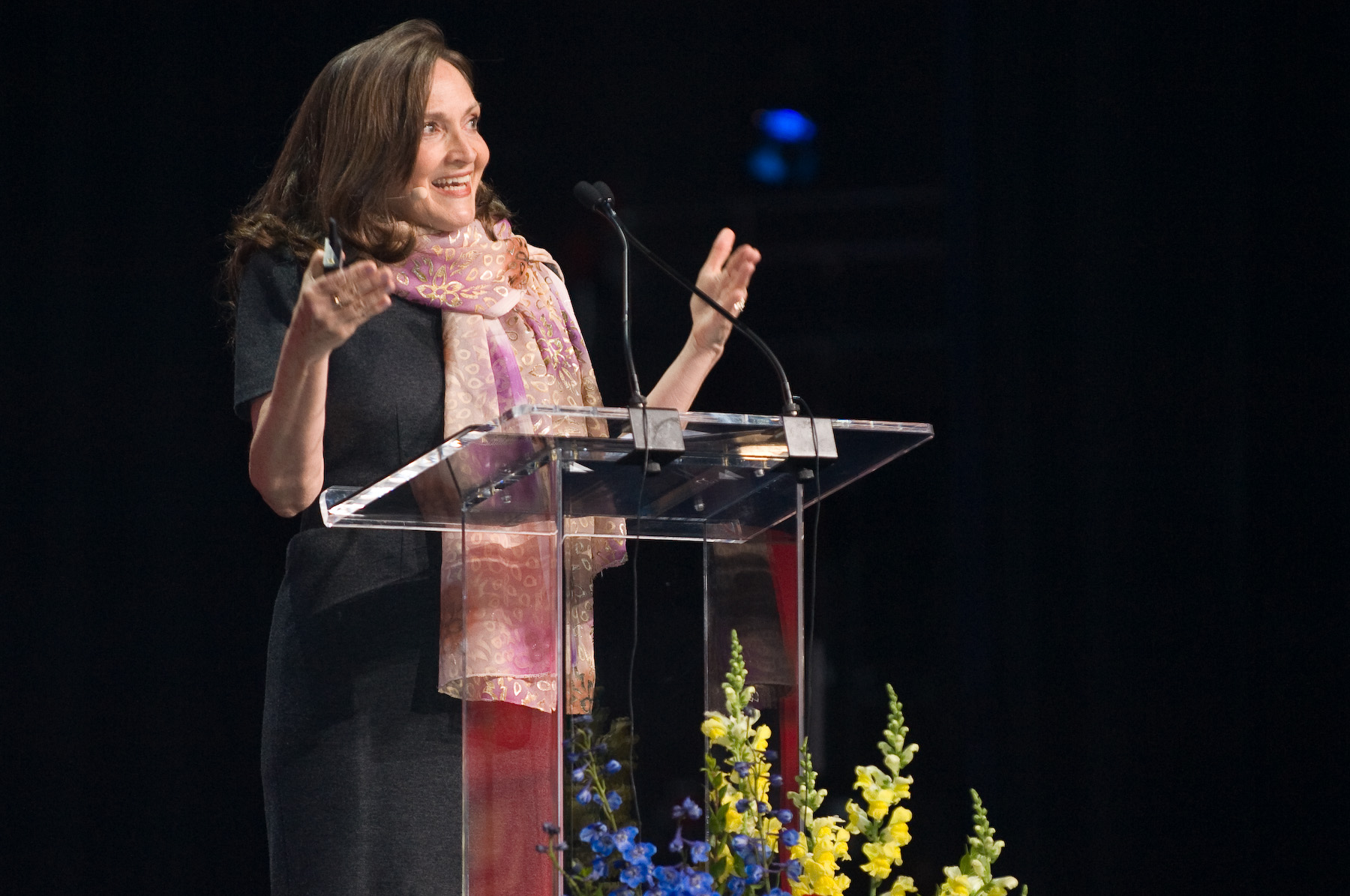 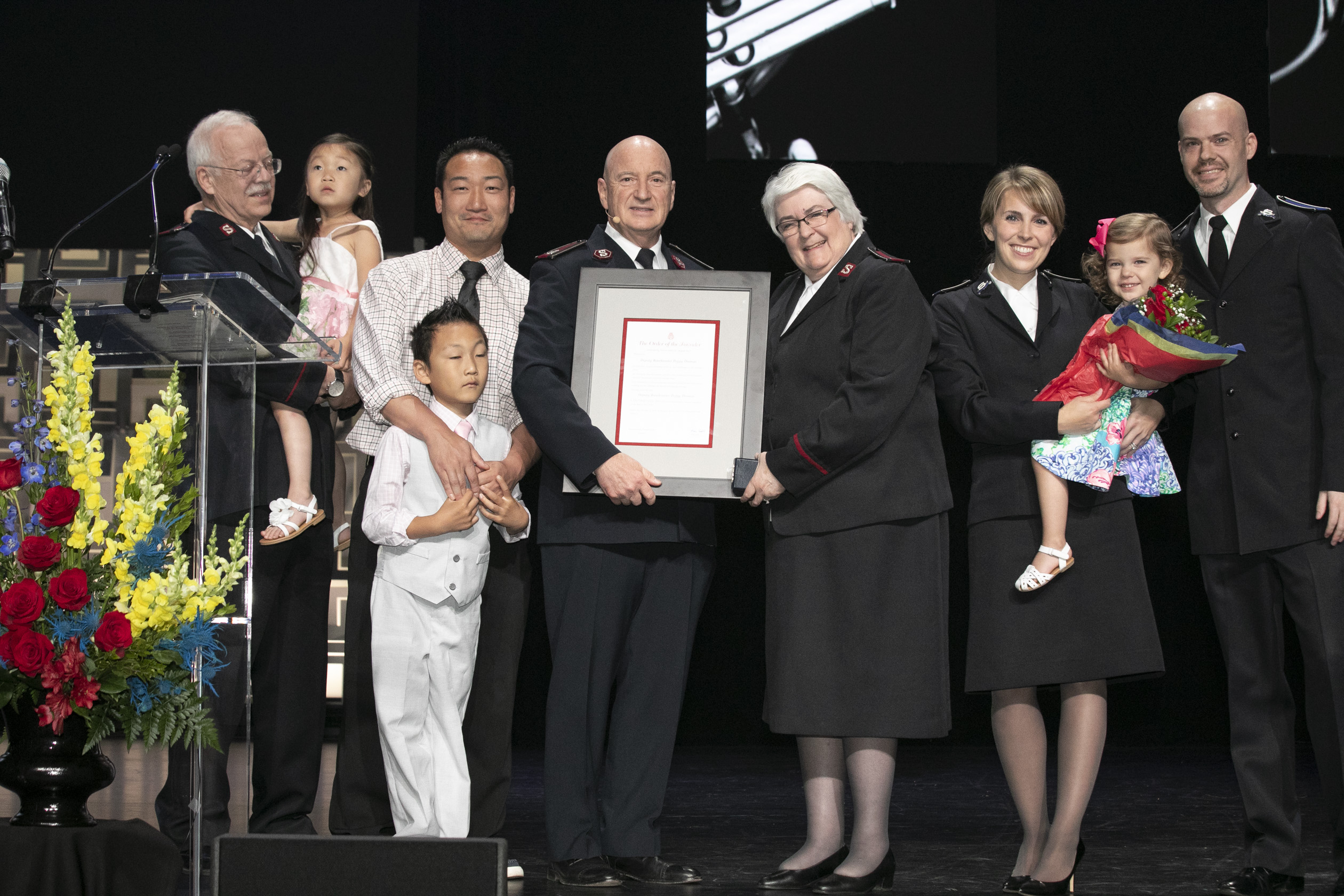 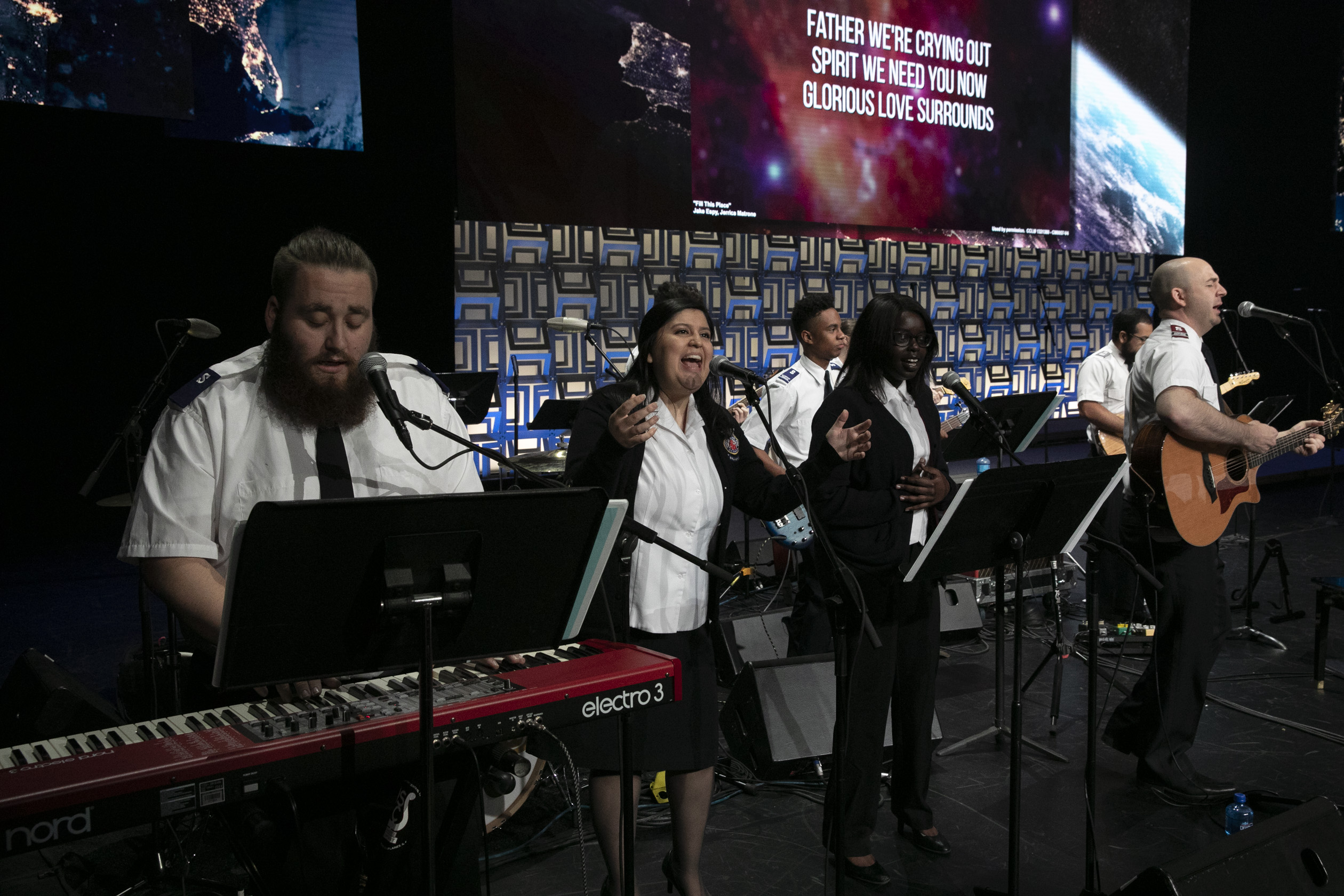 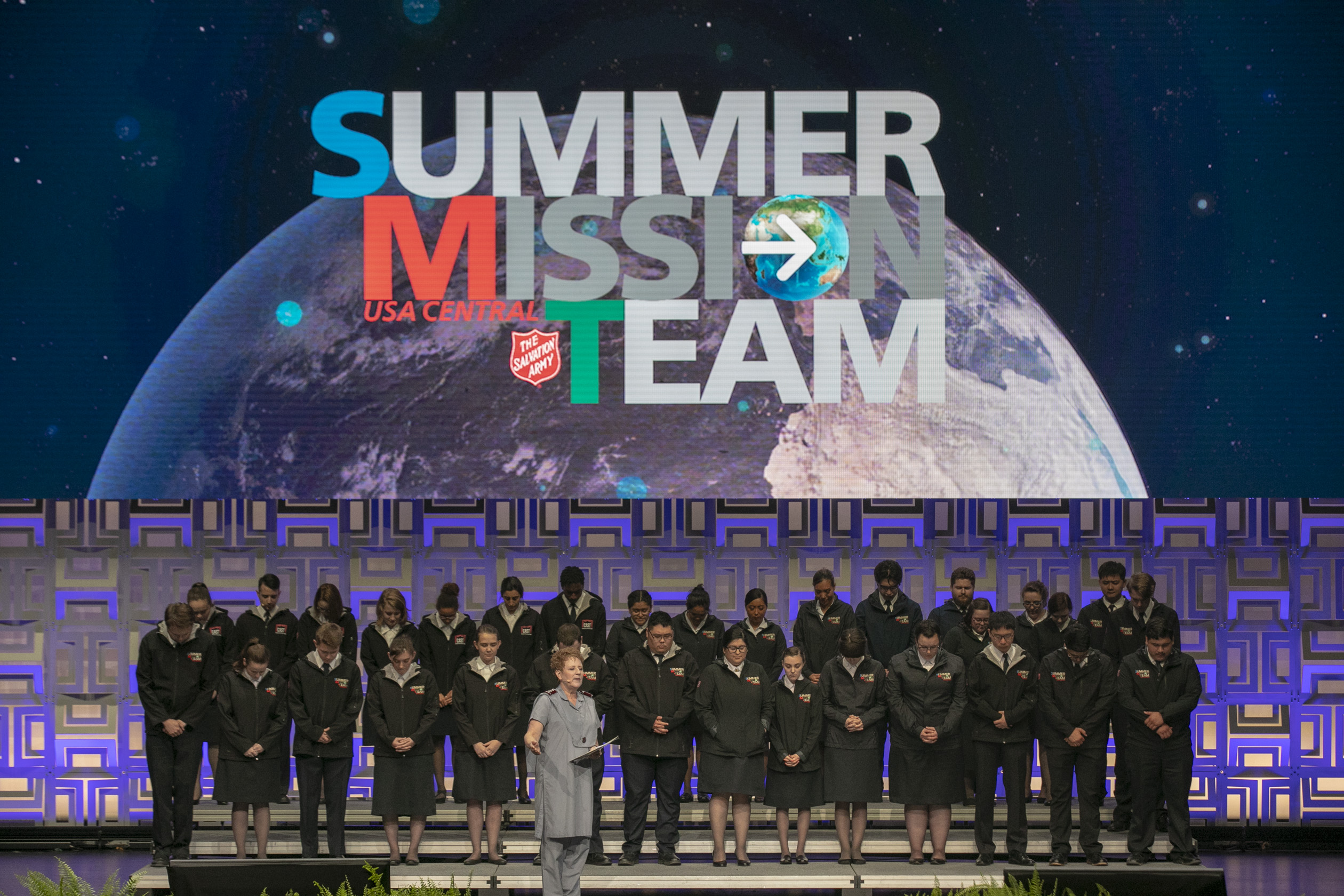 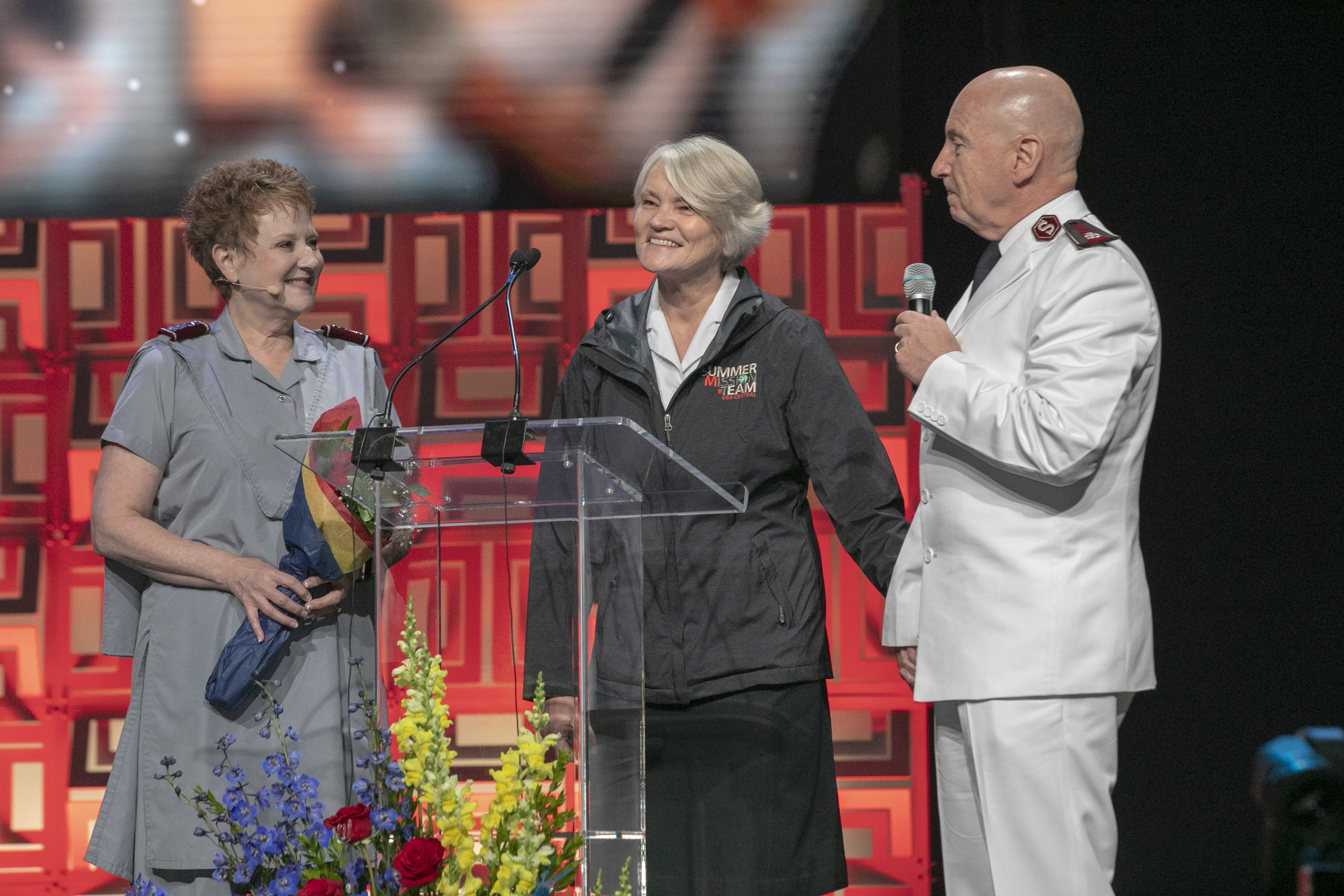 This summer 1,450 delegates gathered in Milwaukee, Wis., for a commissioning weekend led by Commissioners Brad and Heidi Bailey that celebrated the transforming and equipping power of God and called Salvationists to a new level of faith and action. The event featured National Ambassadors for Holiness Dr. Bill and Diane Ury, explored the theme “An Army of Compassion” and unveiled the territory’s direction.

The keynote session, Compassion, My World, fulfilled its promise with an inspiring program which gave a glimpse of how the Central Territory partners with territories worldwide to carry out the mission.

The meeting featured the faith-deepening experiences of Captain Enrique Coreano and Flor Guzman-Cardenas, and included praise led by The Singing Company, selections by the Chicago Staff Band (CSB) and dramas by the Bill Booth Theater Company (BBTC). An update was given on the 20 New Corps initiative, and the World Services/Self-Denial Ingathering revealed an astounding $9.7 million was given.

Chris Shay, territorial director for world missions for 19 years who is retiring this summer, was taken by surprise with recognition by Commissioners Brad and Heidi Bailey which brought delegates to their feet. “You have been part of transforming this territory in vision and opportunities,” said the territorial commander. The final young adult summer mission teams for which Chris is responsible were dedicated in prayer by Commissioner Heidi Bailey, who urged them to serve with their eyes wide open and to work hard but pray even harder. “Come back changed,” she said.

The meeting’s culmination was a heart-felt message by a radiant Diane Ury. Drawing on scripture complemented by personal experience, she made a compelling case for nothing less than authentic faith that sees the world as Christ and sends us out to save lives and change the world. “Jesus is compassion incarnate,” she said. “The only way the world will ever know who God is, is if we bear His nature.”

The next day began with an early morning 5K Run for the World with the Territorial Commander in which nearly 100 people participated; 40 others gathered for Sacred Conversations. Throughout Friday and Saturday delegates could visit Trade Central and the Central Territory Historical Museum’s display about Salvation Army ministry during WWII—a well-timed exhibit given D-Day’s 75th anniversary.

Saturday morning’s meetings focused on Compassion, My Mission. The first session introduced the territory’s Mission Imperative with context by Commissioners Barry and Sue Swanson, who explained how the Mission and Strategy Team (MAST) sought to hear what God wants for the territory.

“Think of the bullet points as characteristics of Jesus,” suggested Commissioner Barry Swanson of the Mission Imperative before MAST subcommittee chairpersons were interviewed by Captain AJ Zimmerman in a talk-show format. Captain Corey Hughes relayed the objectives for youth, while Captain David Martinez explained how the emphasis on leadership rather than officer candidates was a more appropriate expression of “calling” and cited the vital role of soldiers. Lindsey Bailey fleshed out the intercultural priority, while Captain Katherine Clausell gave perspective to city mission, quoting the territorial commander, “It’s time to reclaim our cities for God!”

Taking her turn, Major Lesa Davis commented on the priority of spiritual life. “Some say that if we put this first, then everything else will fall into place. Is it really that simple?” she asked. She advocated it is because if Salvationists are tuned into the Holy Spirit and becoming more like Jesus, they will engage in compassionate ministry. “Jesus always calls us to do something,” she said.

The first session was rounded out with praise led by the new Territorial Worship Collective featuring 12-year-old soloist Isabella Rhyne, numbers by the CSB, and a clever BBTC dialogue between contemporary and traditional characters.

The second morning session focused on making a personal connection and commitment. It featured a stunning sacred dance by Major Johanna Pook and her daughter Jordania, an upbeat testimony by Leora Conway, a moving choral presentation of “Grace” by the CSB and a lyrical solo cornet rendering of “Voice of Grace” by Peggy Thomas.

An undoubted highlight of the weekend occurred when Peggy Thomas was inducted into the Order of the Founder in recognition of her exemplary service and contribution to The Salvation Army, foremost as a champion of gender equality, advancing the inclusion of women through music, and as an inspiring and creative contributor to worship music that’s impacted the world.

“We have been celebrating, wrestling with, this weekend the idea of ‘being Jesus’ to people and the impact that can have…If we ever needed an example in the USA Central Territory…it’s you!” the territorial commander commended Peggy, who received a standing ovation.

“A Compassionate Commission” was delved into by Dr. Bill Ury, who passionately explored Luke 10 along with the Mission Imperative, which he characterized as a biblically infused outline and invitation to follow Jesus. He urged Salvationists to count the cost and radically obey Christ. In response, delegates laid their signed commitment cards on the altar.

Musical numbers included “Redeemed” by an ARC gospel choir, a fun calypso-beat “Mourning into Dancing” by the Territorial Youth Chorus, “Living Hope” by Captain Kelly Hanton and the Territorial Worship Collective, and Kurios by the CSB.

Mikal Mathews gave an engaging recitation of Psalm 84:9-12 on which Chief Secretary Colonel Steve Howard based his message, concluding, “The Salvation Army is all about opening doors for people to walk through to new life.” He then asked delegates if they were ready to help them come in. 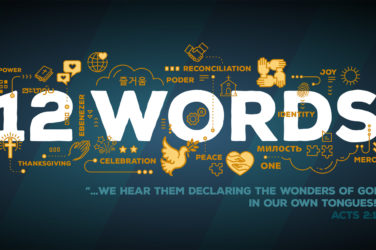 by Karen Young Declaring the wonders of God in our own tongues.—Acts 2:11b, NIV ...

by Dr. Maribeth Swanson Territorial Social Services Secretary Since 2020 the pandemic has impacted ...

How to host a successful community meal