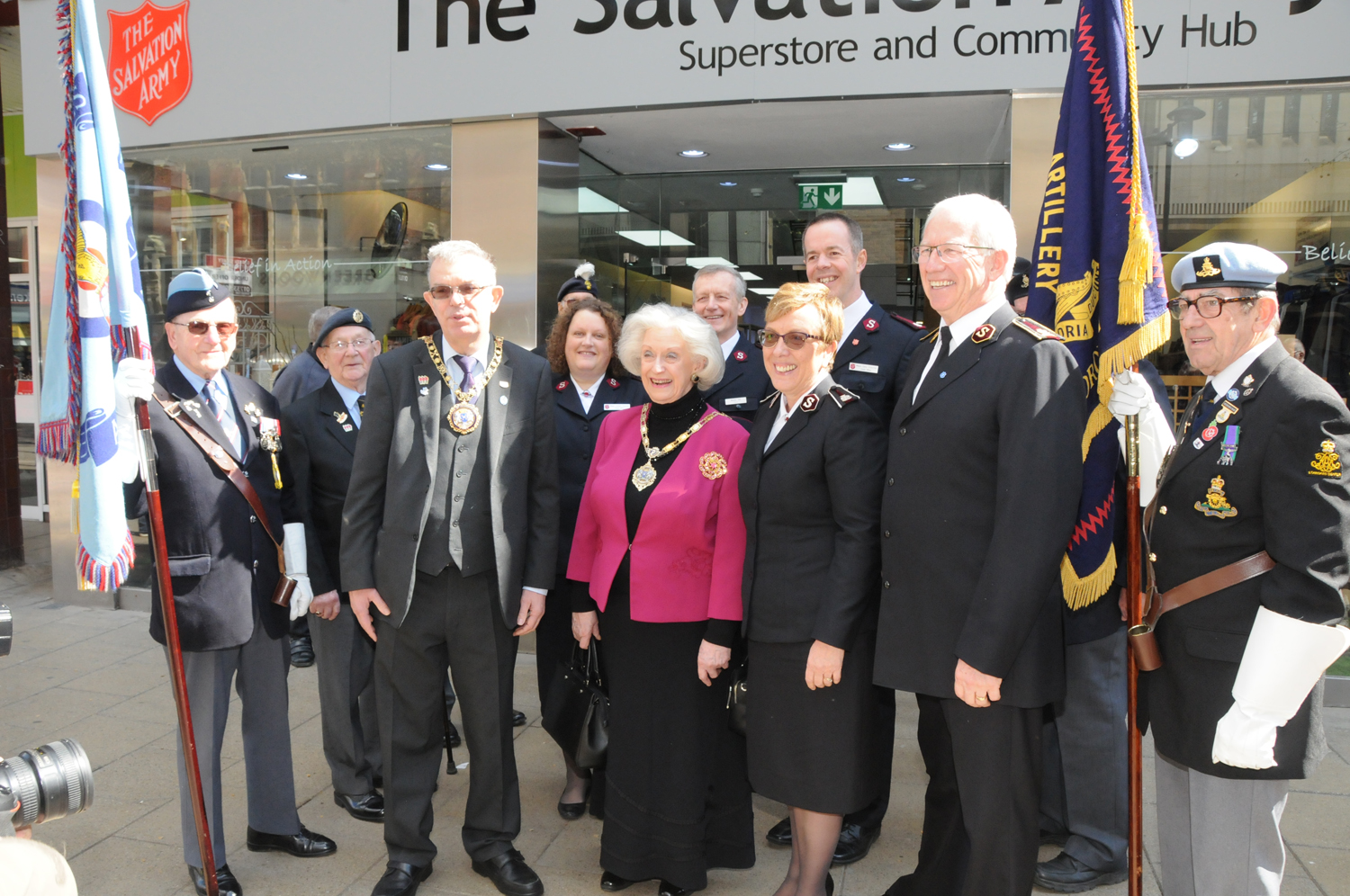 GENERAL Brian Peddle and Commissioner Rosalie Peddle (World President of Women’s Ministries) shared in a number of ‘firsts’ during their visit to Peterborough Citadel Corps (church) in the United Kingdom Territory with the Republic of Ireland.

The weekend began with the opening of the corps’s new ‘Superstore and Community Hub’ in the city centre. The General reminded the large crowd that had gathered of The Salvation Army’s ‘active belief’. After spending time talking informally to the gathered crowds, the General and Commissioner Peddle shared a meal with the retired officers who soldier at Peterborough Citadel

A ‘Question Time’ event at the hall on Saturday evening chaired by corps officer Major Gary Chaundy, saw the international leaders participating alongside the leader of Peterborough Council (Councillor John Holdich OBE), Steve Pettigan from Light Project Peterborough and the Chief Executive of Thomas Deacon Education Trust, Julie Taylor. Each panellist was given the opportunity to answer questions prepared in advance and submitted by local church members. Each panellist contributed from his or her area of expertise, giving the large crowd at this new event a lot to think about. The General closed the evening with a time of prayer that challenged those present to consider who their neighbour is and how can they show them the love of Christ.

On Palm Sunday the international leaders took active roles in worship, and the senior and young people’s music sections added – as they do each week – to the celebration of God’s goodness. Commissioner Peddle shared words of personal testimony, thanking God that she is a ‘sinner saved by grace’. The General preached with power, telling the congregation: ‘Aren’t you glad that Jesus didn’t choose to just be king for a day, but King for eternity?’

Following worship, the whole corps shared lunch together, with the special guests spending their lunchtime with the corps youth group. The young people took full opportunity of asking the General and commissioner lots of questions, including how they met. It was a warm time of sharing and interaction. One of the young people said afterwards: ‘I feel like he’s my friend, not just the General!’

Another first for the corps followed, with the General, Commissioner Peddle and Lieut-Colonel Deborah Sedlar (International Headquarters) leading three workshops to explain their own unique perspectives on the Salvation Army world. These were very popular, with each workshop containing a depth of insight that enriched all who attended.

The final session began with a time of affirmation and praise. The General presented long-service certificates to nine bandsmen, each of whom had completed more than 40 years of service. Commissioner Peddle then commissioned 12 new songsters before the the time of recognition and commitment was concluded by the General enrolling a senior soldier. There was much to thank God for!

Corps officer Major Lorraine Chaundy brought the weekend to a close by thanking the international leaders for their grace and passion in sharing so openly.

by Major Christie Van Zee   The Mission: Literacy resources provided by the American ... 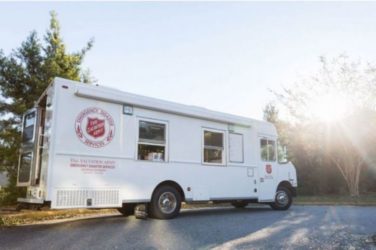 The Salvation Army Stands Ready To Respond To Hurricane Zeta