“There’s a huge emotional benefit from having therapy dogs at disaster response sites in times of crisis and loss,” said Dr. Kevin Ellers, Central territorial disaster services coordinator who also is responsible for chaplaincy and crisis response. “It’s interesting to see how disaster survivors open up so much more quickly with therapy dogs present. The research is clear on what we’re observing in our operations, particularly with first responders and military personnel who really relate quickly to the well-trained dogs,” he continued.

For the last several years the Central Territory has had a partnership agreement with an organization called Hope Animal Assisted Crisis Response (Hope AACR), which provides therapy dogs and their volunteer handlers to work alongside certified emotional and spiritual care (ESC) personnel as part of the Salvation Army’s emergency disaster services (EDS) response.

“When we have an incident where we feel therapy dogs could be of value, we co-deploy the dogs to serve on our ESC teams alongside our trained people,” Kevin continued. “They’ve been a great partnership and a huge help.”

A national agreement The Salvation Army signed last year with Therapy Dogs International (TDI) expands the scope of partnerships with organizations dedicated to helping volunteer handlers get their dogs to where they’re needed the most. The Southern Territory has had a highly positive relationship with TDI as its primary partner similar to the relationship experienced by the Central Territory with HOPE AACR.

For instance, therapy dogs helped provide comfort and care in Wilmington, N.C., when they were part of the Salvation Army’s response to Hurricane Florence. Even if disaster survivors won’t or can’t talk about their experience, the unconditional love of a dog—calm enough to be hugged as tears sometimes flow—helps reduce their stress.

According to Kevin, the dogs have just as much effect on EDS staff and volunteers who typically rotate in and out of a disaster site every two weeks. It’s rewarding yet exhausting work, especially when they’re missing home. The dogs provide a bit of respite so they can continue working and caring for others.

For more information on therapy dogs visit tdi-dog.org and hopeaacr.org 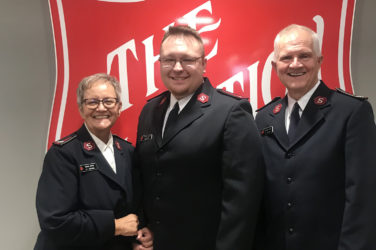 by Lt. Dennis Jolly When I was commissioned as an officer in 2016, I was both excited and nervous to ... 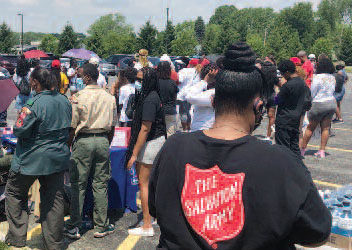 Walking for a better future

by Camerin Mattson Captain Amanda Keene spent Juneteenth—a day for celebrating the end of slavery in the U.S.—passing out water ... 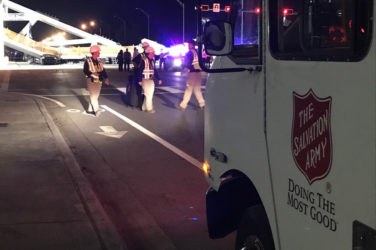 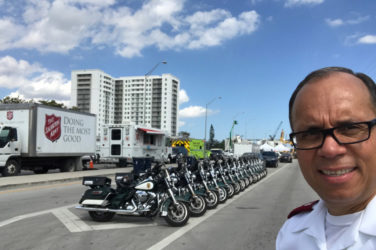 Within hours of the catastrophic collapse of a newly constructed pedestrian bridge on March 15 on the campus of Florida ...