When God first called me to ministry as an 18-year-old during a Youth with a Mission training, I never would have imagined I would be where I am today. And it all started with a simple, “Yes.”

With that “Yes” God led me and my husband to serve Him as a missionary in Guatemala. After two short years our ministry ended unexpectedly, and God led us to The Salvation Army St. Paul Citadel Corps. I was surprised to see all of the ministry opportunities available to officers. After two years back in Minnesota, my family said “Yes,” and thus began the most rewarding and challenging ministry we have ever experienced.

Five years ago we were appointed to Dodge City, Kan., Corps. To be honest, I did not want to go to Kansas, especially Dodge City. Yet, I knew if I was going to serve God and trust Him, then I had to say “Yes” every day. And I am so glad I did.

Because I said “Yes,” I met two boys who lived just a few doors down from the corps, and I was able to show them Jesus and help keep them out of trouble. When their house caught fire and they lost everything, I was able to be there for them—not only providing for their physical needs but their spiritual needs as well.

Because I said “Yes,” I met a family who walked into the corps the Sunday before our vacation Bible school, and I invited them to join us. The mom served as a helper for crafts, and the family “moved right in” to the corps. When we moved, I left them as soldiers and leaders, and I said goodbye to them as friends.

Because I said “Yes,” I saw a young high-school student start attending our youth night. Through our time together as a troop, I saw him learn how to be himself and feel like he had a place to belong.

I can’t take credit for any of these amazing moments, except for saying “Yes” and allowing God to do the rest, but I’m grateful He has allowed me to be a part of it. I thank God for giving me the courage to say “Yes” when I was only 18 and for continuing to lead me as I say “Yes” every single day as I serve Him as an officer. 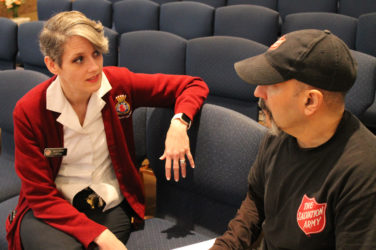 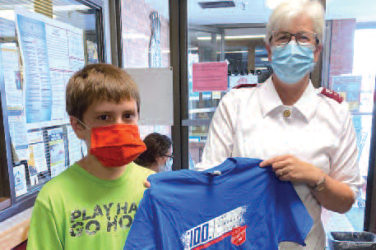 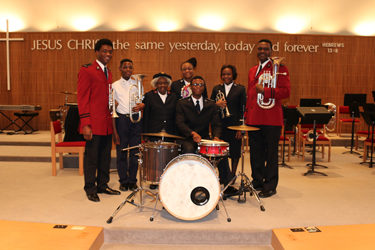 by Colonel Dennis Phillips “Miriam, we don’t need any water. I’m weary, and I need to ...