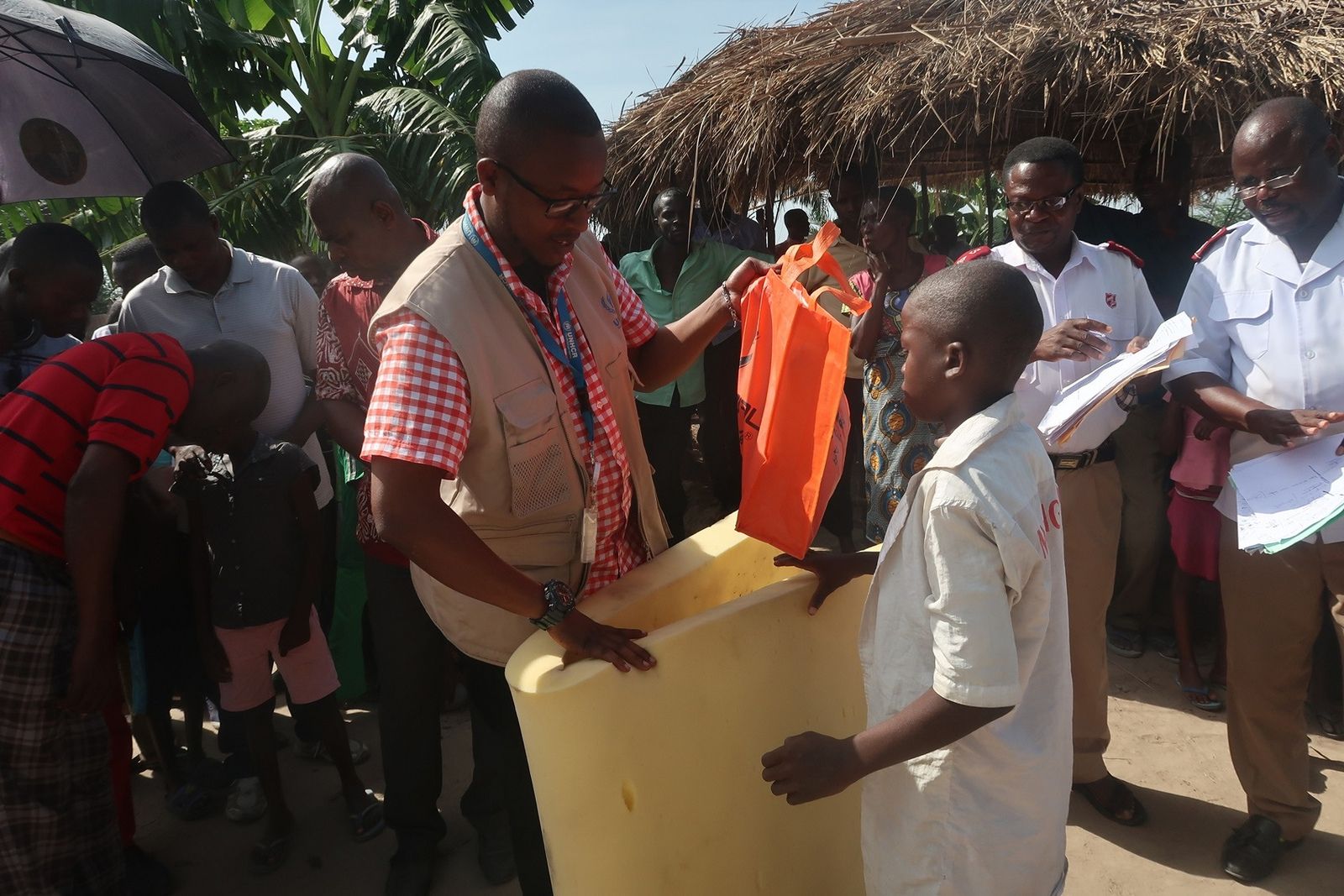 CONFLICT between different ethnic groups which began in December 2018 has resulted in a large migration of people from the Maï-Ndombe region of the Democratic Republic of Congo into neighbouring Republic of Congo. Scores of people have died and around 7,000 people – including unaccompanied children, whose parents have been killed – have crossed the River Congo into the border settlements of Bétou and Makotipoko. The Salvation Army is providing practical, emotional and spiritual support.

In conjunction with the United Nations Refugee Agency (UNHCR) and the Republic of Congo’s Ministries of the Interior and Humanitarian Action, The Salvation Army is working with village elders, local government officials and other non-governmental agencies. The initial priority is on providing emergency food, bedding and protection against disease to 660 of the most vulnerable refugees. This figure includes pregnant and nursing women, disabled people, widows and children who have been orphaned during the conflict.

Because of a lack of suitable accommodation, displaced families are currently sleeping in churches, schools, markets and public buildings, or staying with host families. Mosquito nets are being urgently distributed to guard against malaria and similar insect-borne diseases. Foam mattresses and blankets are also being provided, along with additional clothing items where these are necessary.

To meet nutritional needs, The Salvation Army is distributing rice, salted fish, beans and cooking oil, as well as packed meals. Hygiene issues in the temporary accommodation are being addressed through the provision of soap and buckets.

The Salvation Army has a pre-existing presence in this area but, because of the remote geography of the settlements, the supply route has involved a lengthy boat transit along the river that defines the border between the two countries. A speedboat was provided by UNHCR to assist with the delivery and distribution of relief items.

Donors wishing to support The Salvation Army’s Africa Disaster Appeal can do so securely online.

CSB Sounds of the Seasons clip

by Courtney Rose From a young age I’ve loved the church and its ancientness. I’m attracted to anything theological, biblical ...