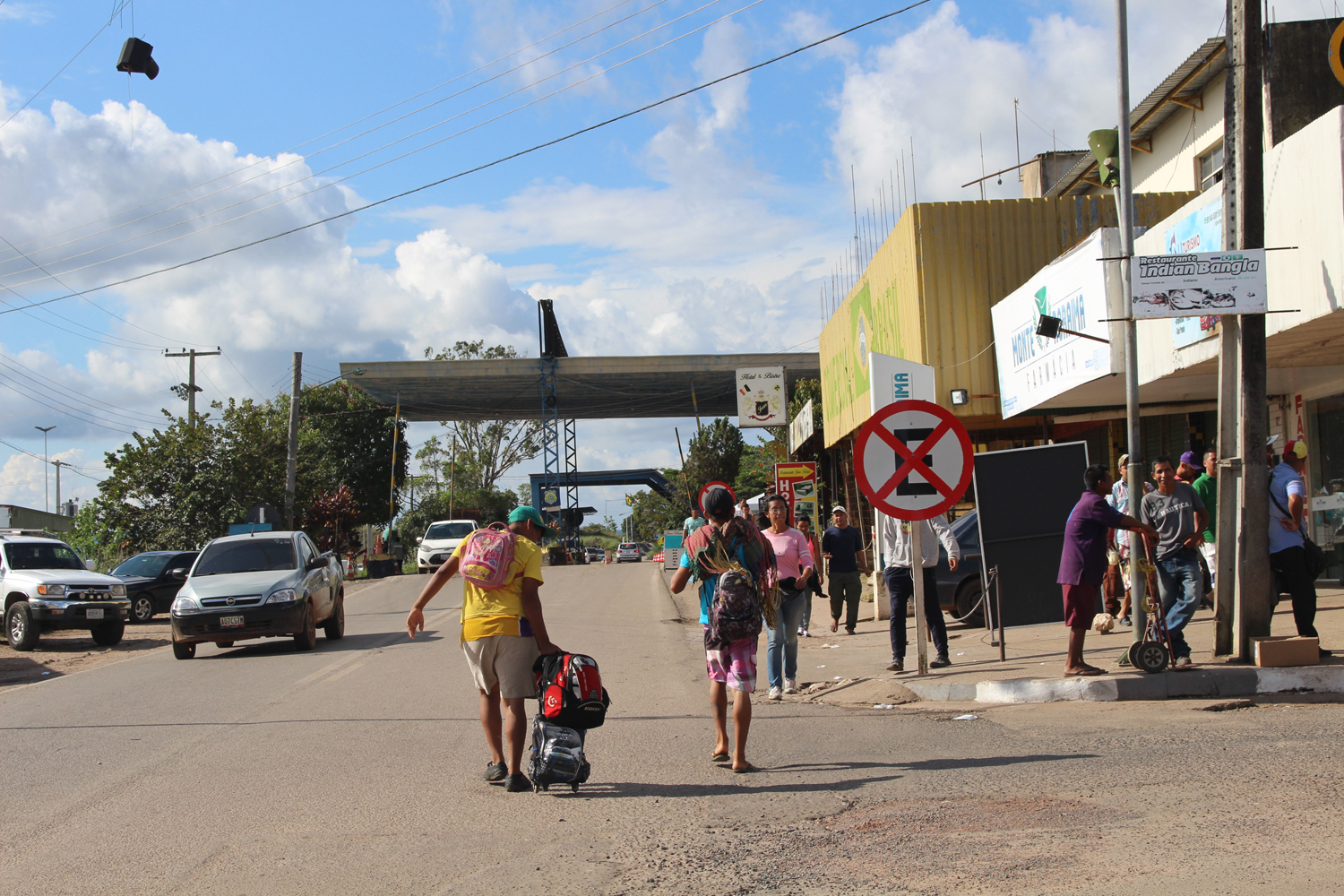 CHRISTMAS may be considerably different for refugees finding themselves in a country and culture alien to their own this year. But as Salvation Army aid worker Lieutenant Paula Mendes reflects, even in the darkness solidarity, goodness, love and empathy prevail. This is a true story of Christ revealed for those who have eyes to see…

It’s the old story, we think we’re going to teach, but we end up learning; we think we’re going to help, but we are helped. I share a little bit of this premise: I went to work with humanitarian aid and I ended up becoming more human. Below are some subjective accounts of things I learned while serving Venezuelan migrants in Boa Vista in the Brazilian state of Roraima.

1) Poverty is no excuse for lack of generosity. Certainly humanitarian work gives us a chance to bless others. But my experience goes beyond that – it includes being the object of acts of generosity from people who would not need to justify themselves if they chose to just receive. A father brings his sheet to help you project a movie. A mother, upon receiving a donation of baby clothes, goes to her room and returns with other pieces, which no longer fit her child, but may fit another. A child who, seeing that his friend’s flip-flop had broken, offers his own shoe so that the other does not have to walk barefoot on the street. All these people are refugees and are generous. They all understand what many of us cannot: generosity, kindness and loving your neighbour are not tied to financial condition. Anyone, anywhere, can show love and care.

2) Every story has more than one side. We have heard much about the effects that the mass arrival of Venezuelans had on the tranquil city of Boa Vista. Increased violence, prostitution, overcrowding of schools and health posts. All this is true. What we cannot do is put the burden of guilt on them for the increase in crime, for example. Many people – including Brazilians – see in the fragility of their neighbour an opportunity to take advantage of the situation. And so the list of crimes committed in this humanitarian crisis environment includes not only petty crimes such as robberies and fights, but also crimes of extortion, exploitation, xenophobia and physical and psychological violence. Many offences go unpunished and unnoticed. To pin the wave of crime and violence on a single people group or to blame only refugees is to look at only a fraction of the story.

3) We are all immigrants. This was the greeting of a priest as he began his speech at a recent symposium on refugees and immigration. Anyone who traces their family tree will find that – somewhere in their history – immigration was present. Therefore, before judging and condemning those who enjoy the universal right to migrate, it takes an exercise in self-assessment and the recognition that we are all equal, living only in different times and migratory cycles.

4) No one chooses to be a refugee. Sounds obvious. But nobody in their right mind chooses to leave their country, to seek refuge and to have to start over a lifetime – a new language, a new culture, leaving behind a family, a history, a flag. Being a refugee is not a choice – it is a consequence of some social failure, crisis or risk; a survival strategy. It’s like a Venezuelan I met on the streets of Boa Vista said: ‘I dreamed of leaving Venezuela to travel to, you know, Spain, for example. I never thought of and never wanted to actually leave my country.

5) There is an embarrassingly-generalised gratitude. This was something visible in many I met – gratitude, respect and even fear in view of the great operation taking place to welcome them. Perhaps the best image of this was to see Venezuelan children, refugees and indigenous people, in a cultural celebration, sing with an enviable diction the Brazilian national anthem. A striking image with a deep message. But at times, gratitude got in the way. When it came to complaining about an injustice or a poor service, many did not feel ‘worthy’ because of the condition they were in. There was also a certain discouragement in the face of reactions such as, ‘you’re getting something and you’re still complaining?’. Or the tiring label of ‘ungrateful’. We need to review the concept of human rights, which is quite different from the concept of charitable welfare.

6) No one is better than all of us together. There are at least 25 different organisations in Boa Vista working for the benefit of Venezuelans. Each one with its protocols, its modus operandi, its uniforms, its rules, its team. Originating from Italy, Norway, the United States, France. Well known names and less known groups. Lots of people, lots of features and maybe too many excuses to work in isolation. But that is not the case. Seeing a common goal, such as celebrating Children’s Day, forces come together. Why would each one host their own get-together, when we can join together and have a great party together? There is a palpable spirit of cooperation between organisations, agencies, the military and volunteers. It is the example that it is not only possible, but necessary to stand together for a greater good.

7) Friendships can be born in unlikely places. We usually seek friendships among equals. So what about a friendship between someone in their 30s and a septuagenarian lady? Or with a four-year-old girl? It’s possible. The lady became a great partner for tours, cafés, exchanging of recipes, rides to church, travel tips and shopping. The little girl? Great company for breakfast and late afternoon. An illustrious guest that appeared in our house while her missionary parents rested from their work among the indigenous. And we said goodbye exchanging gifts and hugs, certain that a good friendship can arise even in the most improbable places.

8) Not always what we want to give is what people need. A basic and known principle that needs to be remembered. It is good when we are willing to distribute clothes, shoes, Bibles and food to people who need them. But the best would be to ask before giving, according to the biblical advice itself ‘…to give to anyone who had need’ (Acts 2:45), and not according to our subjective perception of this need. We may be surprised by what we hear, and moreover, we offer more than our help – we offer the person the dignity to choose. ‘A pair of glasses for my daughter’, ‘using the Internet’, ‘eating biscuits’, ‘I do not want anything for myself, but I have a friend who needs help’ are some of the answers we received and were given the opportunity to do more than the obvious.

9) Worship doesn’t only happen when there are prayers and liturgy. One afternoon we were invited by a family from one of the shelters to attend a child’s party. A simple party, but very cheerful, with Venezuelan music and a good synergy between all. At the end, at the time of singing congratulations, one of the ladies started singing a beautiful song – a blessing sung for the birthday girl. And immediately everyone began to sing. In that solemn moment, I understood that often services are disguised as parties. They invigorate, bring happiness, communion and gratitude. I think that’s why Jesus liked parties so much!

10) It’s possible to smile, even in difficult situations. Like generosity, the smile does not have to be restricted to certain situations either. And for those who, like me, easily lose the motivation to smile because of a headache, a bad day or an irritating person, it’s humbling to see amongst the refugees people with such devastating stories, yet still smiling. Like the young man, a sales executive in Venezuela, who now looks after cars and sleeps on the street to raise money to send to his brother with advanced HIV. Or the girl who left her two daughters in Venezuela and came alone to try her luck in Brazil. Stories told with pain, but also with a smile and the hope found in not giving up.

11) The military can be docile, religious people can be rude. The figure of a military soldier can often be a very serious, imposing – even threatening – figure. However, they do really keep order in the shelters. What many do not know is that inside the shelters there are no armed soldiers. Only in emergency situations does an armed group enter if requested. What we have seen and witnessed is that, beyond their strength, there is also sweetness and humanity behind the uniforms. The military taking selfies with children, asking them about their homework, tickling them and lending them stethoscopes for them to hear their own heartbeat. Setting up volleyball nets, fixing electrical outlets, making cement structures for cooking. Cleaning, organising, storing bicycles. The uniform does not define anyone – the heart does. The easiest way of enforcing order might be with guns and threats. But these soldiers showed a better way – achieving respect that goes beyond physical strength.

12) Chaos does not hinder beauty. Boa Vista is a city that is still experiencing a crisis. However, the parks are clean and verdant, and Christmas here is one of the most festively-illuminated I have ever seen. In the shelters there are Christmas trees, paintings on the walls and background music. Embellishments made by the refugees themselves and even flowers. Is there chaos? Undoubtedly. But there is also beauty – because one does not nullify the other.

Friday – Workshops   Boundaries – When to Say No Turning co-dependent relationships into healthy relationships   Coping With Stress ... 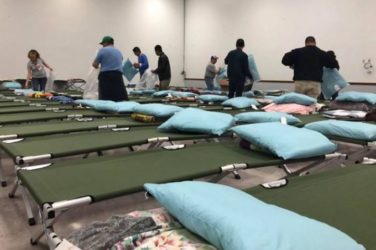 GENERAL Brian Peddle and Commissioner Rosalie Peddle visited the Vatican today for conversation with His Holiness Pope Francis. During the ...