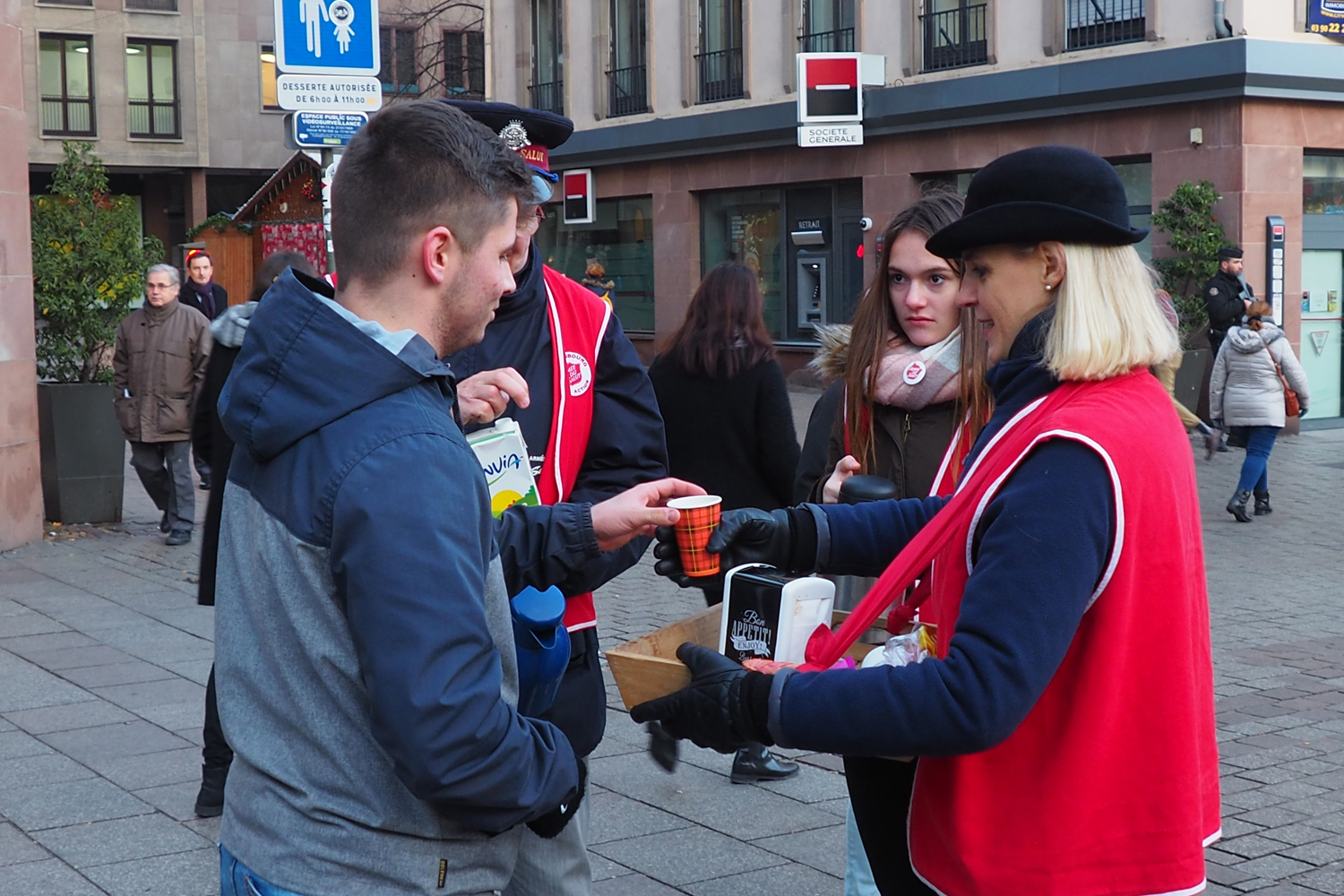 THOUSANDS of visitors to Strasbourg’s traditional Christmas Market were caught up in a shooting incident on the evening of 11 December 2018. Two people were killed in the attack, with 14 injured, several critically. The Salvation Army’s corps (church) in the city is close to where the incident took place, and volunteers preparing for the next morning’s breakfast for homeless people were instructed by police to remain in the building late into the night.

Once the situation was made safe by the authorities, the Salvation Army centre was opened to the public and remained open throughout the day, receiving people who wanted to have a rest, to drink coffee or to speak about what happened. Prayer was also available to those who wanted it.

In addition, four teams of Salvation Army volunteers were deployed onto the streets of Strasbourg to provide coffee, reassurance and a listening ear to those who were shocked by the events of the night. Special efforts were made to connect with the city’s refugee population, many of whom don’t have people they can talk to for reassurance.

Corps officer Major Joël Etcheverry explains: ‘Usually at this time of year we are on the streets fundraising with our red kettles. But today we decided to share hope, compassion, and light.

‘We met policemen, military personnel, tourists, shopkeepers and many Strasbourg people, [a] few [of] who were there during the terrorist attack. We had very deep moments with as many as 150 people. Thank you for your prayers and thoughts.’

From a report by Cécile Nitschke-Clément 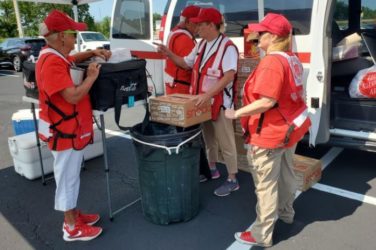 by Captain Debra Osborn   A few short years ago I was sitting in ...