The 98th Sounds of the Season Concert was an anthem of praise unlike any other. For the second time, Walt Whitman and the Soul Children of Chicago joined the Chicago Staff Band (CSB) in concert. Imagine the magnificent sounds of the Walter Hawkins Gospel Choirs of the 1970s or the Chicago, Georgia or Mississippi Mass Choirs of the 1990s; the lush, in tune traditional three-part harmonies you expect to hear from great gospel music; and mature gospel soloists with just the right amount of inflection. Then, imagine this wonderful sound coming from 36 young people, ages 8 to 18.

Walt Whitman and the Soul Children of Chicago featured eight songs in two sets, one devoted to Christmas. Many songs were arranged or adapted by Dr. Whitman himself (a distinction shared with Dr. Harold Burgmayer for the CSB), including the opener “Lift Him up,” “O give thanks,” and “Jesus is right here.” Their sound was incredible, diction crisp and energy unbelievably high! 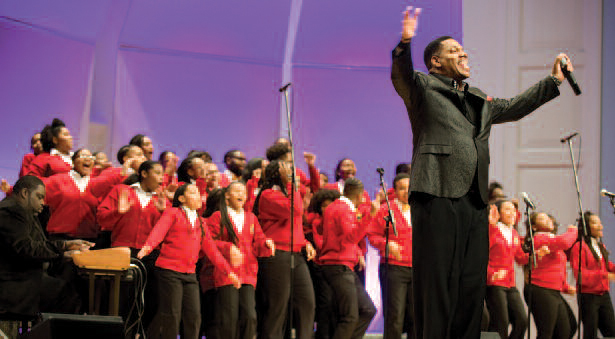 The Soul Children managed classic pieces just as well, singing “Carol of the Bells” and “I want to know what love is”—yes, the 1984 hit by Foreigner. Walt put just the right gospel touch on both Handel’s “Joy to the world,” and “O holy night.” Even the Mervyn Warren arrangement “Joyful, joyful” (familiar from Sister Act 2) was given a fresh, appropriate and well-received facelift. Two choir alumni, as well as an extremely talented rhythm section, supported the choir.

The CSB’s contribution to the evening opened with Thy Matchless King, composed by Dr. Joel Collier, a former student of Burgmayer. Joel didn’t pull any punches with plenty of flourishes, double tonguing and high notes for all—a great way to commence the festive evening!

With Bandmaster Burgmayer at the helm of the CSB for the fourth year, the concert featured several instrumental soloists. Zac Smith energetically and cleanly performed Harold’s arrangement of the Kabalevsky Galop on xylophone, and A/Captain Paul Bowyer flawlessly rendered Stephen Bulla’s Eb soprano solo, The Higher Plane, on Eb tuba. Praise also goes to CSB principal cornetist Beth Malovance for her performance of the middle movement of Edward Gregson’s Cornet Concerto, Intermezzo, subtitled “Of more distant memories.” Beth navigated this movement with a dark sound, agile tonguing and warm emotion. The CSB embraced her artistry with their sensitive accompaniment.

Two major contributions by the CSB had classical influences. In A Salvation Waltz, Dudley Bright weaves the overall styles of Johann Strauss and Maurice Ravel with three classic Salvation Army songs: “Love lifted me,” “This one thing I know,” and “Swing wide the door of your heart.” Kevin Norbury’s Rhapsody on a Theme by Purcell was a perfect brass tribute to the theme most notably used in Benjamin Britten’s The Young Person’s Guide to the Orchestra. Both pieces were performed with a robust, balanced sound, technical proficiency and appropriate nuance.

The evening’s third major work, The Dawning by Peter Graham, was preceded by the CSB singing “There will be God,” featuring Jonathon Weller as vocal soloist. Like the inclusion earlier in the program of Sam Creamer’s spectacular hymn setting of Rock of Ages (Wells), hearing the words sung by the CSB reinforced the potency of this Joy Webb song when the band played the middle movement of this sinfonietta. This was the CSB at their best, displaying mastery of the technical passages combined with a fluid musical line, a hallmark of Burgmayer’s musical vision for the band.

The CSB and The Soul Children of Chicago brought the house to their feet when they combined to perform the popular Donny Hathaway and Nadine McKinnor song, “This Christmas,” to conclude a wonderful event. 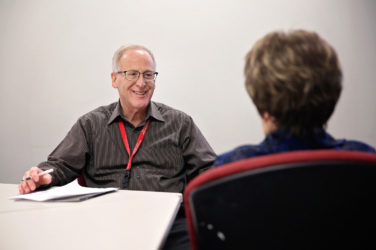 A new partnership with Olivet

by Bryant Erickson Since the Central Territory’s Caseworker Certification Program (CCP) launched in January 2019, more than 950 personnel have ... 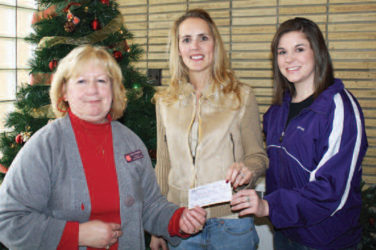 by Matt Schmidt Patty Douglas was key to a Ray and Joan Kroc Corps Community Center being established in Quincy, ... 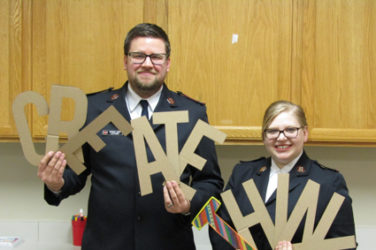