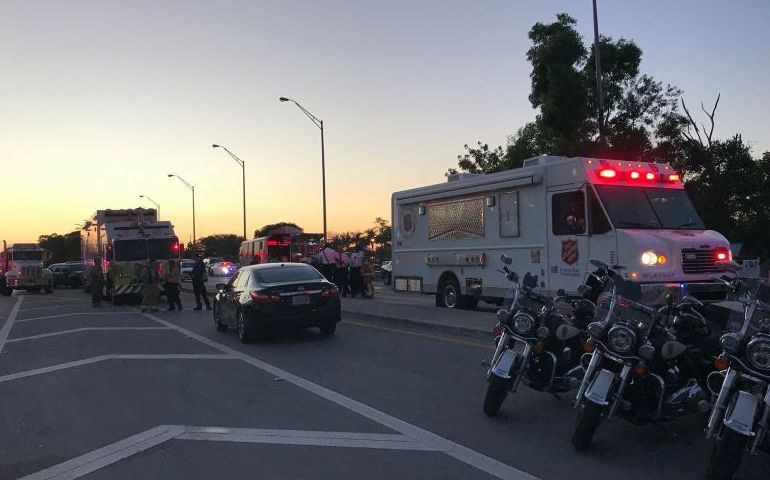 Miami-Dade County, FL –  Within hours of the catastrophic collapse of a newly constructed pedestrian bridge, which connected the campus of Florida International University with a neighborhood that is home to thousands of its students, a Salvation Army Miami-Dade Disaster Services Team arrived to serve first responders. Mr. Raymond Boyd, local disaster services coordinator, began distributing water, coffee and snacks to responders who had been on the scene since 2:30 p.m.  The bridge collapsed onto vehicles that were stopped at a traffic light resulting in six fatalities and multiple injuries.  Florida Governor Rick Scott released additional state-wide personnel to help support the response and recovery efforts.

From leading Southeast Florida response to Hurricane Irma to most recently being deployed as a Critical Incident Stress Management Specialist at Stoneman Douglas High tragedy, Captain Azuaje is once again called to serve.

“As soon as we arrived on scene we were being asked for water and meals,” said Captain Enrique Azuaje, The Salvation Army Miami-Dade Area Commander.  “We are proud to support our first responders wherever and whenever we can.”

The Salvation Army’s first response in times of disaster is mobilizing its canteen to provide food service. A canteen is a disaster food truck most often known for responding to hurricanes and significant weather events.  The truck is a self-contained ‘kitchen-on-wheels’ and can prepare upwards of three thousand meals a day.  But most often it is a cup of coffee or a cold bottle of water that are most needed as first responders take a break from the tragedy they are working.

The Salvation Army disaster team will continue to serve with first responders for the next few days as attempts are made to recover the bridge and those that were lost as the bridge collapsed. 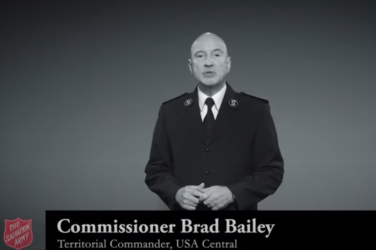 The spiritual and social services programs conducted by The Salvation Army around the globe are referred to as World Services. ...