Colonels Bradford and Heidi Bailey, Central officers currently serving as Chief Secretary and Territorial Secretary for Women’s Ministries in the USA Southern Territory, are appointed as territorial leaders in the Central. Colonel Bradford Bailey is appointed as Territorial Commander and Colonel Heidi Bailey as Territorial President of Women’s Ministries. They will take up their new appointments with the rank of commissioner—Colonel Heidi Bailey on July 1, 2017, and Colonel Bradford Bailey on July 2—succeeding Commissioners Paul R. and Carol Seiler who will be retiring. 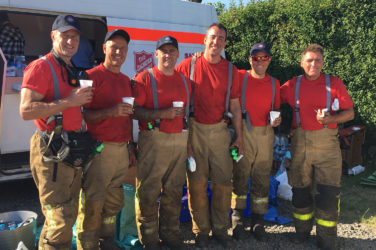 London, 24 July 2018/IHQ/ – WITH much of the northern hemisphere coping with high temperatures and long dry spells, wildfires ...

Salvationists from across the territory arrived in scores to welcome the “Joyful Intercessors” session to the College for Officer Training ...