The Salvation Army in Haiti is providing food and support to people who have been forced from their homes by Hurricane Matthew, the strongest storm to hit the Caribbean in a decade. The full extent of the disaster is only now becoming clear, with more than 400 people known to have lost their lives. Much of the country’s south is still unreachable because the strong winds and heavy rain have damaged and destroyed roads and bridges. The continuing path of Hurricane Matthew also is making it difficult to fly in supplies.

An initial sum of $20,000 has been provided through International Headquarters in London to purchase rice, oil, meat, beans and other basic food items for distribution to some of the people who had to flee their homes and are now living in temporary shelters or “safety zones.” The main location is in Croix-des-Bouquets, where 800 people, including 105 children, are being sheltered. Food is also being distributed in Port-au-Prince, Fonds-des-Negres, Aquin and Petit-Gouâve. The Salvation Army clinic in Port-au-Prince has reopened and can now offer treatment to people who were injured in the disaster.

The funds provided so far will enable The Salvation Army to give beneficiaries a hot meal every day for eight days, buying valuable time to fully assess the situation and discover the most-urgent needs. Repairs will be needed at a large number of Salvation Army schools and other buildings that have been damaged, with several losing their roofs. 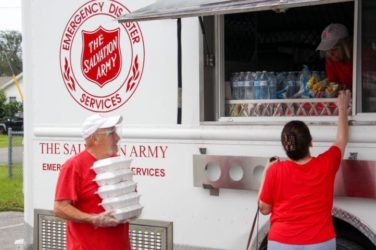 BEFORE Hurricane Sally dropped nearly four months’ worth of rain on the Florida panhandle in four days, The Salvation Army ... 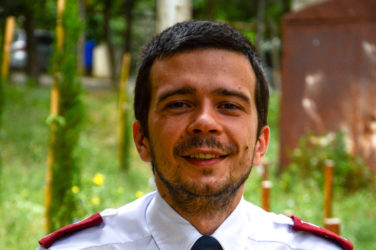 Temo’s Story – from prisoner to probationer in Tbilisi, Georgia

AHEAD of 25th anniversary celebrations for The Salvation Army in the Republic of Georgia (Eastern Europe Territory), the International Headquarters ...