In the late 19th century as thousands of European immigrants arrived on U.S. shores, The Salvation Army experimented with holding meetings in a variety of languages. In 1887, four Swedish-born Salvationists working as laundresses in Brooklyn, New York, obtained permission to open a Swedish-language corps.

Captain Mary and Lt. Annie Hartelius, sisters known as “The Singing Pilgrims,” were appointed the first officers of the corps long referred to as Österns Stjärna (The Star of the East). Within a year Swedish-speaking corps opened in Minneapolis and St. Paul, Minn., then in Chicago, Ill., in 1891. A year later corps opened in Rockford and Moline, Ill.

By 1899, the concept had spread to the West Coast with the opening of the Sjömanskåren (Seamen’s) Corps in San Francisco, Calif. Stridsropet, a Swedish-language version of the War Cry, debuted in 1891 and continued to be published each week for almost 75 years. The first Scandinavian Congress attracted officers and soldiers from 45 Scandinavian corps (which included Danish, Finnish, Norwegian and Swedish-speaking congregations) to New York City in 1896.

Soon after, National Headquarters grouped the Scandinavian corps with nine German-speaking and one Italian-language corps under the jurisdiction of the “Foreign Speaking Department.” Scandinavian departments and divisions were established in the Central, Eastern and Western territories.

Scandinavian corps reached their peak in the U.S. by the 1920s with 37 corps in the Central Territory (15 in Chicago alone), 41 in the Eastern Territory and 16 in the Western Territory. Weekly gospel radio programs were broadcast in Swedish in Chicago and Rockford, Ill., as well as in East Coast cities.

Scandinavian immigration slowed to a trickle during the 1930s (the Great Depression years) and stopped entirely during the 1940s (the World War II years). Eventually the Scandinavian corps began switching their worship services to the English language.

By 1950, the Western Territory had closed its Scandinavian Division, and the Central and Eastern territories followed suit in 1965, the same year Stridsropet ceased publication. The cover of the final issue featured the words of the hymn “Tack, Min Gud” (Thank you, Lord), a fitting memorial to the Army’s Scandinavian ministry in the U.S.

Source: “The Scandinavian Department of The Salvation Army in the United States 1887-1965” by Milton Edward Nelson, 2009 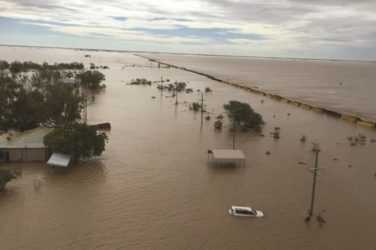 THE Salvation Army in Australia is responding after severe rain caused major flooding in northern Queensland. In the coastal city ...

by Captain Catherine Mount The next opportunity to connect with The Salvation Army could be moments away, as it was ...