How do you encourage 1,000 men in the Central Territory to take a strong, effective stand for Christ in one short weekend? According to Territorial Men’s Conference guest speaker Commissioner Israel L. Gaither, former national commander and chief of the staff, “We’re going to allow the Holy Spirit to have His way.”

The conference at the Lake Williamson Christian Center in Carlinville, Ill., this spring was a time of reconnecting with old friends and meeting new ones. Though from a variety of places and life circumstances, the men were one in accord.

Sprit-empowered meetings were the highlight. The Southeast Michigan Adult Rehabilitation Center (ARC) Singers and band Justified led each session with uplifting praise, followed by inspiring video testimonies, presentations by the Bill Booth Theater Company and a message by Commissioner Gaither.

“It is important for men to make promises,” he said. “Being here is no accident, not by chance. It was planned by God.” He urged delegates to listen and reflect what they each would do with what God said to them during the weekend.

Commissioner Gaither challenged the men with scriptural truths from three men in the Bible: Samson, the Prodigal Son, and Nathan. “In Samson’s day the Spirit came upon a man,” he said. “But in our day the Spirit comes in a man.” In the third session he asked, “Can you hear God’s footsteps? Can you hear the sound of God running toward the prodigal? There have been times when I had to stop and let Him catch me.” His messages spoke straight to the heart, and men lined the altar in prayer each meeting.

“You can make a difference because there is something God wants you to do right where you are,” Commissioner Gaither encouraged them on Sunday. “God wants you to take a stand for what’s right. We need some Nathans. Do we have some Nathans in the house?” His question was answered with a resounding “Amen!”

Major Richard Herivel, territorial men’s ministries secretary, and the conference planning committee had spent considerable time in prayer for the weekend. They incorporated into the plans plenty of time for fun, good food and great fellowship.

There were many sport opportunities from rock wall climbing and basketball to fishing and a golf tournament. There were also more than 40 practical workshops and divisionally led Sunday school classes that offered opportunity for growth. Workshops included topics like: anger management, effective fatherhood, starting a men’s group, witnessing, living a holy life, dealing with sexual and gambling addictions, and men in recovery.

“I don’t like the term ‘rehabilitation,’” said Commissioner Gaither. “We rehab old furniture. But God transforms a life! That’s transformation.”

“Wouldn’t it be good to see men’s fellowship clubs in every corps and institution in the Central Territory as a result of this conference?” Major Herivel asked.

The Men’s Ministries Club of the Year went to the Plymouth, Mich., Corps, and James McSpadden, director of spiritual development at the Southeast Michigan ARC, was named Central Territory Man of the Year. A motorcycle ministry also was inaugurated.

Commissioner Paul R. Seiler, territorial commander, concluded the conference by enthusiastically asking, “Has God blessed you this weekend?” which again was answered by a resounding “Amen!” He then encouraged the men to take a strong spiritual stand for Christ when they returned home.

Indeed, this was the purpose of the weekend: men returning home changed, Holy Spirit-empowered, ready to take a stand for Christ in their homes, at work, in worship and their neighborhoods. Commissioner Gaither summed up, “When you go home there should be no mistake Who you belong to.” 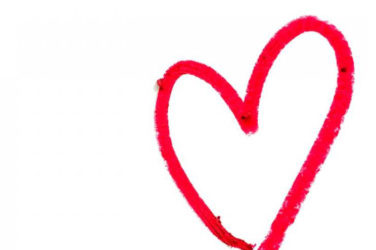