Growing up in a small Ohio town, Ryan Read had more or less raised himself with little moral input from parents who were “way too absorbed dealing with their own dysfunctional lives,” said Ryan. “I had no sense of right or wrong.”

The few things he’d heard about Jesus over the years were as relevant to him as his knowledge about Santa Claus, the Easter Bunny or the Tooth Fairy. He just thought adults needed to believe in something, just like kids did.

“I considered myself an atheist-realist. I was selfish and manipulative, using people and burning bridges wherever I went,” Ryan continued.

In and out of juvenile detention, then jail, Ryan finally ended up in the state penitentiary at age 19 for a crime involving weapons. He was content at first with an affable “lifer” for a cellmate, but his pleasure soon faded when the lifer was replaced by an enthusiastic Christian convert.

Ryan quickly tired of his new “celly,” who often sang gospel songs and shouted prayers and scripture readings at the top of his lungs. In fact, the only thing Ryan could tolerate was his celly’s impressive card tricks.

One day Ryan finally snapped and shouted, “Please, just chill out, man!” His celly’s response? A deal to teach Ryan card tricks if he came to chapel with him that Sunday.

That’s where Ryan first heard Jesus’ parable of the four soils. He recalled thinking it actually made sense to him. But, at the altar call, Ryan just sat in his chair. He thought he heard someone call his name; a few seconds later, Ryan’s cellmate leaned over and whispered, “Tell God, ‘Yes!’”

When Ryan went forward and knelt at the altar, his hearing strangely faded and a vision unfolded: he was kneeling at the foot of the cross as Christ’s blood flowed down over him—imagery totally unfamiliar to Ryan. “When I told people what happened, they went crazy,” he said.

In the following months Ryan was discipled by “two wonderful prison chaplains” and attended Bible studies with other prisoners who encouraged him. “I was overwhelmed by the Holy Spirit,” said Ryan, but when he was unexpectedly moved to another prison, he suddenly found himself in bad soil.

“I ran into some of my old ‘homies’ and soon started back on drugs and hustling,” Ryan said. After his release from prison, he entered a correctional half-way house and immediately resumed his practice of manipulating people, a skill at which he’d become quite talented. He soon wiggled his way into the affections of a female parole officer and moved in with her.

Still in the throes of addiction, Ryan started his first real job as a concrete pourer—and was amazed to discover he was good at something. He took pride in his new-found abilities and was eager to learn more. He worked his way up the company’s ladder to crew leader, but as his success escalated, so did his substance abuse. Soon he lost everything he’d attained. He’d been written off by everyone he knew, including his family.

Ryan tried rehab programs from time to time, but his stays never lasted long. “I thought I had too much game and was above it all. Even though I was a homeless crackhead by then—robbing people and scraping to get by—I couldn’t see myself as ‘being one of them.’ I took pride in the fact I could always find a woman and use her for shelter, money and a car,” said Ryan.

He became a transient, moving from city to city in Ohio, then Michigan, robbing and playing the dope game all along the way. Finally, homeless on a cold winter night and wandering the streets, Ryan came across a Saturday-night church service being held in a high-school gymnasium. He wasn’t ready for repentance but knew he could get help there.

People at the church prayed with Ryan, took him to a shelter and offered to buy him a bus ticket; Ryan felt strangely compelled to go to Cleveland. After first shoplifting some new clothes, he boarded the bus. Ryan remembers stumbling out of the Cleveland bus terminal the next morning. Cold and disoriented, blinking his eyes at the bright sunlight, an Arab cab driver suddenly appeared by Ryan’s side. He said, “Come with me,” and whisked Ryan away in his cab, dropping him off in front of a mission shelter.

“These people can help you here” were the cab driver’s parting words.

Ryan stood outside the shelter for awhile, still struggling with his stubborn pride. It was beginning to dawn on him that Christ was still reaching out; too many doors had slammed shut or opened leading Ryan to this point in his journey.

With nowhere else to go, Ryan walked up the steps, approached the reception desk and asked for a bed. He was shocked when told, “Come back at 4:00 p.m.” That’s when Ryan’s pride finally broke as he begged to come in and just lay down somewhere. Mercifully, he was let in.

During the next year, Ryan was enveloped by Christ’s love while living in the shelter. “The staff poured themselves into me. After 45 days, I was clean from drugs.” He also began faithfully attending a church where Ryan couldn’t do enough volunteer work.

He eventually moved into transitional housing, started college classes in social sciences and immersed himself in church ministry. Ryan was happy to do anything for his church, from janitor work to laying down a new parking lot. He had a natural penchant for talking to people about Christ and often did street evangelism. His pastor became his spiritual father and other godly men stepped in to mentor and disciple Ryan.

Ryan’s ministry responsibilities grew as he faithfully served God. Eventually he was offered the youth pastor position. Ryan is happy to report several of the kids he worked while youth pastor at that church are now serving as missionaries or are students at Christian colleges preparing for ministry.

During this time he caught the eye—then the heart—of Jamie, an associate pastor at the church who’d spent time as a missionary in El Salvador. Now married for six years, the Reads have two young daughters and are happy to be living in Jamie’s home state of Wisconsin. 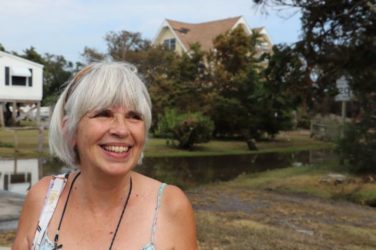 A Helping Neighbor on Ocracoke Island 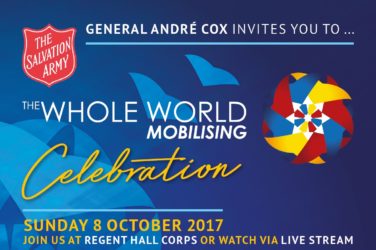 by Jerrie Miller As part of The Salvation Army Outdoor (TSAO) initiative, the Central ...